Gordon Murray knows a thing or two about achieving mind-bending feats of engineering – so it should come as no surprise that his latest project is just as insane as it’s predecessors.

Cast your mind back to 1992. Bill Clinton is US President, the average price of a house is only £63,000 and your favourite LLM – Luxury Lifestyle Magazine motoring writer isn’t even a twinkle in his father’s eye. More important than all this though, is what automotive giants Ron Dennis and Gordon Murray unveiled in Monaco.

The McLaren F1 had a simple goal – to be the ultimate road car. Drawing upon the expertise McLaren had gained during their time in F1, the road car took the best of all the combined knowledge Murray and the team shared to create a breath-taking ode to all things speed and performance. Despite the thousands of design hours ploughed into it, the recipe that was finalised actually remained rather simple. 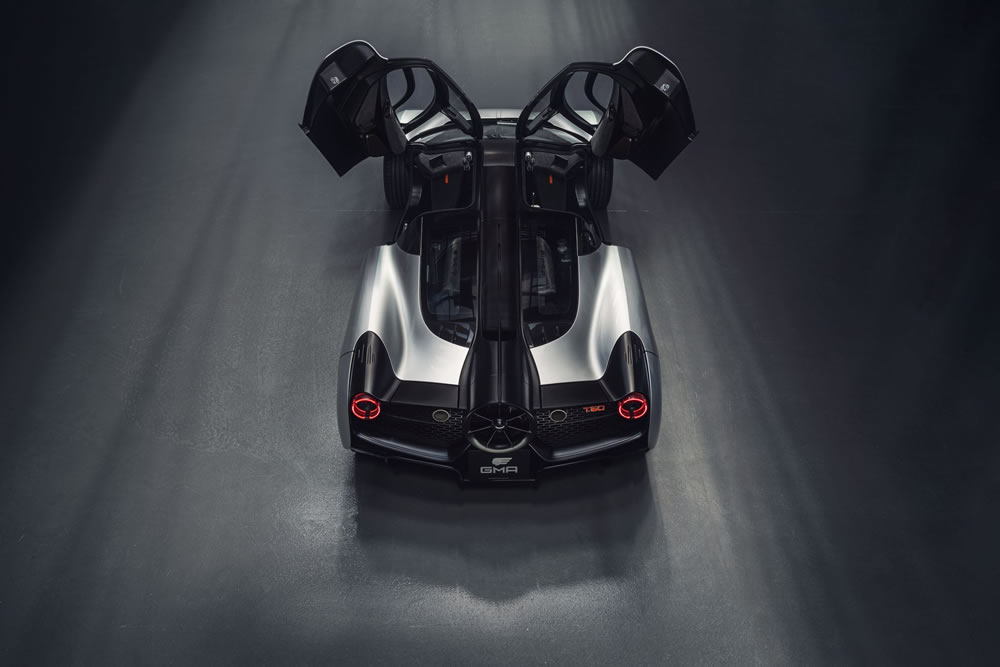 A powerful, naturally aspirated engine was a must – as this decreased complexity and added greater driver control than a forced induction equivalent. The car also had to be light – a carbon fibre monocoque chassis soon saw to that, in fact this was one of the first of it’s kind. The real shocker though, was the central driving position – allowing you to experience the feel of a single seat racing car, without having to put up with the helmet hair. The finished product proved a real gourmet dish, evidenced by the fact a top of the range F1 was sold at auction not that long ago for just shy of 10 million Great British pounds.

Now you may be wondering why the F1 never had a successor and the reason is that it simply didn’t need one. A car that is capable of 240mph really begs the question of ‘where do we go next?’. Now, with modern technology, we have an answer – well two actually. McLaren offered up the Speedtail, which while incredible in it’s own right, had no input from the man himself. Now though, Gordon Murray has given his offering. It’s called the T50 and is nothing short of mesmerising.

Starting outside you’ll notice that there are a couple of styling cues shared between the new car and its ancestor. Most notable of these are the arch mounted headlamps – though more rounded than those found on the F1, they are successful in harking back to the original whilst still innkeeping with the contemporary feel the T50 presents. Roof intakes add to the retro feel of the design; however, this is where the exterior similarities draw to a close. 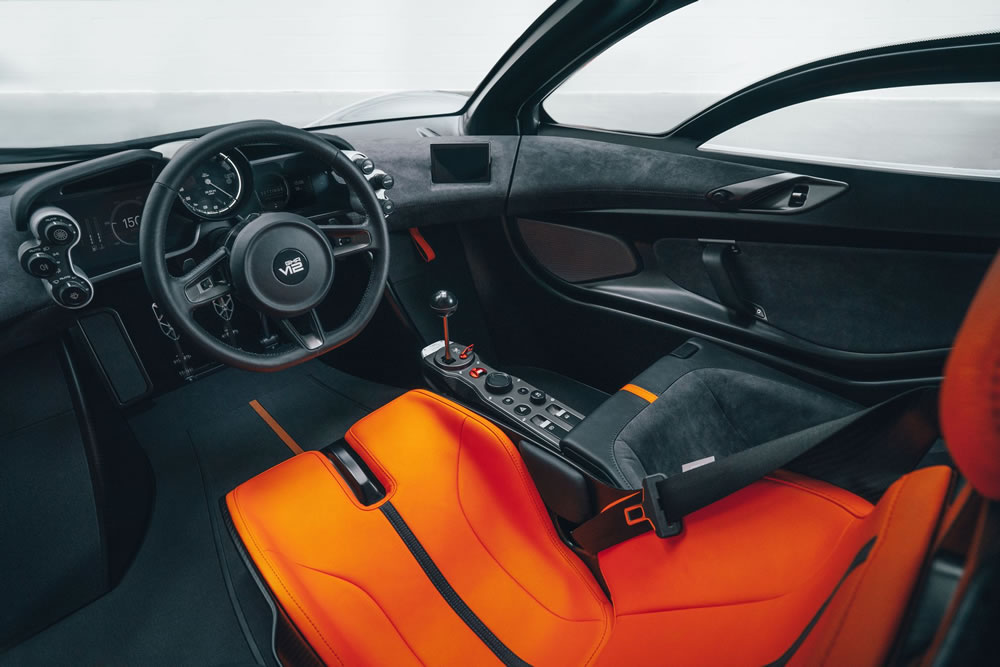 The sleek design, while beautiful, was also required to remain timeless. Murray believes that the harsh lines and excessive aero often found on modern supercars will age quickly – causing the vehicles to soon look outdated and by extension far less appealing on the second-hand market. For the T50, they opted for smooth lines and minimal bells and whistles yet kept the signature central driving position. The net result is a clean looking car, that remains quietly aggressive to the more eagle eyed petrolhead.

Let’s not mess about, we need to discuss driving dynamics. The party piece of the T50, similar to the F1 is it’s remarkably low weight. Even the hottest supercars of today, your Ferraris and McLarens for example, generally weigh in somewhere between 1200 and 1600 kilograms. The T50 on the other hand, makes the big names look like they could use the slimming world treatment – weighing in at just 986kg. This meant that to achieve big speed, the same monster V8’s found in most supercars were not necessary. But this is Gordon, so the T50 features the highest revving V12 ever shoehorned into a production car. The 3.9 litre Cosworth unit is capable of revving out to 12,100 RPM, producing 650hp at it’s peak. You can expect Ariel Atom type acceleration with figures like these and the speed is just the beginning. 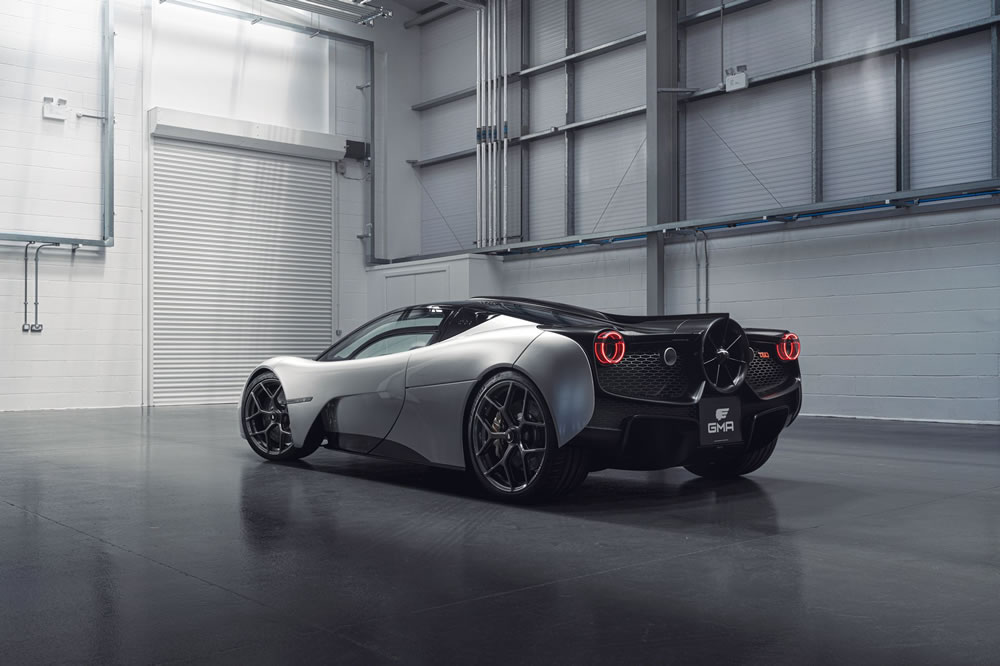 Those who share my slightly anorak disposition will be familiar with the infamous fan car that Murray designed for the F1 circuits way back when. Though the technology was outlawed in Formula 1, the rulebook for road cars is somewhat more relaxed. The principle is greatly complicated and would be better explained by someone much cleverer than myself, but in a basic sense, Murray is making use of something called ‘ground effect’. A 400mm rear fan moves air and that makes the car stick to the road better. That’s really the best I can do. The end result is the most sophisticated aerodynamic system fitter to a road car, meaning the T50’s cornering ability should match the insane performance.

It goes without saying that this will be an exclusive vehicle. With a before tax price of £2.36 million, the owners club is likely inaccessible to most. Even if you do have the cash though, you’d better move fast as only 100 cars will be produced – each one tailored to fit it’s owner perfectly. Could this be the revival of a dying breed of analogue supercars? I think the sound of 12 naturally aspirated cylinders might just sway me.