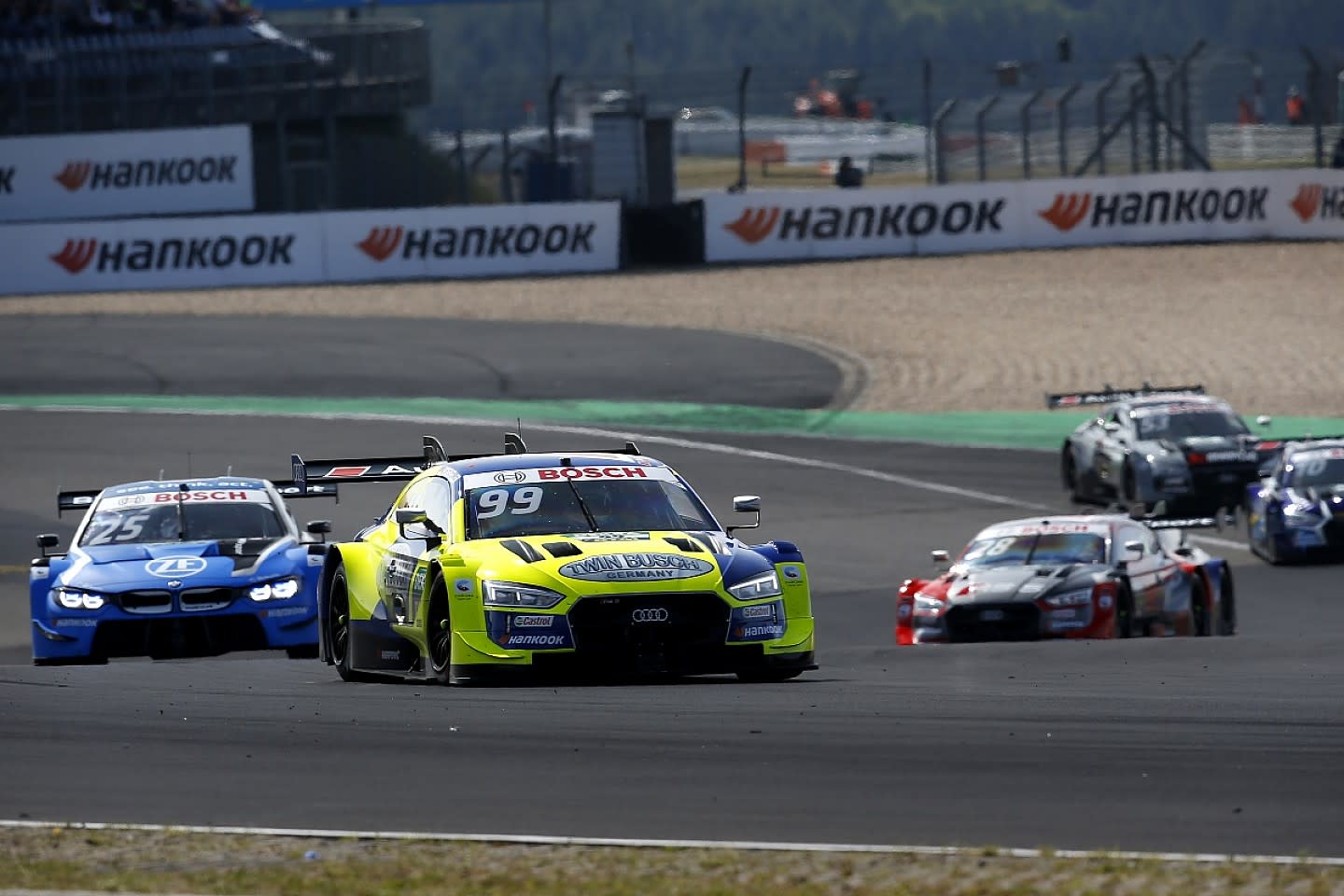 Audi driver Mike Rockenfeller believes GT3-based cars have the potential to offer better racing than the DTM’s current Class One cars, even if they are not as enjoyable to drive.

The DTM announced last month it would drop its current platform in favour of GT3s for 2021, although the cars will undergo several changes, including an increase in power.

The overhaul follows Audi’s decision to withdraw from the DTM as a factory entrant after 2020, leaving the DTM with no option but to abandon the Class One ruleset as it was not possible to continue the series with a single manufacturer in BMW – which itself hadn’t formally committed to next year.

The DTM’s decision to use GT3-based cars has received a mixed reaction, with some questioning the wisdom of the series shifting further from its touring car roots, as well as how the revamped series would stand apart from other championships that use the same regulations.

Rockenfeller admits GT3-based cars won’t offer the “same pleasure of driving” as a Class One car, but the Team Phoenix driver also believes the move away from the current regulations could improve the wheel-to-wheel spectacle in the DTM as those cars are less reliant on aero than their Class One counterparts.

“We know why the DTM is going that route next year,” Rockenfeller said.

“It’s not because we know it’s a best car in way, but it’s the most available car and it’s a really good platform, worldwide these cars are used.

“They are producing great racing, that’s for sure. I think racing can be awesome. And racing can actually be better than what it is now.

“So I think it’s a really good call to do it.

“As a driver if you have a car to win it’s always a pleasure, no matter how it is, because people seem to enjoy Formula E and that also says a lot.

“There’s no doubt from pure pleasure of driving you come down from F1, LMP1, maybe DTM and then GTE, GT3. so that’s clear.

“I’m not saying it’s not enjoyable to drive a GT3, not at all. Just trying to explain.

“The current DTM cars or SUPER GT or Class One, however you want to call it, I think they are very much a prototype. More close to LMP2 to a GT3.”

“It’s positive that the platform is able to keep running because it’s a good platform,” Duval said.

“I think the racing can be very cool, when you see also in Le Mans the racing in GT class is more fun than LMP1 right now.

“So, it can be a really nice racing and fight.

“But the pure feeling behind the steering wheel will never be like a DTM car as it is now, or a DPi or an LMP1 or stuff like that.”