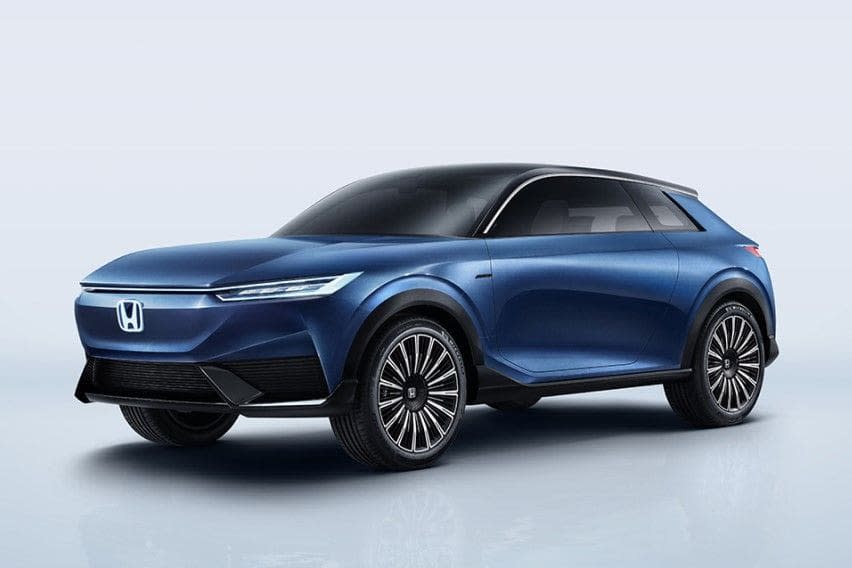 The 2020 Beijing International Automotive Exhibition (aka Auto China 2020) kicked off last weekend, and Honda Motor Company is making sure its presence is felt at the event with an exhibit consisting of three highlights, led by the Honda SUV e:concept.

Representing the direction that Honda plans to take with its Chinese-market mass production models, the SUV e:concept exudes some smart and sleek styling cues made up of soft lines and deep curves. Though it is plenty unique, somehow, we can’t help but be reminded of the Ford Mustang Mach-E as far as exterior looks go.

Although little has been divulged about the concept car, we know that advanced tech will complement the concept vehicle’s futuristic aesthetics, particularly Honda’s next-gen Honda Sensing safety suite, the Honda Advanced Driver Assistance System (ADAS) with improved recognition, predication and decision-making performance, as well as the next-generation Honda CONNECT, which features an  assistant interface managed by artificial intelligence. Smartphone link and wireless updates are made possible by advanced connectivity.

Also on display will be the CR-V plug-in hybrid electric vehicle (PHEV), which will reportedly be Honda’ first Chinese-market car with a plug-in hybrid system. Based on Honda’s original two-motor hybrid system, SPORT HYBRID i-MMD, the CR-V PHEV is already on schedule for a January 2021 release in the Middle Kingdom.

Honda is also showcasing the Omnidirectional ADAS is the next-generation and advanced form of Honda SENSING. Improvements were made possible with the widening of the front camera angle and adoption of 360-degree radar, enabling the system to detect peripheral objects more accurately.

The Omnidirectional ADAS brings Honda closer to its goal of building a collision-free society based on its “Safety for Everyone” initiative that seeks to completely eliminate the possibility of traffic accidents on the road.

Erstwhile Japanese marque Nissan already announced earlier in the month that it will have a display at the premiere Chinese auto expo, spearheaded by the all-new Nissan Ariya electric crossover which, come to think of it, somehow also bears some resemblance with Honda’s new concept car.

Auto China 2020 is now scheduled to take place at the China International Exhibition Center from September 26 to October 5, following its postponement due to COVID-19 concerns.

Hyundai Commits to US with EV Site In Bryan County Georgia