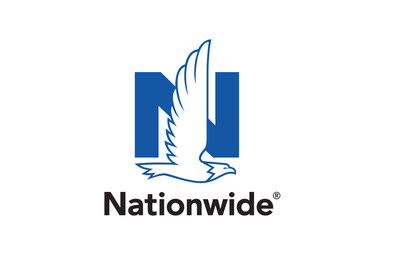 COLUMBUS, Ohio, Sept. 15, 2020 /PRNewswire/ — Despite millions of job losses and spiking mortgage delinquencies, data from the latest Health of Housing Markets Report (HoHM Report) from Nationwide economics finds that risks to the national housing market have fallen thanks to government intervention and record-low interest rates.

Although the COVID-19 recession rained body blows on the U.S. economy in the form of mandated government closures, causing the highest levels of unemployment since the Great Depression, the HoHM report finds the housing market is showing resilience. Amidst the worst of the recession in the second quarter, the national Leading Index of Healthy Housing Markets (LIHHM) fell modestly into neutral territory. But the housing market climbed off the canvas in the third quarter, moving back into the plus side of the ledger with the largest one-quarter increase since 2010.

“Record low mortgage rates and rising incomes drove an increase in housing affordability. Those factors should help to keep housing demand elevated into 2021, assisted by an increased demand for space,” explained Nationwide Senior Vice President and Chief Economist David Berson. “Delinquency rates spiked as homeowners struggled with lost jobs and incomes, but government forbearance options for federally-backed mortgage loans have cut into foreclosures, softening the blow of the recession.”

The HoHM report is a quarterly measure of the health of the U.S. housing market using the LIHHM, a proprietary, data-driven view of the near-term performance of housing markets for the nation as a whole and for 400 metropolitan statistical areas (MSAs) and divisions. For each MSA, the LIHHM uses local-level data to incorporate the unique characteristics of regional housing markets. The focus of the LIHHM is on the entire housing market’s health, rather than a projection of house prices or home sales.

While the U.S. housing market reached positive LIHHM territory in the third quarter, the HoHM report finds there is still cause for concern. Nationally, the unemployment rate in August was 8.4 percent. Regionally, weak labor markets continue to weigh on the housing market outlooks for many metro areas.

As foreshadowed by the record-breaking spike in the unemployment rate in the second quarter, the report found that the COVID-19 recession led to a sharp increase in mortgage delinquencies during the second quarter of 2020. The Mortgage Bankers Association (MBA) reported that 2.1 percent of all mortgages were overdue by 60-89 days while 90-plus-day delinquencies soared to 3.7 percent, levels only seen in the aftermath of the Great Recession.

Despite the rise in mortgage delinquencies, foreclosures dropped to near zero in the second quarter as expanded forbearance provisions and a foreclosure moratorium from the CARES Act for federally-backed loans (from Fannie Mae, Freddie Mac, Federal Housing Administration and Veterans Affairs) allowed most delinquent homeowners to remain in their homes.

“There are stark differences in the types of loans that are going into delinquency, and it tells the story of this recession in a microcosm,” Berson said. “Job losses within the lower-paying service sector have been much higher during the COVID-19 recession, and correspondingly, the types of mortgages that have seen the greatest rise in delinquencies are those backed by the Federal Housing Administration, which concentrates on lower-income/lower-asset homebuyers, along with the easiest lending guidelines.”

About 6.4 percent of conventional, fixed-rate mortgages backed by Fannie Mae and Freddie Mac were past due, but delinquencies soared to 15.6 percent among FHA mortgages.

Across housing markets nationwide, the report found that low mortgage rates, mortgage payment forbearance, a shift in housing preferences with a jump in the demand for “space” and increases in employment as the economy has begun to recover helped to improve the near-term sustainability of housing markets, even as delinquencies dragged down rankings compared with the prior year. Still, LIHHM rankings show that the housing health of over half of the 400 MSAs measured have declined since the year-ago period.

More information about the HoHM Report, including the methodology used, can be found at blog.nationwide.com/housing. The HoHM Report is released on a quarterly basis online and in print.

Nationwide, a Fortune 100 company based in Columbus, Ohio, is one of the largest and strongest diversified insurance and financial services organizations in the United States. Nationwide is rated A+ by both A.M. Best and Standard & Poor’s. An industry leader in driving customer-focused innovation, Nationwide provides a full range of insurance and financial services products including auto, business, homeowners, farm and life insurance; public and private sector retirement plans, annuities and mutual funds; excess & surplus, specialty and surety; pet, motorcycle and boat insurance. For more information, visit www.nationwide.com. Follow us on Facebook and Twitter.

Nationwide, Nationwide is on your side and the Nationwide N and Eagle are service marks of Nationwide Mutual Insurance Company. © 2020