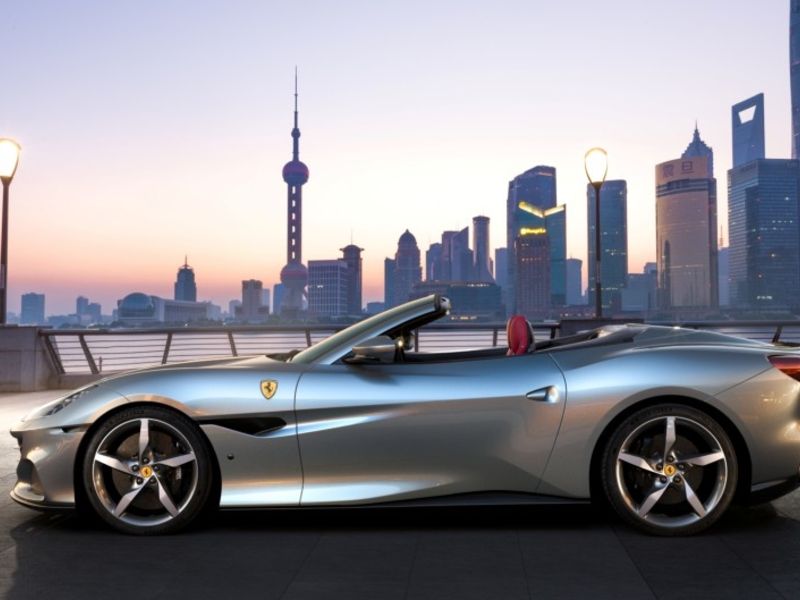 Ferrari has upgraded the drivetrain in the Portofino convertible to give it the same specifications as its sibling, the Roma coupe. The result is what it calls the Portofino M, but the automaker says the two cars will appeal to very different customers.

The 3.9-liter front-mounted V-8 gasoline engine in the Portofino M — the M stands for modificata, Italian for modified — produces 612 hp, up from 592 hp of the current model. The more powerful engine is coupled with an eight-speed dual-clutch transmission first used in the Ferrari Stradale, rather than the seven-speed unit in the Portofino.

Compliance with Euro 6d emissions standards required the installation of a gasoline particulate filter, said Ferrari engineers, who in turn also had to make modifications to the camshaft and engine calibration increase the car’s horsepower.

Ferrari also redesigned the Portofino M’s front end, a move made for “technical reasons,” chief designer Flavio Manzoni said on Wednesday during an online news conference to introduce the car.

The Portofino M is the seventh of 15 Ferraris to be launched between 2018-22. Arguably the most anticipated model in that group is the Purosangue crossover, which is due in 2022.

An eighth car — as yet undisclosed — will be unveiled before the end of this year.