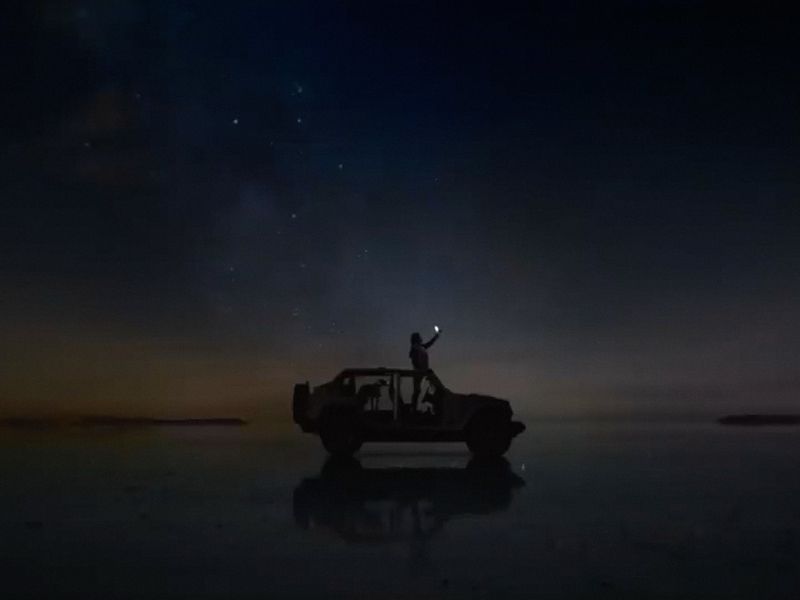 Electric vehicles, despite years of hype, remain a niche offering in the U.S. But automakers have made them a priority to insulate themselves from the growing threat of regulations targeting fossil fuels, especially globally, where rules are often strict.

FCA “has been slower to electrify than other automakers, but they certainly are heading in that direction,” said Autotrader analyst Michelle Krebs. “Jeep, and all the automakers, have to be prepared if we have a change in administration and change in Congress — we may start catching up to China and Europe in terms of regulations over emissions.”

Marketing will play a key role for Fiat Chrysler as it seeks to convince skeptical consumers that electric Jeeps meet standards expected by fans of the off-roading brand, whose “go anywhere, do anything” ethos dates back to its 1940s founding as a military vehicle created for Allied soldiers in World War II.

The new ad, which comes from Doner, pushes the Wrangler 4xe, a plug-in-hybrid gas-electric model that the brand says is “capable of up to 25 miles of nearly silent, zero-emission, electric-only propulsion.” The spot takes a cosmic view, beginning with a reference of the shot taken from Voyager that showed the earth as a tiny speck. Sagan famously lobbied NASA to have the spacecraft to turn around and take a final shot of the planet just before its cameras were shut off forever.

The image formed the basis of his 1994 book, “Pale Blue Dot: A Vision of the Human Future in Space.”

“Carl had worked since 1981, more than 10 years, trying to lobby NASA to see why it was a good idea to turn Voyager 1’s lens forward,” Druyan says, recalling resistance at the time that claimed the one-pixel shot did not have scientific value. “Carl understood that the Voyager 1 image sits at the intersect where art, science, philosophy, culture, our humanity, meets in one place. You don’t have to have an advanced degree to analyze this photo from the outer solar system: it tells you instantaneously about what our true circumstances are.”

It is, she adds, “an indictment of every fundamentalist polluter, tribalist. Everyone who tries to divide us stands debunked in front of this image.”

Francois had been toying with the idea of turning the image into a Jeep ad a year before he even approached Druyan. Doner had brought the concept to him in an attempt to use it in a Super Bowl ad celebrating Jeep’s 75th anniversary.

“It was so perfectly written and romantic,” Francois recalled in an interview. He compared it to another one of the automaker’s ads that used historical language — the 2013 Super Bowl ad for Ram that repurposed radio legend Steve Harvey’s “So Good Made a Farmer” speech at the 1978 Future Farmers of America convention.

But ultimately, at the urging of then-CEO Sergio Marchionne, the automaker opted for another ad to mark its anniversary — an ad called “Portraits” that ran in the 2016 Super Bowl, featuring photos of famous people who have links to Jeep. Francois says he remained “madly in love” with the Sagan ad concept but after his initial approach to Druyan, “it became clear it would be a very long, long shot.”

“Clearly she is not going to give away her late husband’s voice, spirit, soul — everything — to sell more SUVs,” he says. “The more I speak with Ann the more it becomes clear the project will run into a dead end.”