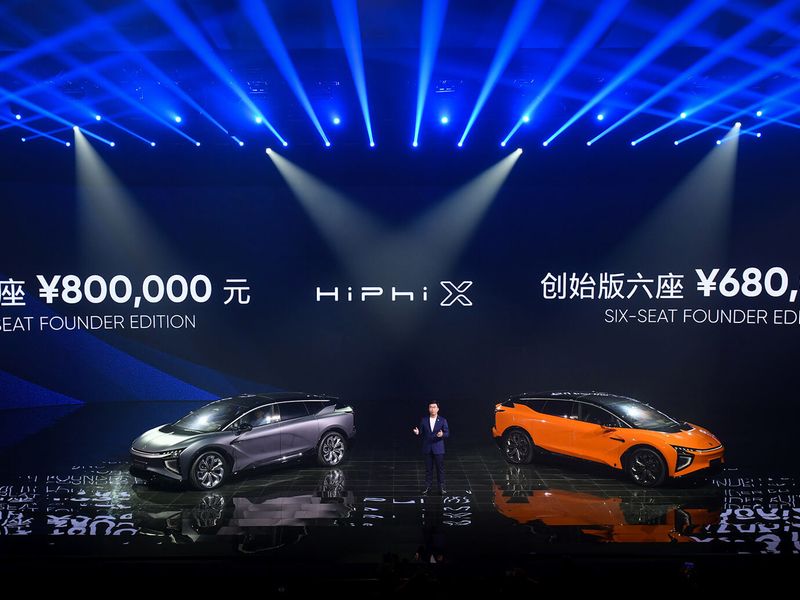 The HiPhil X is being positioned as a sporty electric SUV under the premium brand for connected EVs.

Powered by 220-kilowatt front and rear dual electric motors and a 97-kilowatt-hour battery pack, the HiPhil X has a range of 630 kilometers on one charge under NEDC standards.

Human Horizons was established in Shanghai in 2017 by Ding Lei and Phil Murtaugh, two former senior executives at SAIC-GM.

The company plans to start production of the HiPhi X in the east China city of Yancheng at the end of the year. The vehicle is slated to go on sale in the first half of next year.