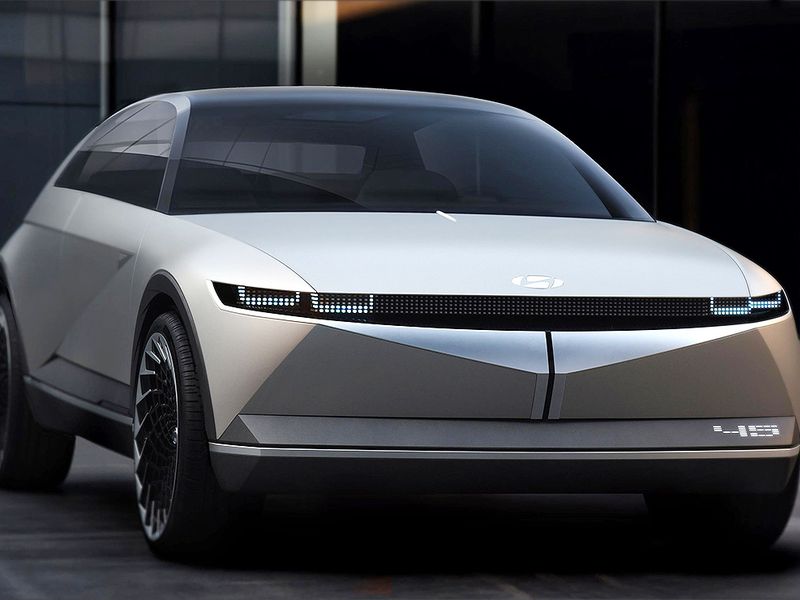 Hyundai Europe is poised to further boost its green credentials in the region with the help of three new full-electric vehicles over the next four years from its recently launched Ioniq stand-alone EV brand.

The offensive will start with the Ioniq 5, a midsize crossover scheduled to debut in Europe in mid-2021. The Ioniq brand’s first vehicle will be based on the Concept 45 shown at the 2019 Frankfurt auto show. The crossover will be followed in 2022 by the Ioniq 6 sedan while the Ioniq 7 large SUV is due in 2024.

All three models will be based on Hyundai’s new electric Global Modular Platform (e-GMP).

“In a relatively short span of time, we have the potential to become be the biggest provider of EVs in Europe, especially with the new lineup of dedicated EV models under the new Ioniq brand,” Hyundai Europe President and CEO Michael Cole recently told Automotive News Europe.

Cole based that prediction on his estimate that Hyundai will sell about 60,000 zero-emissions vehicles this year.

At that volume, Cole said Hyundai already ranks as one of the biggest players in Europe’s EV sector.

Hyundai said it decided to make Ioniq a stand-alone brand “in response to fast-growing market demand” and to accelerate the automaker’s push “to lead the global EV market.”

Hyundai and sister brands Kia and Genesis aim to sell a combined 1 million battery-electric vehicles by 2025, which the company believes will give it 10 percent of the global EV market. Hyundai’s portfolio of eco-friendly vehicles also includes, hybrids, plug-in hybrids and fuel cell vehicles.