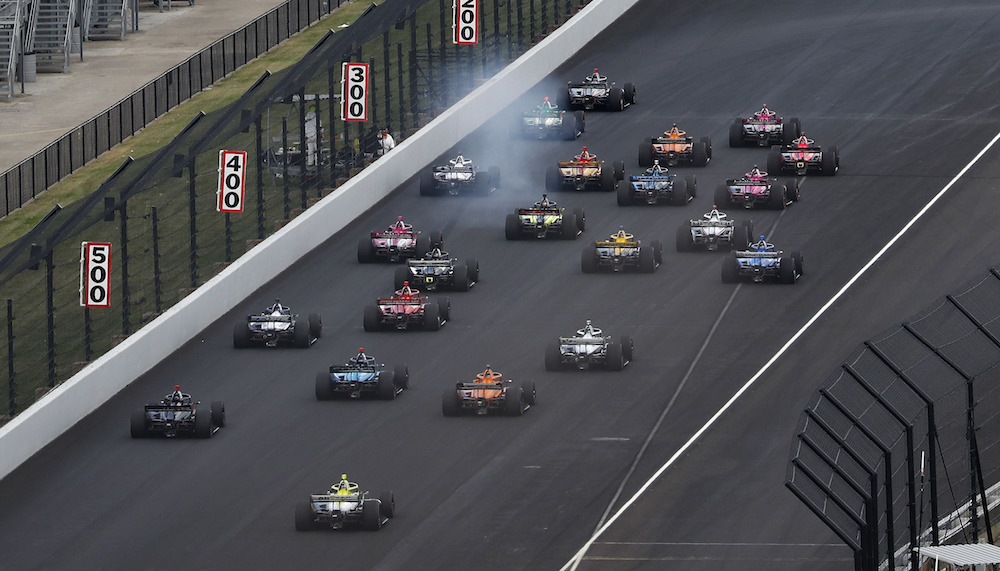 With a pair of new engine supply contract extensions in hand, the NTT IndyCar Series is armed with its best argument to make for a third manufacturer to join Chevrolet and Honda on the open-wheel circuit in 2023. As the summer months wound down, and the financial ravages from COVID-19 were continually felt by the two car companies, getting those all-important signatures were far from guaranteed.

Arriving at the place where the deals could be announced earlier this month took considerable effort by the series, as mounting turmoil in the domestic economy from a pandemic, and rapid changes to technology and buyer demographics in the automotive world, made for a prolonged negotiation process that could have gone either way.

MILLER: DRR’s at an IndyCar crossroads

The Week In IndyCar, Oct 9, with Will Power

Sato checks in with Behrends for new BorgWarner portrait

“Well, I would say we were very close to getting it done early in the year, as we took on responsibility for the IndyCar Series,” Penske Corporation president Bud Denker told RACER. “Now (IndyCar president) Jay Frye, and myself, and Paul Ray from Ilmor, and of course, Jim Campbell from Chevy and Ted Klaus from Honda Performance Development, the group here drove this. I know each of those folks very well, so I was able to stay connected to all of them and continue to help Jay move things along.

“I would say that we were close to getting it done pre-COVID, but then, as you know, life changed and everybody’s world changed, including the Speedway’s, including Chevy’s and Honda’s; but we never lost the intention or objective of getting it done. It was just a matter of reestablishing our connections, getting these companies like Honda and Chevy back into production, getting people back working again, including ourselves with some direction.

“Really, it was a combination of pulling it together, pre- and post-COVID arrival.”

As multiple manufacturers have been busy announcing their upcoming departure from all manner of racing championships, Chevy and Honda were presented with an easy exit strategy to follow. One brand was more interested in going hybrid than the other, and, with costs as a central concern to manage, questions on if and how all parties might move ahead with a 2.4-liter twin-turbo V6 aided by a spec kinetic energy recovery system became the subject of passionate debate behind the scenes.

In both cases, and after intense efforts to reach bi-partisan agreements. the decision by Chevy and Honda to recommit to IndyCar and its new hybrid engine formula came as a powerful counter argument to those brands who’ve opted out of the sport.

“Are there always challenges in the language of your agreements, in the contract of your agreements as such?” Denker asked. “There are, so we were looking at, of course, the right time to start the 2.4-liter hybrid engine formula with all the things taking place in the world right now. Originally, we had targeted 2022, but pushing that to 2023 made so much sense.

“These manufacturers were focused on other things beside IndyCar, and I think now, with the launch being 2023, it not only allows everybody to get their proper protocols and technology and teams together, but also importantly for us, as we look at a third manufacturer. What third manufacturer could develop and pull strings together in 18-month time period to have an effective program 2022? Nobody. So, 2023 is the right date.”

In a July interview, IndyCar Series owner Roger Penske said Ferrari was his sole focus for securing a third manufacturer. With the new engine formula confirmation and commitments from both Chevy and Honda, Denker says talks with the famous Italian brand continue, and other manufacturers have joined in the conversation regarding 2023.

“The ongoing dialogue (between) Roger and Ferrari is the closest opportunity here because that dialogue continues,” Denker added. “And when I say who’s having a dialogue, it’s Roger Penske. I give him great credit to develop those conversations, and they continue. Are there are others interested? Yes. But I think the most material conversation still continues to be Ferrari. When Roger Penske’s driving it, I give that some good credibility.

“I think the fact that we announced a significant timeframe here – to 2026 – that’s important. That has runway. Think about how we actually have a six-year runway, from ’21 on out to 2026, with a program to allow us to plan, to build the series, bring more teams into the series.

“To bring more teams into the series, we’ve got to have more engine manufacturers; we’re all over that.”

That’s where the new six-year-long faith expressed by Chevy and Honda in IndyCar can only help Penske, Denker, Frye, and others at the series to land a third manufacturer. Presented with a fresh regulatory start in 2023, Denker believes IndyCar’s reboot as a series that embraces hybrid technology could succeed where its current non-hybrid rules have failed to land a third supplier since 2013.

“With that runway, it allows others to say, ‘I know we’re going to have two great manufacturers, Chevy and Honda in the sport. There’s more opportunity for us now to come in, have enough development time, and have a proper engine and proper technology to be part of this series,” Denker said.

“So there’s no coincidence on the timing or what technology that’s coming, and that allows others to see these announcements and maybe raise their hands. If you build it, will they come? We’ll see.”