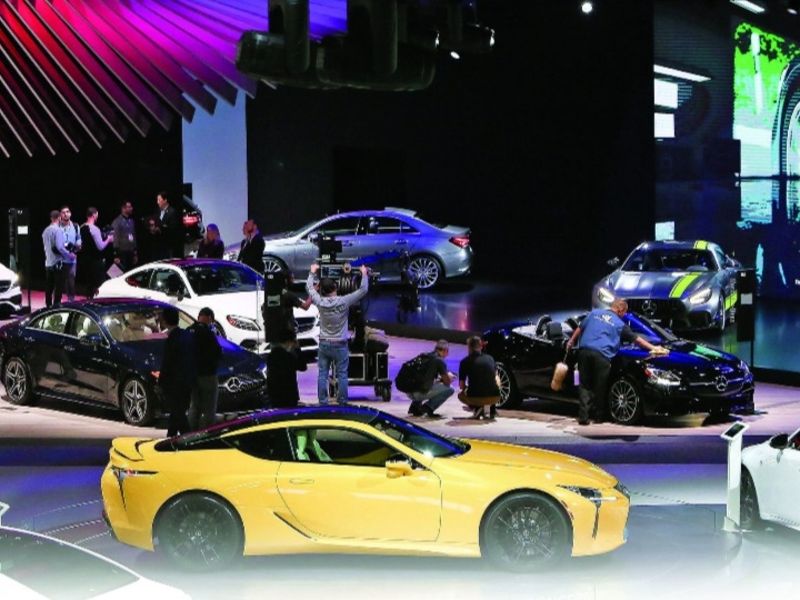 Then there’s the question of splash: If automakers all jam into New York in hopes of hitting consumers at all three shows, it might make sense to move a reveal to one of the other shows to grab more of the spotlight. This is the basic logic that’s kept the February Chicago show relevant, as at least a smaller player in the reveal game over the last decade or more, even though its consumer attendance and facilities are top-notch.

Toyota is the largest automaker that still firmly believes in the value of auto shows, regularly dispatching its top executives to the Detroit, Chicago, New York and Los Angeles venues and using each to highlight at least some new derivative or trim model, if not a new vehicle or concept.

Jack Hollis — who until last month ran Toyota Division for Toyota Motor North America and now is senior vice president, automotive operations group — said the automaker has “become accustomed to developing multiple contingency plans for all of our activations, and auto shows are no different.”

Hollis said Toyota times its reveals based on many factors, including vehicle production and on-sale dates. “The prospect of three successive months of auto shows is an exciting new development we are factoring into our overall strategy,” he said.

Whether the jammed calendar stay that way as next year’s auto show season draws closer remains to be seen. Leaders of Detroit’s auto show — which was moved from January to June this year before COVID-19 struck — released a statement last week indicating the event will go on as planned, despite the L.A. show’s decision.

Rod Alberts, the Detroit show’s executive director, called the L.A. move “not good for anyone” and said it puts auto companies “in a tough situation, both logistically and financially, with so many major shows close together in the spring and early summer.”

Alberts said the Detroit show’s plans “have been clear since the moment we canceled our June 2020 event earlier this year. We’ve stayed in line with our plans established almost two years ago. We’ve continued to be in close contact with all the auto companies since we announced the cancellation of our 2020 show, and we are well into the planning stage to host next year’s event from June 11 to June 26.”