Maserati Grecale SUV To Use PHEV, BEV And Turbo Power To Become Its Best Seller 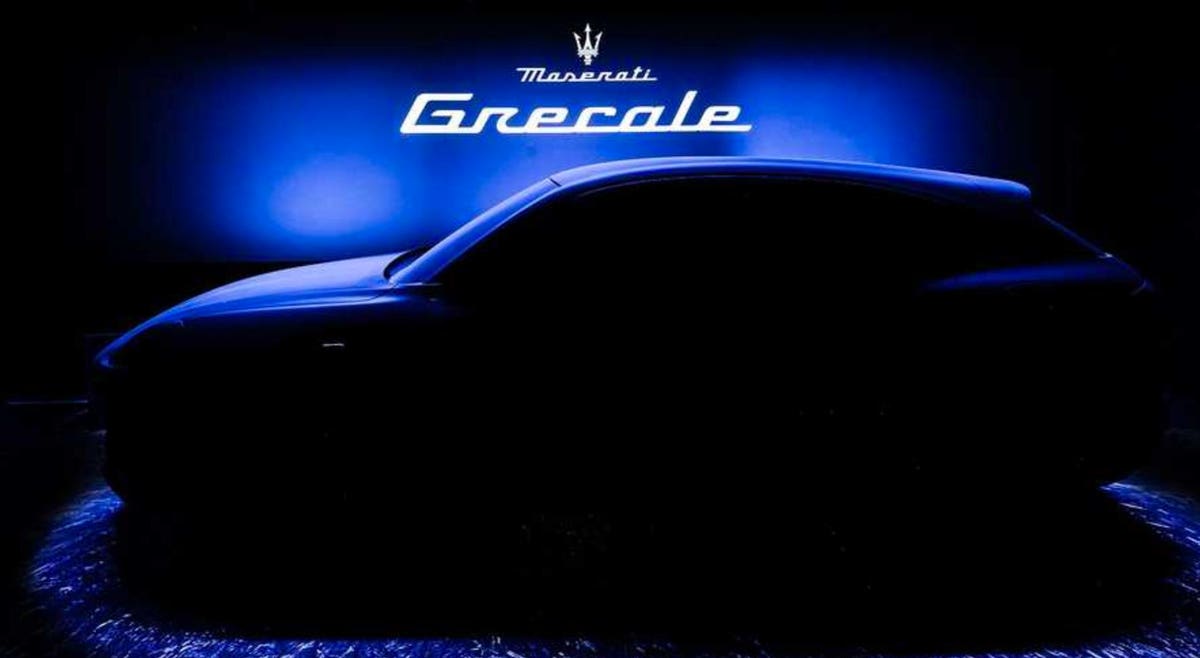 Another year, another revival plan at perennially beleaguered Italian premium car brand Maserati, this time with multi-powered compact SUV called the Grecale as its star player. And it will even arrive with an electric vehicle option.

While the Modena marque unveiled its $230,000 MC20 mid-engined supercar last week, it also showed a teaser of the Maserati Grecale SUV, due to arrive next year.

With pre-production cars due to emerge early next year, it will be sold with four- and six-cylinder petrol power, plus plug-in hybrid and pure EV powertrains, and it will effectively replace the Ghibli sedan, which will not be directly replaced after its production ends next year.

Sized to sit beneath the current, underwhelming Levante SUV, the Maserati Grecale will likely be based off the Alfa Romeo Stelvio’s architecture.

While Maserati refuses to admit that the Grecale, about the size of a BMW X3 or a Porsche Macan, shares parts with the Alfa Romeo Stelvio, it has just tipped $1 billion into upgrades at the Cassino plant, near Napoli.

Not coincidentally, the Alfa Romeo Stelvio is built in the Cassino plant, near Napoli.

The Grecale can squeeze in an electric motor between the twin-turbo V6 and the transmission, and Maserati has confirmed it will have both plug-in hybrid and pure EV versions.

Maserati already believes the Grecale will be its biggest seller as part of a push to electrify the brand and meet the EU7 emissions rules, which apply a penalty of €95 for each gram of CO2 car companies miss their 2021 emissions targets by, multiplied by sales.

The Grecale will be followed by a GranTurismo four-seat coupe with both petrol and electric powertrains as well.

Every next generation Maserati after the MC20 will have both petrol and EV powertrains.

Not for the first time, Maserati is thinking big with its next business plan. This has happened before, in 2018, with the late Sergio Marchionne at the helm.

Marchionne insisted then that the five-year plan for Fiat Chrysler Automobiles included the rear-drive, two-seat Alfieri coupe and cabriolet for Maserati, along with an all-Ferrari powertrain future. That all-Ferrari future has been kyboshed this year.

Diesel was to die, and there was to be a new, mid-sized SUV with higher performance than the Trofeo model.

The new, new, new five-year plan includes plenty of hybrids, EV versions of everything by 2022, and the Alfieri is dead.

However, a car very much like the Alfieri in size, dimensions and design has just emerged from Ferrari wearing the Roma badge.