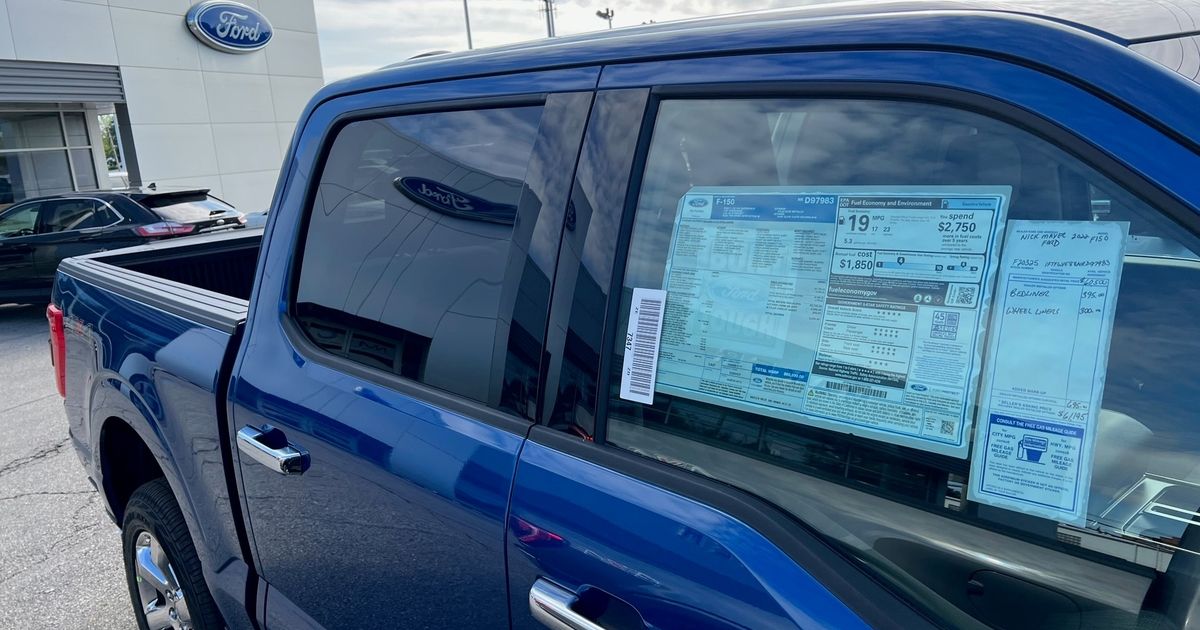 The U.S. light-vehicle market lost more momentum in May, with six of seven automakers that report monthly results racking up double-digit declines, casting more doubt about the strength of what many companies expect will be a second half recovery as tight parts supplies ease.

The seasonally adjusted, annualized rate of sales for May fell to a 2022 low of 12.81 million, according to Motor Intelligence, down sharply from April’s 14.6 million pace and May 2021’s 17.12 million rate, which capped one of the hottest three-month stretches ever for the U.S. auto market.

LMC Automotive on Friday pegged the May SAAR at 12.7 million, down by 1.8 million units from April.

Overall, May sales slid 29 percent to 1.11 million, LMC Automotive said Friday, leaving the market down 19 percent to 5.65 million this year through May.

In a sign of the industry’s inventory struggles, even amid healthy consumer demand, the SAAR has climbed above 15 million units just once — 15.2 million in January — since June.

And underscoring the uneven impact of global parts shortages and logistical delays, LMC Automotive said deliveries of imported vehicles – notably those built in Asia – fell 44 percent in May, while sales of models built domestically fell 24 percent.

LMC Automotive on Thursday cut its outlook for 2022 U.S. sales again, to 15 million units, from 15.3 million, citing May’s weaker-than-expected tally. U.S. sales of new cars and light trucks rose 3.3 percent to 15.06 million in 2021, a slight recovery from 2020 when the pandemic upended volume.

But deliveries slid 16 percent in the first quarter and are on track for another steep decline in the second quarter as output remains throttled by microchip and other parts shortages. Inflation and record gasoline prices are also deterrents to a second-half rebound, analysts say.

“The market faces a real risk of turning negative from 2021,” Jeff Schuster, head of global vehicle forecasts at LMC Automotive, said Thursday. “We still have a lift in sales in the second half but it is plausible that an increase will not materialize this year and we could continue to track in the 14 million to 15 million unit selling rate for the remainder of the year.”

Deliveries in May declined 4.3 percent at the Ford brand, the fourth straight monthly decline, with mixed results for the division’s biggest sellers: F-series, up 6.9 percent; Ranger, down 58 percent; Explorer, up 19 percent; Escape, down 55 percent, and Bronco Sport, down 36 percent. Lincoln volume dropped 6.8 percent in May, its 12th consecutive decline.

Toyota, with one of the industry’s leanest stockpiles of new cars and light trucks, said volume skidded 27 percent to 175,990 last month, with deliveries off 27 percent at the Toyota division and Lexus. It was the tenth straight monthly decline for the Toyota brand and fourth consecutive drop at Lexus.

All but one of the Toyota brand’s top sellers, the RAV4, posted lower volume in May: Corolla, off 18 percent; Camry, down 34 percent; Venza, off 68 percent; 4Runner, down 1.5 percent; Highlander, off 46 percent and Tacoma, down 31 percent.

Honda Motor Co.’s deliveries slumped 57 percent to 75,491 last month with volume off 64 percent at Acura and 57 percent at Honda. The Honda brand’s best sellers all posted a significant drop in sales: Accord, off 58 percent; Civic, down 77 percent; CR-V, down 59 percent; Pilot, off 47 percent and HR-V, down 26 percent.

A dip in production prompted by parts shortages has left Honda’s U.S. inventories at historic lows. The automaker started the year with only 20,000 Honda and Acura vehicles in dealer stock, compared to 300,000 going into 2021.

“We are experiencing record turn rates of more than 80 percent for the Honda brand, with nearly every unit a dealer touches in a month already sold,” a spokesman said Wednesday. “More than half of our Civics and CR-Vs are sold before they ever even reach a dealer’s lot. Our sales numbers do not reflect the true demand for our products.”

Hyundai deliveries last month slid 34 percent to 59,432, with all of them retail, the company said Wednesday. It was Hyundai’s biggest decline since the start of the pandemic when sales dropped 39 percent in April 2020 and 43 percent in March 2020.

Hyundai ended May with 18,641 vehicles in dealer stock, up from 15,809 at the end of April but off from 91,249 at the close of May 2021, a spokesperson said. The company recorded zero fleet shipments for the fifth straight month as it prioritizes more profitable retail business.

“There continues to be extraordinary consumer demand for Hyundai vehicles, with dealers selling every vehicle they get,” Randy Parker, senior vice president for national sales at Hyundai Motor America, said in a statement. “We expect demand to remain strong and inventory levels to improve later in 2022.”

Kia’s May sales dropped 28 percent to 57,941 on sharply lower car deliveries, as well as a decline in key crossovers such as the Sorento, Seltos, Sportage and Telluride.

Among other luxury brands, volume dropped for the ninth straight month at Volvo, while Genesis sales rose 18 percent to a May record of 4,400 on higher G70 and GV70 sales.

The rest of the industry reports U.S. sales on a quarterly basis.