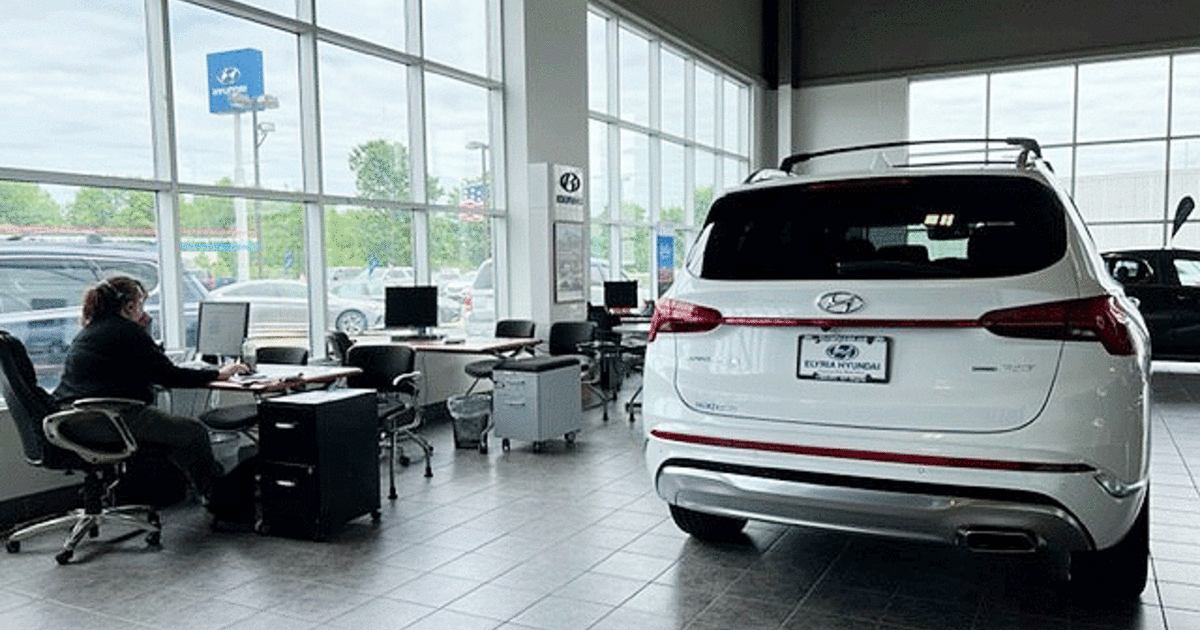 Toyota, with one of the industry’s leanest stockpiles of new cars and light trucks, said volume skidded 27 percent to 175,990 last month, with deliveries off 27 percent at the Toyota division and Lexus. It was the tenth straight monthly decline for the Toyota brand and fourth consecutive drop at Lexus.

All but one of the Toyota brand’s top sellers, the RAV4, posted lower volume in May: Corolla, off 18 percent; Camry, down 34 percent; Venza, off 68 percent; 4Runner, down 1.5 percent; Highlander, off 46 percent and Tacoma, down 31 percent.

Honda Motor Co.’s deliveries slumped 57 percent to 75,491 last month with volume off 64 percent at Acura and 57 percent at Honda. The Honda brand’s best sellers all posted a significant drop in sales: Accord, off 58 percent; Civic, down 77 percent; CR-V, down 59 percent; Pilot, off 47 percent and HR-V, down 26 percent.

A dip in production prompted by parts shortages has left Honda’s U.S. inventories at historic lows. The automaker started the year with only 20,000 Honda and Acura vehicles in dealer stock, compared to 300,000 going into 2021.

“We are experiencing record turn rates of more than 80 percent for the Honda brand, with nearly every unit a dealer touches in a month already sold,” a spokesman said Wednesday. “More than half of our Civics and CR-Vs are sold before they ever even reach a dealer’s lot. Our sales numbers do not reflect the true demand for our products.”

Hyundai deliveries last month slid 34 percent to 59,432, with all of them retail, the company said Wednesday. It was Hyundai’s biggest decline since the start of the pandemic when sales dropped 39 percent in April 2020 and 43 percent in March 2020.

Hyundai ended May with 18,641 vehicles in dealer stock, up from 15,809 at the end of April but off from 91,249 at the close of May 2021, a spokesperson said. The company recorded zero fleet shipments for the fifth straight month as it prioritizes more profitable retail business.

“There continues to be extraordinary consumer demand for Hyundai vehicles, with dealers selling every vehicle they get,” Randy Parker, senior vice president for national sales at Hyundai Motor America, said in a statement. “We expect demand to remain strong and inventory levels to improve later in 2022.”

Kia’s May sales dropped 28 percent to 57,941 on sharply lower car deliveries, as well as a decline in key crossovers such as the Sorento, Seltos, Sportage and Telluride.

Subaru’s May sales slid 25 percent to 42,526, extended its losing streak to 12 consecutive months.