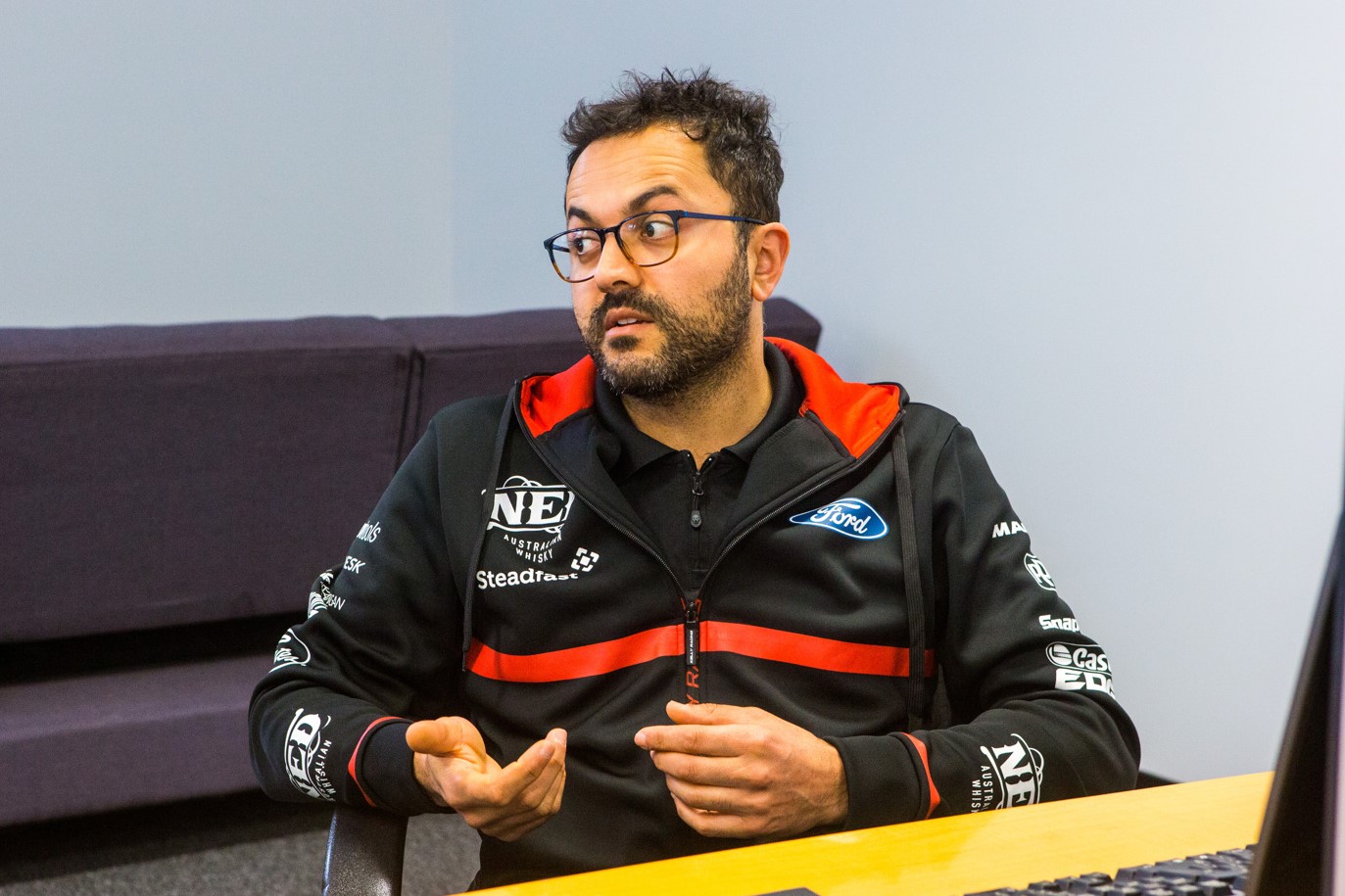 Born in Iraq, raised in the United Kingdom, and an established engineer in Australia. Kelly Racing’s Dilan Talabani has had a storied road to Supercars success.

Talabani has been part of the Virgin Australia Supercars Championship paddock for over a decade and is now a staple alongside Andre Heimgartner.

So how did a refugee end up down under?

As Talabani explained, at just five years old, he and his family fled from war-torn Kurdistan for the UK.

Even at a young age, Talabani had an interest in cars. His parents, both academics, pushed him in his teenage years to pursue higher education which led him to university.

That’s where he got his first taste of motor racing while studying an automotive engineering degree at Coventry University.

Talabani initially volunteered as a marshal before working with an M-Sport customer team running a Ford Focus and later a Prodrive Engineering-built Subaru Impreza WRX.

“I was born in North Iraq, in Kurdistan. My whole family, we ended up in the UK as refugees in the mid-1980s.

“I’d always had an interest, even as a baby, in cars and mechanics and tearing things apart.

“Both my parents were university lecturers. Dad is a mathematics professor, and they knew the avenues to end up in an engineering position when I grew up, so they just guided me to go to uni.

“My first interaction with motor racing, when it was my decision to do it to be involved, was at school.

“One of my best friends was into rallying, and then I went along with him as a marshal to some of the rallies in Yorkshire and it just developed from there.

“In the UK, rallying is a huge scene over there, so I ended up really interested in rallying,” he added.

“I ended working as a mechanic, working on World Rally cars.

“We were an M-Sport customer team travelling all over Europe, going to Cypress during the World Rally Championship events, which was really cool.”

Shortly thereafter, Talabani picked up a job with Honda.

Still in the United Kingdom, Talabani worked as a chassis engineer and was instrumental in the build of the Honda Civic Type R EP3.

It was there that he was drafted into Honda’s race team in the British Touring Car Championship.

“They had a factory race team based at the plant,” he explained.

“It used employees, like production employees, in engineering, or quality assurance, or the welding department.

“They were the crew for this British Touring Car Championship team, so we had a top-line British touring car, a good driver, and we just had to piece it all together.

“I ended up running that for 2006, which was reasonably successful in terms of competing against Triple Eight in the UK and Ray Mallock and all that.

“We were punching above our weight, I suppose you could say, for a small team.”

After several years in the British Touring Car Championship, Talabani joined Gulf Sport as the race team manager for a fleet of Radical race cars.

However, he soon grew tired of working with gentleman drivers and was keen to sink his teeth into a more rewarding exercise.

James Kaye, who had raced with Talabani in the British Touring Car Championship, soon had him looking at a move to Australia.

Coincidentally, it was with Roland Dane of Triple Eight Race Engineering, who Talabani had been competing against in the United Kingdom.

Talabani soon moved to the other side of the world as the customer engineering for SACHS Race Engineering under the Triple Eight umbrella.

“I was getting a bit bored of the gentleman races over there and the cashed-up races, so I needed some proper racing back,” said Talabani.

“(Kaye) got me in touch with Roland Dane. He offered me a job on James’ recommendation, and then I moved to Brisbane within, probably, six weeks.

“I thought, ‘Gosh, I just moved my whole life to Brisbane’.

“As soon as I landed in Australia and witnessed the racing, the technology, the cars, the team structures, I knew that this was going to be where I wanted to be for a long, long time.

“There was so much to learn so much to pick up that I kind of developed myself with what was going on over here, especially the technology over here.”

That was where he met Andre Heimgartner, who joined the satellite Super Black Racing Team in 2015.

Their time together was short, however. As the year transpired, Heimgartner left the team later that season and was replaced by Chris Pither who stayed with the team in 2016.

For the 2017 season, Talabani worked alongside Todd Kelly and a year later rekindled the relationship with Heimgartner who he has worked with ever since.

“My first year as a race engineer in Supercars was running Andre in 2015,” Talabani explained.

“We’ve gone a long way together since then, and the relationship has just been developing and developing, improving, and we kind of fit well together.

“He’s very laid back. He’s very fast. He’s got, I suppose, a unique way of telling me what he needs from the car, but I can read that pretty well now.”

Talabani said the 2019 season with Heimgartner was both rewarding and bittersweet.

In what was the final year of the Nissan Altima in the championship, the New Zealander claimed his first solo Supercars podium.

“There’s been ups and downs along the way, but last year it was really satisfying to actually get that Altima competitive,” said Talabani.

“You had a Mustang that was just fresh and obviously refined and developed to the nth degree, then the Commodores were obviously a massive step ahead with original Car of the Future, so to still be competitive in the old Datsun was really satisfying.

“It kind of showed Andre’s ability as well, it shone through the age of the car, if you can imagine, so that was good.”

Talabani sees Australia as home now and where he wants to stay for the foreseeable future.

“In terms of lifestyle balance of living in Australia, an ultra-competitive racing series to be working in, it doesn’t get much better,” he said,

“You can’t optimise it much more than what we’ve got now, especially because I like to learn about a whole variety of aspects of the car.

“I don’t want to just work on the braking system or things like that, which you would do in bigger teams or if you went into F1.

“I like the variety of what work we’ve got to do, especially in engineering, and Supercars is as high as you’re going to get while still being able to learn in all those different aspects.” 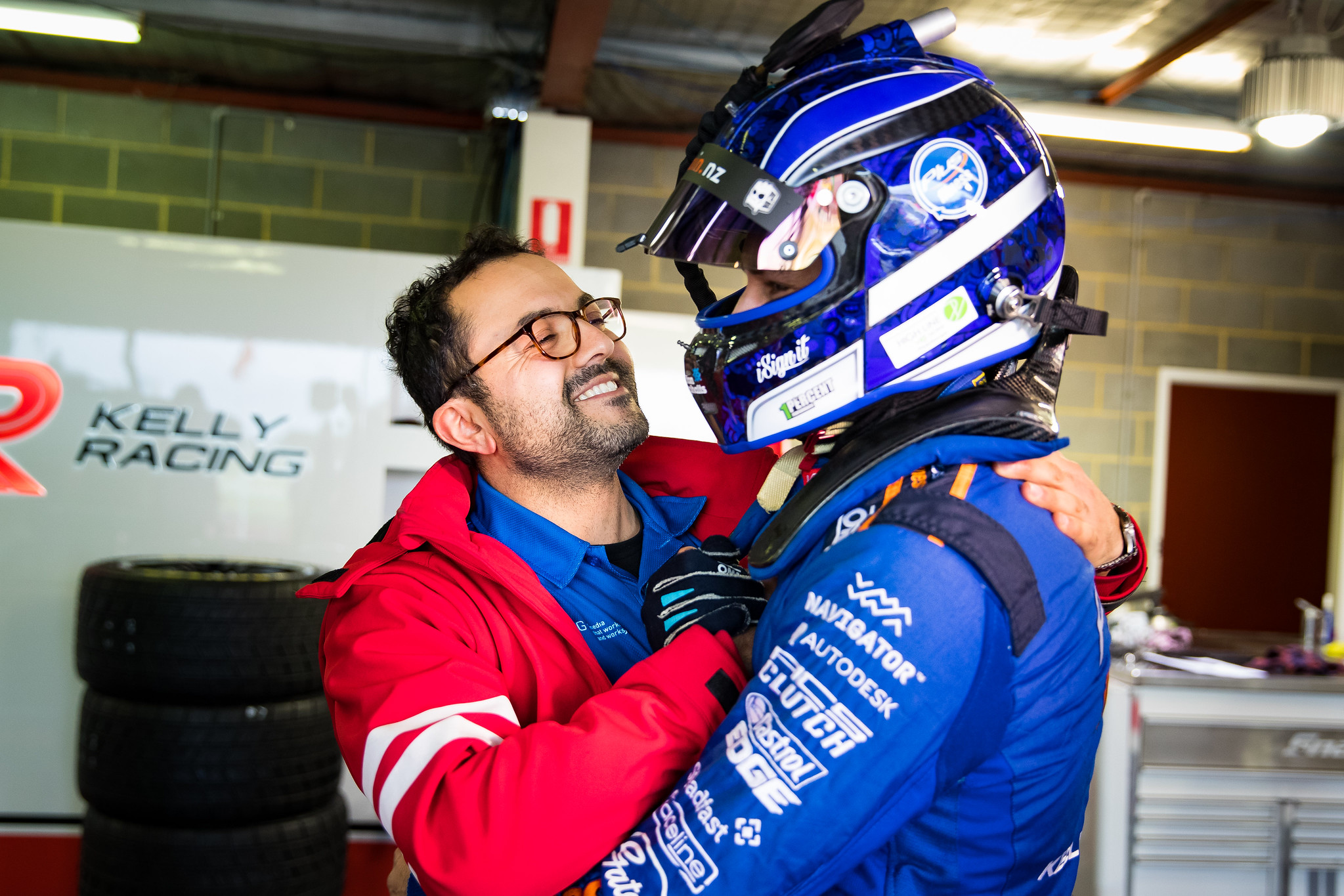