Mechanic left with 45% burns after waiting TWO HOURS for ambulance 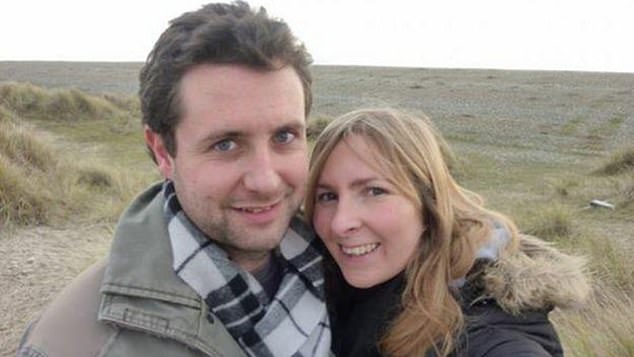 A classic car mechanic suffered horrific 45 per cent burns after waiting two hours for an ambulance – despite his wife’s pleas for help to arrive at an inferno at his workshop.

Chris Williams-Ellis, 40, was working on a car at his home in Corwen, Denbighshire, last month, when it suddenly caught fire.

His partner, Catherine Stewart, managed to pull him to safely, but his family say it took repeated calls to Wales Ambulance Service before paramedics arrived at the scene.

His mother, Philomene Williams-Ellis, said her son waited two hours for help, adding: ‘His skin was hanging off, he couldn’t breathe and had no pain relief.’

The service has apologised for the delay, which happened despite their being two ambulance stations within five miles of the property.

Chris Williams-Ellis, 40, was pulled out of an inferno by his partner, Catherine Stewart, but it took paramedics four hours to arrive to help 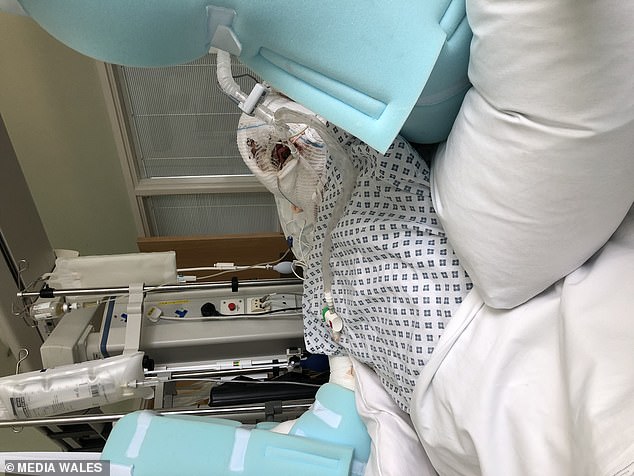 The self-employed classic car restorer was badly burned in the incident at a barn on his property on September 8 and at one point was only given a 50/50 chance of survival.

He was originally taken to Whiston Hospital, in Merseyside, where he underwent skin grafts, but after developing pneumonia, he was transferred to Wythenshawe Hospital, Greater Manchester, and placed on an ECMO (extracorporeal membrane oxygenation) machine to take over his heart and lung functions.

Ms Stewart said: ‘Chris was underneath a car when something unknown caused a spark and this in turn set fire to Chris. I managed to pull Chris, who was very badly burned, out from under the car and called emergency services.

‘I then watched helplessly as the fire engulfed everything in the barn, including a number of vehicles, all Chris’s tools and the roof. 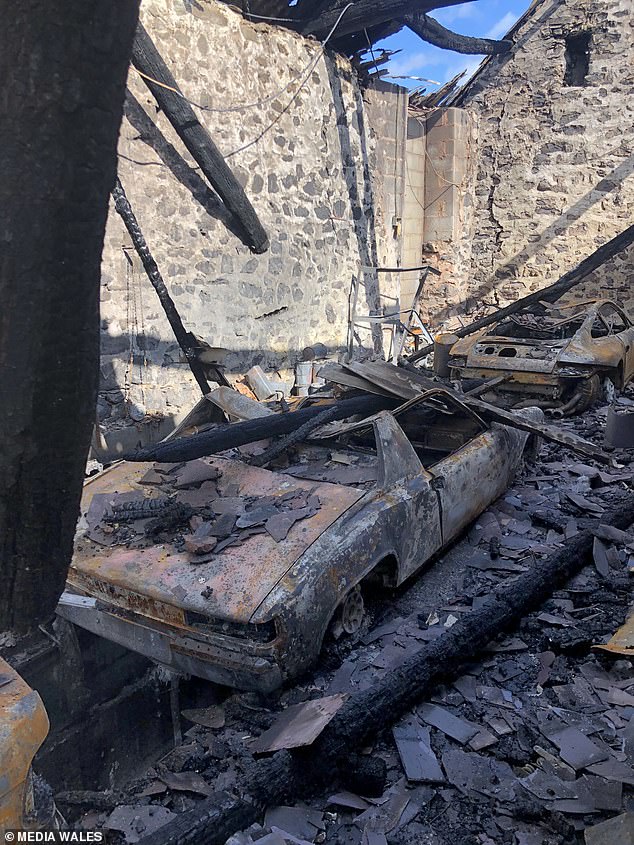 The fire tore through the mechanic’s barn. Despite being just five miles away, it took paramedics two hours and repeated phone calls from family members to arrive

‘Chris has been fighting hard and he has now been removed from this life support, but still in a coma in intensive care and just recently underwent skin grafts to repair his worst burns on his arms and hands.

He will be in hospital for a long time to receive ongoing treatment and rehabilitation.’

She said: ‘Catherine managed to get him out of the fire and called 999 at 2.50pm, but it was nearly three hours before he actually got to hospital and had treatment.

‘They said they didn’t get the first call, but neighbours phoned, the fire service called and it was only when someone got in touch with the air ambulance who managed to get there in 20 minutes.

‘His skin was hanging off, he couldn’t breathe and had no pain relief.

No one knew what was the best thing to do, and he was there in agony for all those hours.

‘There needs to be a campaign because it is not the first time there have been delays to people getting treatment.

‘They did call Catherine back two minutes after the first call and told her to put him in tepid water for his burns. But the fire turned up and had to turn the mains off so he was in that cold water for ages.

‘The fire engine arrived after 25 minutes but when they asked where the ambulance was they had not been told there was a casualty and they didn’t have the training to deal with burns victims. 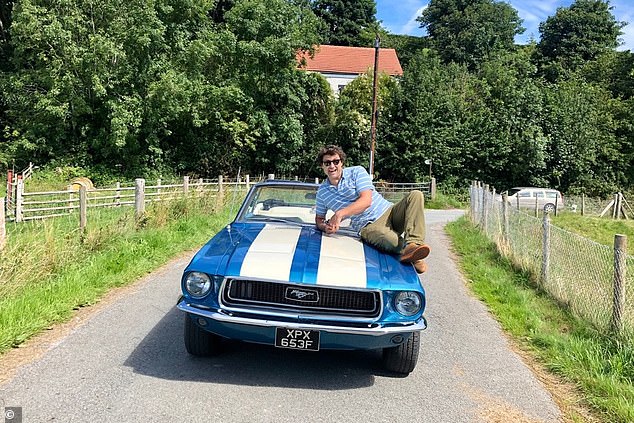 ‘Catherine is worried that she wasn’t forceful enough but she was screaming that Chris was on fire.

‘I want justice for my son and to make sure that this never happens again.’

Jason Killens, chief executive at the Welsh Ambulance Service, said: ‘We know this will be a profoundly upsetting time for the family of Mr Williams-Ellis, and the thoughts of everyone at the ambulance service are with them.

‘Given the very serious nature of what happened, an investigation to determine the exact sequence of events and the cause of the unacceptable delay – for which we are very sorry – is being prioritised and concluded as swiftly as possible.

‘We are an organisation committed to learning and improvement, and have offered to meet the Williams-Ellis family to take them through our findings and any lessons identified in full.

‘Our thoughts remain with Mr Williams-Ellis and his family at this deeply distressing time.’

A GoFundMe page has been set up to help the family, raising more than £3,000 so far.