Mercedes maps out push to lift profits during EV shift 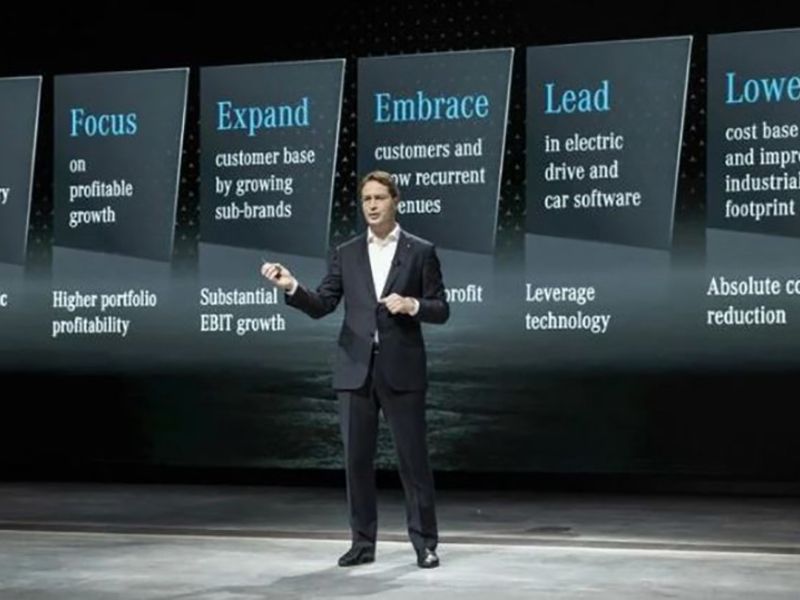 Investor confidence in Daimler gradually improved in recent months after the automaker navigated the unprecedented industry slump triggered by COVID-19 better than feared. But electric-car leader Tesla zoomed past all traditional manufacturers to become the world’s most valuable automaker while Daimler and others wrestle with revamping their legacy operations.

Daimler said it will cut fixed costs, capital expenditure and R&D costs by more than 20 percent by 2025 compared with 2019 levels as part of a strategy overhaul of its Mercedes-Benz business.

EV push
Mercedes has flanked its full-electric EQC utility vehicle with a plug-in minivan called the EQV. It plans to start output of the compact EQA hatchback later this year and rolled out a fresh version of its flagship S-Class last month.

The S-Class sedan will get a fully-electric sibling called EQS next year, which will be based on the company’s first dedicated electric-car platform.

Profits from large luxury cars will be key to financing restructuring costs aimed at making Mercedes more efficient. The brand has outsold luxury-car rivals for years, but returns have slumped below the level of mass-market peers such as PSA Group.

Reuters contributed to this report.