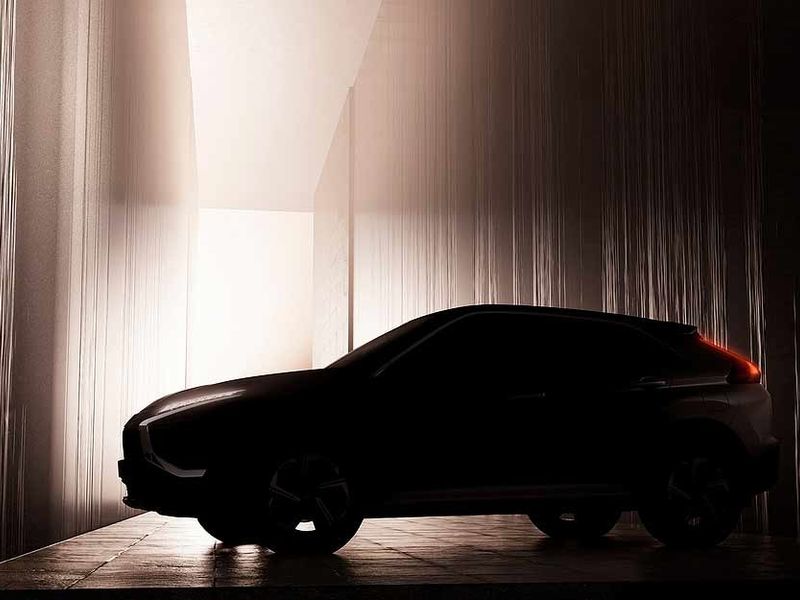 LOS ANGELES — Mitsubishi is using the midcycle update of the Eclipse Cross compact utility vehicle to clean up its styling, particularly at the rear, and is adding a new powertrain option with a plug-in hybrid that could make it to North America.

Launched in 2017, the Eclipse Cross is Mitsubishi’s newest product and one of its most compelling, with the only turbocharged engine in its U.S. lineup.

The automaker’s headquarters in Japan has confirmed the plug-in hybrid version of the small crossover “in select markets.”

The restyled CUV will hit U.S. showrooms in the first quarter of next year as a 2022 model, Mitsubishi said Thursday.

A teaser photo shows a more cohesive, coupe-like design that appears to eliminate the horizontal taillight bar that bisected the rear hatch glass. The front design is also heavily revised.

“The new design draws inspiration from the Mitsubishi e-Evolution concept, emphasizing the strength and dynamics from our SUV heritage while enhancing the cleanliness and elegance of a coupe-like SUV,” said Seiji Watanabe, division general manager of design at Mitsubishi Motor Corp.

Mitsubishi Motors North America, which reports sales quarterly, said U.S. deliveries of the Eclipse Cross were nearly cut in half during the first six months of the year, coming in at 6,346 vs. 12,591 in the year-earlier period. The base price starts at $24,335 including shipping and $145 for mandatory floor mats.