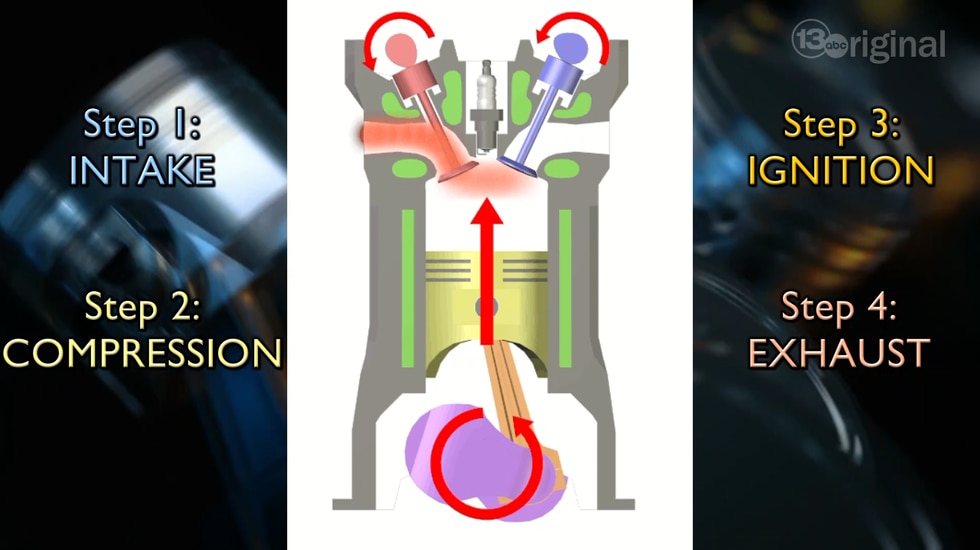 For over a century now, we’ve lived in the age of the automobile. We’re back out at The Henry Ford in Dearborn, Michigan, tracing the roots of where the rubber meets the road.

*From cruising on a Sunday drive to racing around the track, America’s love of cars is well-documented… but the idea of a powered automobile predates the roaring of gas engines. Henry Ford’s Model As and Model Ts were some of the first commercially-successful motorized vehicles… but in truth, he invented several cars, just not THE car. That honor technically goes to the Roper “steam carriage”: the oldest surviving American automobile from 1865, the last year of the American Civil War.

*Ford relied on past works like the steam carriage to create his “Quadricycle” in the late 1890s, and combustion engines have been the standard ever since. Here’s how it works: The piston moves down to take in a mixture of fuel and air… and really, only a very small amount of fuel is needed here. Next comes compression, to make that explosion more powerful and efficient. As soon as the piston gets back to the top, the spark plug ignites the whole thing, and that force drives the piston back down. When it comes right back up, it pushes the leftovers out as exhaust. 1, 2, 3, 4… and repeat, idling at hundreds or revving at thousands of times a minute. That 4-stroke cycle is also known as the “Otto cycle”, after its German inventor back in the 1860s. The pistons are connected to a crankshaft, and the transmission transmits that mechanical power to the wheels.

*That’s the basic science, but how does Ford figure back into all of this? Well, much like Edison’s light bulb, it was Henry’s business mind that really led to success, with the Model T, introduced in 1908 as affordable transportation for the average American. The parts had to be incredibly precise, some 10,000+ in all… which meant the assembly line workers — some 15,000 strong at the original factory — could put it together in a short amount of time, allowing it to get out to paying customers even faster.

*Ford once famously said customers can have their car in any color they like… as long as it’s black. Custom cars and “hot rods” weren’t really a thing until at least the 1930s, and even some innovations that come standard these days took a while to put in place. Windshield wipers were invented back in 1903, though it took 15 years to become standard, and another few decades for the motorized version. Even disc braking took a good 6 decades to become a common feature… a running theme of looking to the past to shape the future.

So here are, back near the start of the timeline. We’ve come a long way since the late 19th century and it’s only a matter of time before we see the latest innovation in automation rolling down the road.

See a spelling or grammar error in our story? Please include the title when you click here to report it.