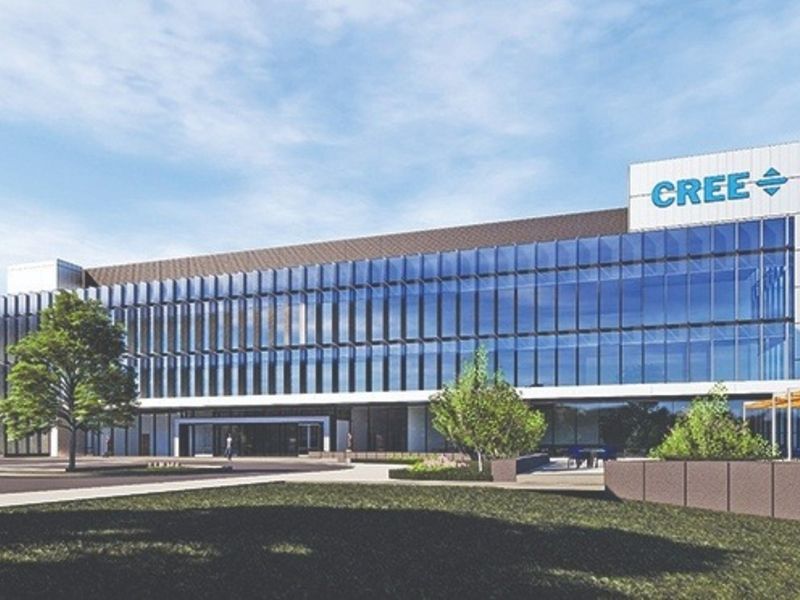 “It allows the vehicle to go 5 to 10 percent farther on the same battery,” he said.

Silicon carbide also can handle higher voltages better than silicon. That will allow for the design of EVs with batteries of, for example, 800 volts instead of 400, which in turn supports faster battery charging.

“In the past two years, we’ve seen a huge shift in terms of car companies wanting to move from silicon to silicon carbide to drive their motors for electric vehicles,” he said.

“With that, one of the concerns that car companies have is, will there be enough supply?” Miller said.

Hence the investment in North Carolina and New York.

Automotive makes up only about 5 percent of Cree’s business. But Cree has begun signing major deals, including partnerships with Volkswagen, major Tier 1 suppliers Delphi and ZF, and industrial and automotive manufacturer ABB.

“We see dramatic growth in the automotive space and automotive becoming our largest market,” Miller said. “As EVs take off, we think by 2024 or 2025, [automotive] will be 50 percent of the business.

“What we’re building in New York isn’t the end,” he added. “We’ll know eventually we’ll have to have more.”