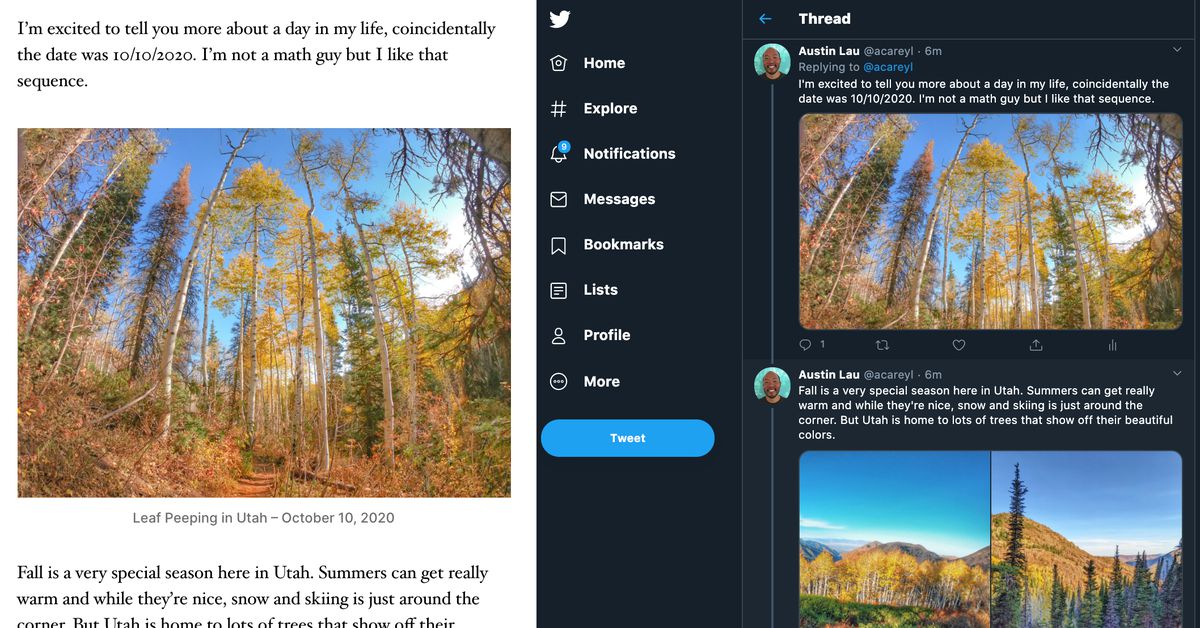 WordPress has introduced a new feature that automatically posts entire blogs as Twitter threads, complete with all text, images, videos and embeds. You can access the feature via the green Jetback icon on the top right of the edit post page, alongside existing options to share links to Facebook and other social networks.

WordPress argues the feature is “a great way to amplify your content,” by allowing posts to reach any Twitter followers that don’t follow a WordPress blog directly. Twitter threads also often end up being much more visible on the platform compared to single tweets, and the new feature allows followers to read a post’s contents without having to click through a link.

But here’s a counterpoint: Twitter threads are an objectively terrible way of reading medium- or long-form writing. That’s why popular services like @ThreadReaderApp have cropped up to help format lengthy threads into something more compact. Even WordPress launched a similar service back in July to turn Twitter threads into blogs. Now, its latest feature is here to take your writing back in the opposite direction.

For what it’s worth, WordPress has made some sensible decisions with how it’s implemented the feature. You can add an introductory message to the beginning of the thread, and the software will pay attention to sentences and paragraph breaks when deciding where one tweet should end and another begin. There’s also an option to preview what a thread will look like, though this requires one of WordPress’s $25/month Business or $45/month eCommerce plans to access the social preview feature. The final tweet in the thread links back to the original blog post.