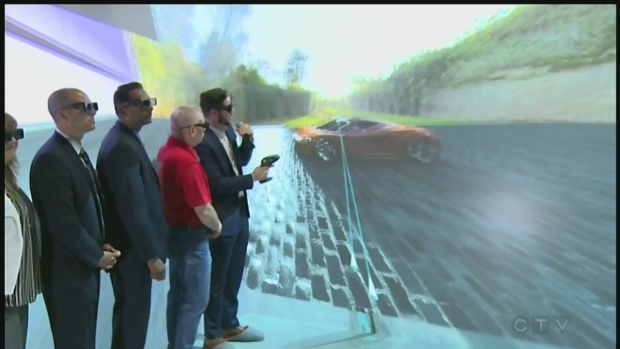 The WindsorEssex Economic Development Corporation (WE EDC) and the Automotive Parts Manufacturers Association of Canada (APMA) have entered into an agreement to have the Project Arrow concept car unveiled at the Windsor-Essex RTDS VR CAVE located at the WE EDC’s Institute for Border Logistics and Security.

“Project Arrow, an initiative from APMA, is the first, original, full-build zero-emission concept vehicle in Canada,” a WE EDC news release states. “It will be designed, engineered and built by Canada’s world-class automotive supply sector and post-secondary institutions.”

The project hopes to bring together experts in Canada’s electric-drive, alternate fuel, connected and autonomous and light-weight technology companies.

“The ability to visualize designs in a high-fidelity, full-scale, virtual environment allows the designers, engineers, systems analysts and technical staff to collaboratively make real-time changes to these vehicles, said Stephen MacKenzie, president and CEO, WindsorEssex Economic Development Corporation. “The VR CAVE is a tremendous asset for our community and partnerships like this put a flag in the ground that Windsor Essex is the Automobility Hub in Canada.”

APMA president Flavio Volpe predicts about one third of the Arrow’s parts could be sourced from Windsor.

“Windsor is the beating heart of the Canadian auto sector, I can think of no other better place to take the first pulse of the Arrow” he said.

The unveiling of Project Arrow is expected to be scheduled for the first quarter of 2021.