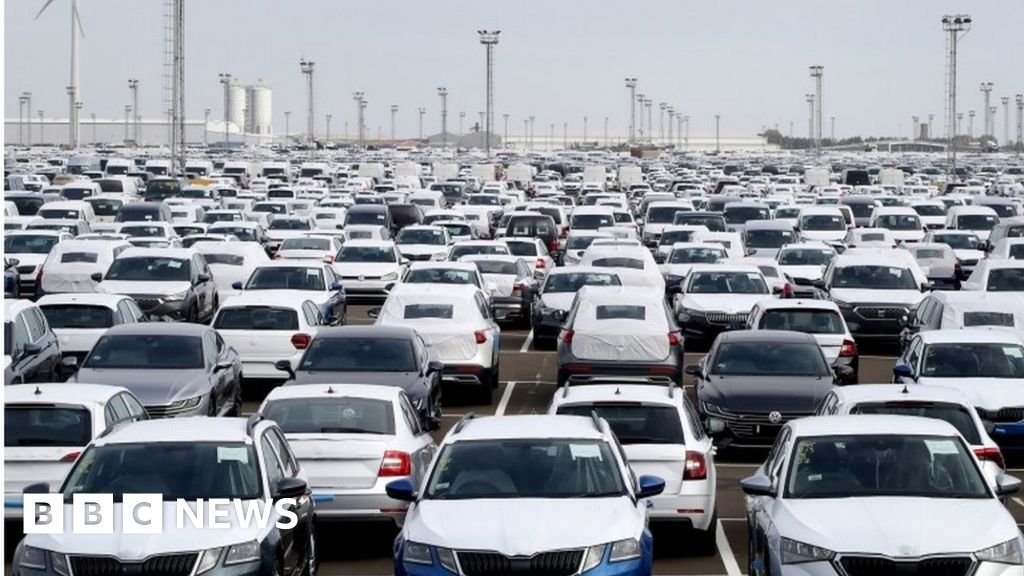 UK and European car makers have warned a no-deal Brexit could put a £100bn dent in the Continent’s car industry in the next five years, adding to heavy losses already caused by Covid-19.

A letter signed by 23 trade groups across Europe urges the government to make a deal rather than default to World Trade Organisation (WTO) rules.

It says without one there will be a “catastrophic” rise in tariffs.

The industry has already taken a £90bn hit this year due to Covid-19, it adds.

The UK left the European Union on 31 December but will enjoy tariff-free trade with the bloc until the end of the year as part of the transition period.

But fears are growing that both sides will be unable to strike a longer-term trade deal by then.

The European Automobile Manufacturers Association (ACEA), which penned the letter, said that securing a trade agreement by January was an absolute “must” for firms on both sides of the Channel.

“Otherwise our sector – already reeling from the Covid crisis – will be hit hard by a double whammy,” said director general Eric-Mark Huitema.

Mike Hawes, head of the UK Society of Motor Manufacturers and Traders (SMMT), said a trade deal was crucial because the UK and EU industries were so integrated.

“These figures paint a bleak picture of the devastation that would follow a ‘no deal’ Brexit,” he said.

“The shock of tariffs and other trade barriers would compound the damage already dealt by a global pandemic and recession, putting businesses and livelihoods at risk.”

Industry associations on the continent, including from Germany, France, Ireland, the Netherlands, Belgium, Sweden, Denmark, Italy, Portugal and Eastern Europe also say they fear job losses in their own countries.

Under WTO terms, cars exports would face a 10% tariff, rising to 22% for vans and trucks.

This would hit car makers’ margins and tariff increases would be passed on to consumers, impacting demand. Automotive suppliers and their products would be affected too.

The SMMT said it could lead to £49bn of lost business for UK car plants and £52bn for those across the EU by 2025.

It called for a free trade deal that would also apply to alternatively fuelled vehicles and car components and “involve zero tariffs or quotas”.