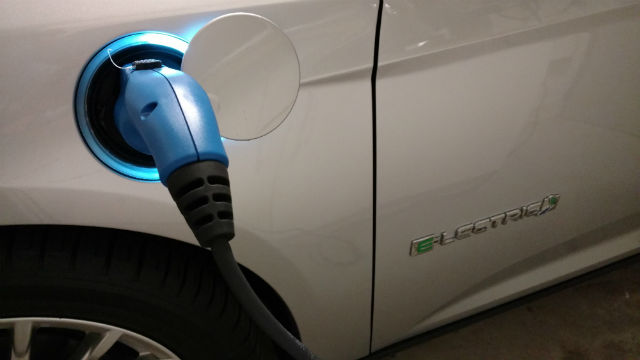 Gov. Gavin Newsom flatly declared last week that “In the next 15 years we will eliminate in the state of California the sales of internal combustion engines.”

It was the latest example of Newsom’s fondness for headline-grabbing pronouncements of “big hairy, audacious goals.”

The classic example was his flat campaign declaration that he would solve California’s chronic housing shortage by building 3.5 million new homes.

That was impossible, as anyone familiar with housing issues could attest, and after his election, Newsom backed off, calling it an “aspirational” goal. Actually, housing production has declined during his governorship.

seems to be in the mold of his housing promise. In fact, his executive order does not command that it happen, but rather says “it shall be a goal of the state that 100 percent of in-state sales of new passenger cars and trucks will be zero-emission by 2035” and directs the Air Resources Board to figure out how to do it “consistently with technological feasibility and cost-effectiveness.”

Even if he’s serious about it — and one is never certain that he is — there are immense hurdles to overcome, not the least being Californians’ obvious reluctance to embrace battery-powered ZEVs as their primary motor vehicles due to their cost, relatively small size and limited range.

While California accounts for about half of the ZEVs on American roads, they are still fewer than 2% of the nearly 30 million cars and light trucks in California. And despite state and federal subsidies, they are a fraction of the state’s current goal of having 1.5 million in use by 2025.

Newsom’s declaration, and a request to the Legislature to phase out fracking to produce oil and natural gas, cheered environmental advocates who want California to be bolder in reducing its emissions of greenhouse gases. He blamed global warming for the destructive wildfires that have swept through the state this year.

However, business leaders, particularly those in the affected industries, warn about the pitfalls of trying to wean California’s economy off hydrocarbons. California is one of the nation’s leading producers of oil and gas, particularly since fracking regenerated older fields, and the state consumes immense amounts of both fuels to not only directly power transportation but to generate the electricity that ZEVs must have.

“Unless California, along with other states and countries, supports a market for ZEVs that ensures vehicle performance, range, safety, functionality, price, and choice for automobile consumers, then California residents alone will be left with higher energy and transportation costs without a material effect on global (greenhouse gas) emissions,” the California Chamber of Commerce said. “Forcing this transition through a mandate will burden the consumers least able to afford it, either by pricing them out of the new vehicle market or increasing the cost to maintain and fuel a used vehicle with a combustion engine.

Predictably critical as that statement may be, it makes valid points about the practical and socioeconomic challenges of doing what Newsom insists will be done.

Finally, there’s the political/legal question of whether California can do it. It would require the federal government to continue California’s “waiver” from federal air pollution rules and that would probably hinge on whether Republican President Donald Trump is re-elected or is defeated by Democrat Joe Biden.

CalMatters is a public interest journalism venture committed to explaining how California’s state Capitol works and why it matters.