Orlando car rentals are up, but Central Florida’s tourism industry has a long road back 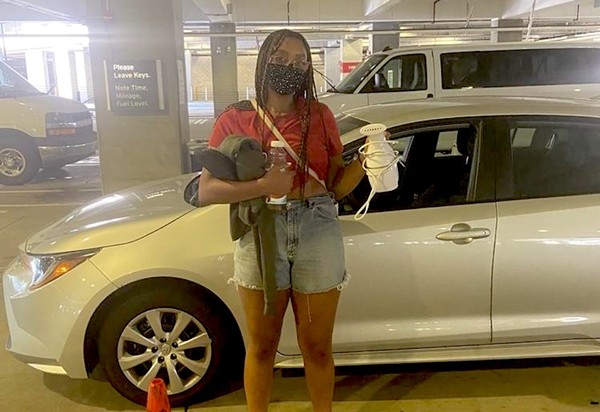 It’s no secret that one of the main reasons Orlando lacks the mass transit that most decent tourist destinations have is because of the abundant tax revenue from rental cars.

With the world still hesitant to travel back to one of the leading COVID-19 hotspots, however, many rental cars have sat unused for months. Now, new data shows locals might be looking to help out the region while also finally escaping from the Groundhog Day-like existence that has defined the past six months.

Travel site Booking.com has published new data that show Orlando being one of the top five car rental pick-up cities in the nation for American travelers. The data looks at the top 15 U.S. cities for car rentals, comparing the number of pick-ups from June 1 to Aug. 31. Rounding out the top five were Las Vegas, Los Angeles, Atlanta and Denver.

Americans are mostly sticking to home this year, with 93 percent of car rental pick-ups by U.S. customers happening in domestic locations. Many of the travelers are waiting until the just before their trips to rent their cars, with 60 percent of American customers booking their rental vehicles within two weeks of the rental start date, compared to 50 percent last year.

Respondents said the primary reason for travel at this time is to rest, relax and unwind. The monotony of the isolating pandemic life is also playing a role in the uptick of car rentals, with 43 percent noting that “escaping from daily routine and work” played a role in their desire to travel. In comparison, nearly the same amount, 42 percent, said they’re planning to travel to connect with family and friends.

Cautious but hopeful optimism can be found throughout the travel industry, though most recognize we’re still years away from a full recovery. That’s thanks in part to the general public’s uneasiness with large crowds and enclosed spaces, such as those found on planes. While recreational vehicles, secluded cabins, and other social distanced vacation options proved popular this summer, many families chose to stay home.

Now, with no end in sight and vacation time racking up, many families seem to be opting for shorter trips closer to home. Smaller attractions, especially outdoor ones, and attractions in smaller communities have begun to see upticks in attendance, helping make up for some of the earlier losses. It still might not be enough to save many of the jobs and businesses lost, but the worst of it may now behind us.

Orlando is the largest rental car market in the world, and the largest single site for car rentals in region is the Orlando International Airport. Last month the airport approved its new COVID era budget. The budget saw a massive slash in revenue from the year, nowhere was that more noticeable than in its rental cars. The airport reported a $102.1 million decrease in ground transportation revenue, the majority of which comes from on-site rental car companies.


The uptick in car rentals could potentially help offset to decrease in passengers passing through the airport, but it probably won’t be enough to offset the region’s tourism woes any time soon.