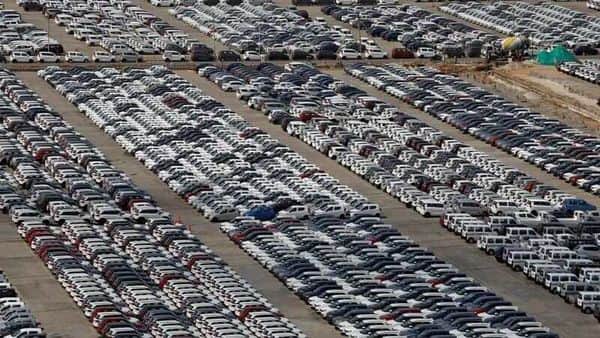 To be sure, the double digit growth posted by leading automakers comes over a low base of September 2019. Vehicle manufacturers have been witnessing continuous decline in sales from the second half of FY 19 due to economic slowdown and increase in prices of vehicles as a result of transition to the new safety and Bharat Stage 6 emission norms.

Additionally, vehicle dealerships suggest that retail sales during the month of September did not see a similar sharp uptick due to the two-week long shradh period.

Driven by continued recovery in the demand for hatchbacks, country’s largest carmaker Maruti Suzuki has reported total domestic passenger car wholesales of 147,912 units, up 34% YoY. This surge in volumes was driven by the 44% YoY growth in factory dispatches of compact cars including Alto, S-Presso, WagonR, Swift, Baleno and others.

The company plans to increase its car production from 1,45,000 units in September to 1,80,000 units in October, on expectations of strong demand for affordable cars during Navratri and Dussehra.

“No carmaker wants to miss out on a sale opportunity because of unavailability of a specific model or a variant. OEMs therefore continue to produce in order to build sales momentum,” said Puneet Gupta, associate director at IHS Markit.

Also, growth seen in September is on a low base as carmakers were not supplying enough stock in the market last year due to anticipation of GST cut, said Gupta, adding that automakers are expected to report strong wholesales until November, and December onwards the volumes could drop.

“Even as the market is clearly moving towards compact cars, the recovery in urban demand continues to be slow,” he said, adding that demand sustainability remains uncertain as the number of covid-19 cases continue to rise.

Vehicle sales have slowed down in global markets after seeing recovery due to pent up demand. India will follow suit, Gupta added.

M&M’s passenger vehicle dispatches were at 14,857 units, up 4% YoY driven on the back of strong demand for popular utility vehicles like Scorpio, Bolero among others.

According to Veejay Nakra, Chief Executive Officer, automotive division at M&M, enquiry and booking levels for utility and small commercial vehicles were significantly higher compared to the previous months in September.

“With market sentiments indicating a robust festive demand across segments, both in rural and urban markets, we are positive that this festive season will augur well for us as well as the automotive industry,” said Nakra.

Honda Cars reported sales of 10,199 units in September, up 10% YoY. According to Rajesh Goel, senior VP and Director, marketing and sales, Honda Cars India Ltd, the market would gain further momentum from mid-October with the start of Navratri.

Toyota reported wholesales of 8,116 units, down 20% from 10,203 units in the year-ago period. The company, which had in August ramped down its production to single-shift per day due to rising covid-19 cases in Bangalore, has gone back to two-shifts per day in order to cater to make models available at its dealerships.

“We are seeing demand pick up and a lot more confidence in our dealers, thereby witnessing a 14 to 18% growth in orders when compared to last few months,” said Naveen Soni, senior vice president, sales and service, Toyota Kirloskar Motor.