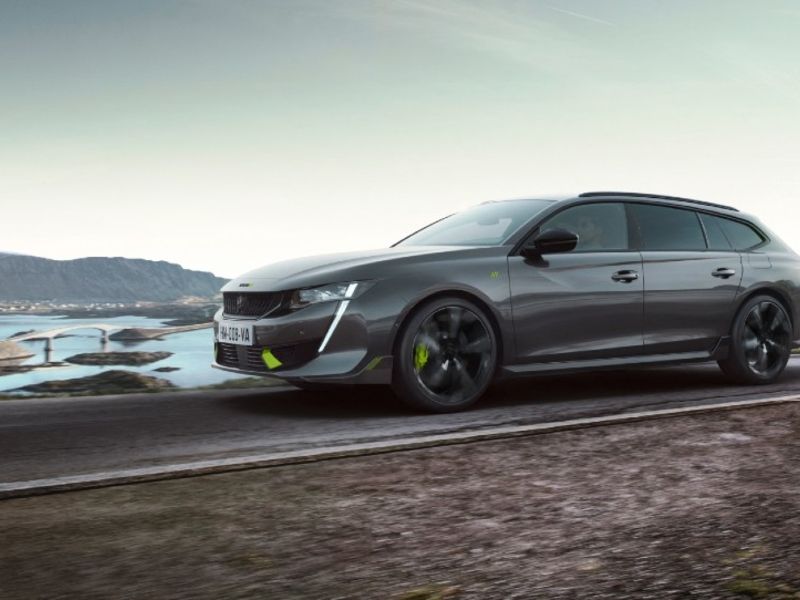 PARIS — The 360-hp 508 Peugeot Sport Engineered plug-in hybrid will go from 0 to 100 kph (62 mph) in 5.2 seconds, with an electronically limited top speed of 155 mph, making it the most powerful production Peugeot ever, the automaker said.

The four-wheel-drive 508 Peugeot Sport Engineered will be available to buy in the first quarter of 2021, nearly two years after it debuted in concept form at the 2019 Geneva auto show.

After teasing a number of images since last year, Peugeot on Thursday released full specifications for the car, except for the price, which is expected to be 60,000 euros or more.

The automaker showed both fastback sedan and station wagon versions in an online event on Thursday.

The 508 Sport Engineered has CO2 emissions of 46 grams per kilometer on the WLTP test cycle, and Peugeot says it is able to travel 26 miles in electric-only mode. Charging time is seven hours on a standard wall plug, or two hours with a 7 kW wallbox.

The 508 Sport Engineered’s powertrain consists of a turbocharged 1.6 liter gasoline engine and two electric motors, one powering the front wheels and the other the rear axles. The drive system is similar to that used on the DS 7 Crossback E-Tense and Peugeot 3008 plug-in hybrid models, which produce a total of about 300 hp and offer 4-wheel-drive via electric rear axles. Peugeot also offers a plug-in hybrid version of the 508, but with front wheel drive.

Peugeot has widened the track slightly – by 24 mm in the front and 12 mm in the rear — lowered the driving position and added larger 380 mm front brake discs with four-piston calipers. There are five driving modes: electric-only, comfort, hybrid (for most situations), sport (including a tuned exhaust note) and 4-wheel-drive.

The 508’s bodywork has been slightly massaged, with a rear diffuser, large front air dam, widened fenders and 20-inch wheels.