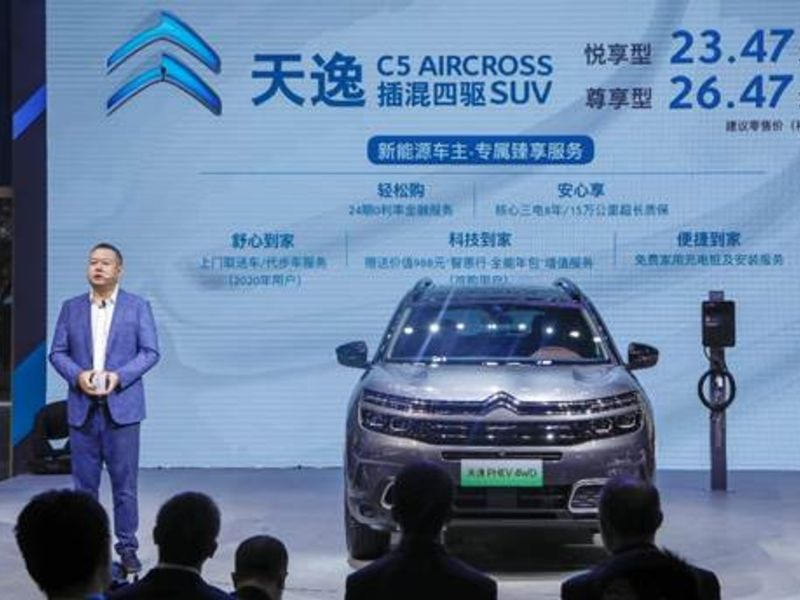 PSA Group will provide aid to bail out and revive a joint venture with Dongfeng Motor Group that has racked up prolonged financial woes.

The French automaker, which is in the midst of merging with Fiat Chrysler Automobiles, said this week it will provide 50 million euros ($58.5 million) in the fourth quarter, which will be used as working capital by the partnership.

In the first quarter of 2021, it will join Dongfeng and make an additional investment to recapitalize the joint venture, PSA added, without revealing the planned investment.

From 2020 to 2037, PSA said it will also provide up to 100 million yuan ($14.7 million) each year to help the partnership with marketing, brand building and a dealership network expansion.

PSA and Dongfeng established the joint venture, Dongfeng Peugeot Citroen, in the central China city of Wuhan in 1992 to produce and market passenger vehicles under the Peugeot and Citroen brands.

Dongfeng Peugeot Citroen is the only production venture PSA operates in China after the French automaker wound down an unprofitable partnership with Changan Automobile Co. in late 2019.

After posting record sales of nearly 700,000 in 2015, behind demand for new crossover models such as the Peugeot 2008 and 3008, Dongfeng Peugeot Citroen’s deliveries have been stuck in a downward spiral, reflecting a lack of new and redesigned models.

Because of shrinking sales, Dongfeng Peugeot Citroen has been saddled with annual losses.

In the first six months, it lost another 1.3 billion yuan, according to information disclosed by Dongfeng, a Hong Kong-listed company.

Even amid recent losses and before the latest aid package was disclosed, PSA and Dongfeng remained committed to the plant by agreeing in June to extend their contract for the joint venture by 10 years to 2037.