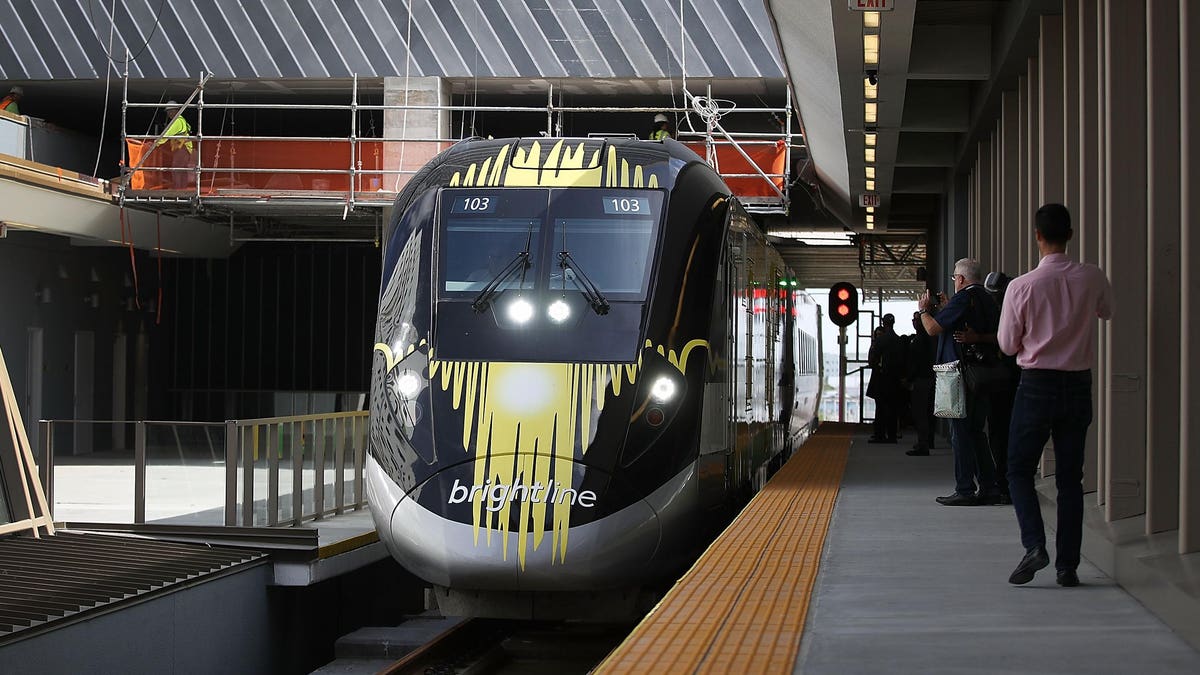 Brightline, the only private passenger rail service in the U.S., is moving ahead with an offering of up to $3.2 billion of tax-exempt bonds for a high-speed train line connecting Las Vegas to Southern California. The company also has a new plan to run trains directly into Los Angeles.

The tax-exempt debt from Florida-based Brightline Holdings is based on private-activity bond allocations of $2.4 billion from California and $800 million from Nevada to fund construction of the 260-mile line between the West Coast cities. The bonds are unrated and the coupon rate and expected yield won’t be set until marketing starts, the company said. Brightline has an additional $1 billion private activity bond allocation from the U.S. government that isn’t part of this offering.

Groundbreaking is set for late this year with a goal to complete construction in three years so that trains can start running by 2024, says Wes Edens, cofounder and co-CEO of Fortress Investment Group, the private equity firm that owns Brightline. The original plan was for a 169-mile line running from California desert communities Victorville and Apple Valley to Las Vegas at speeds of up to 200 miles per hour, but Brightline is in negotiations to lengthen it by 90 miles to get to Union Station in downtown Los Angeles.

“The real goal is to have a single seat from Union Station to Las Vegas. That’s the service we want,” Edens tells Forbes. While there’s not a final agreement to do that yet, talks with Los Angeles Mayor Eric Garcetti and city and county transit officials are progressing, he said. “There are a lot of details to be worked out, but it looks really good.”

Garcetti didn’t immediately respond to a request for comment.

Private equity investor Edens, who also co-owns the NBA’s Milwaukee Bucks, an energy business and commercial real estate projects, is pushing an audacious plan to bring private rail travel back to the U.S., an industry that died in the 1960s. His focus is on connecting cities by fast trains that are about 300 miles apart and typically too far to drive easily but too close to fly, while also offering a more enjoyable travel experience.

“This rail system can really be a generational asset that serves for a very long time and it’s a construction project that comes at the perfect time,” Edens says.

Brightline opened its first rail line in Florida a few years ago, connecting West Palm Beach to Miami. A $4.2 billion expansion is underway to take the line north to Orlando’s airport, also funded with tax-exempt bonds, that will allow travelers to get to Miami in about three hours. (Regular service between West Palm Beach and Miami has been suspended during the Covid-19 pandemic, though Edens says it could restart in November.) He doesn’t expect to turn a profit on the Florida train for a few more years, after the Orlando extension is running.

(For more on Edens see, Inside A Wall Street Tycoon’s Plans To Get Americans Off The Highway–And On His Trains, from the June 30, 2020 issue of Forbes Magazine.)

A trip from downtown Los Angeles to central Las Vegas on Brightline West may take a bit under three hours and cost about $80, with the high-speed portion limited to the 169-mile desert stretch between Victorville and Las Vegas. In addition to mutual funds and retail investors seeking tax-exempt bonds, Brightline debt is positioned as an Environmental, Social and Governance-oriented (ESG) investment since the trains will be powered by electricity and help lower carbon emissions by cutting the number of car trips between the cities.

“Because this is such a green and sustainable project, and there’s a significant ESG following both in the United States and from abroad … the project will appeal to a lot of different groups that a normal transportation thing wouldn’t,” Edens says.

He estimates the total cost to complete an LA-to-Vegas corridor may run to about $8 billion, of which $6 billion will come from debt financing.

Industrial giant Siemens, which builds the locomotives that pull Brightlines’ Florida trains, will supply high-speed electric trains for the West Coast project. The company initially was to operate the new project as Virgin Trains in a licensing deal with entrepreneur Richard Branson’s Virgin Enterprises but concluded that plan in August.

In August Metrolink, which operates an extensive commuter rail network across multiple Southern California counties, approved a plan for Brightline to eventually connect into its network in Rancho Cucamonga, a city 40 miles east of downtown LA. That connection opened up the possibility to run Brightline trains into Union Station. Additionally, Metrolink and Brightline are also discussing a possible extension from Victorville to the city of Palmdale, about an hour north of Los Angeles. That connection would also tie Brightline into the California High-Speed Rail project, which plans to have a stop in Palmdale eventually.

While Edens wants to make money from millions of riders taking his train annually, it will have a big impact on the economies of California and Nevada.

“It’s 30,000-plus construction jobs; $6 billion in economic impact; and over $800 million in federal state and local tax revenues,” he says. “Those are gigantic numbers and at the end you end up with this generational asset just like the Hoover Dam that is going to serve this part of the world for many generations to come.”