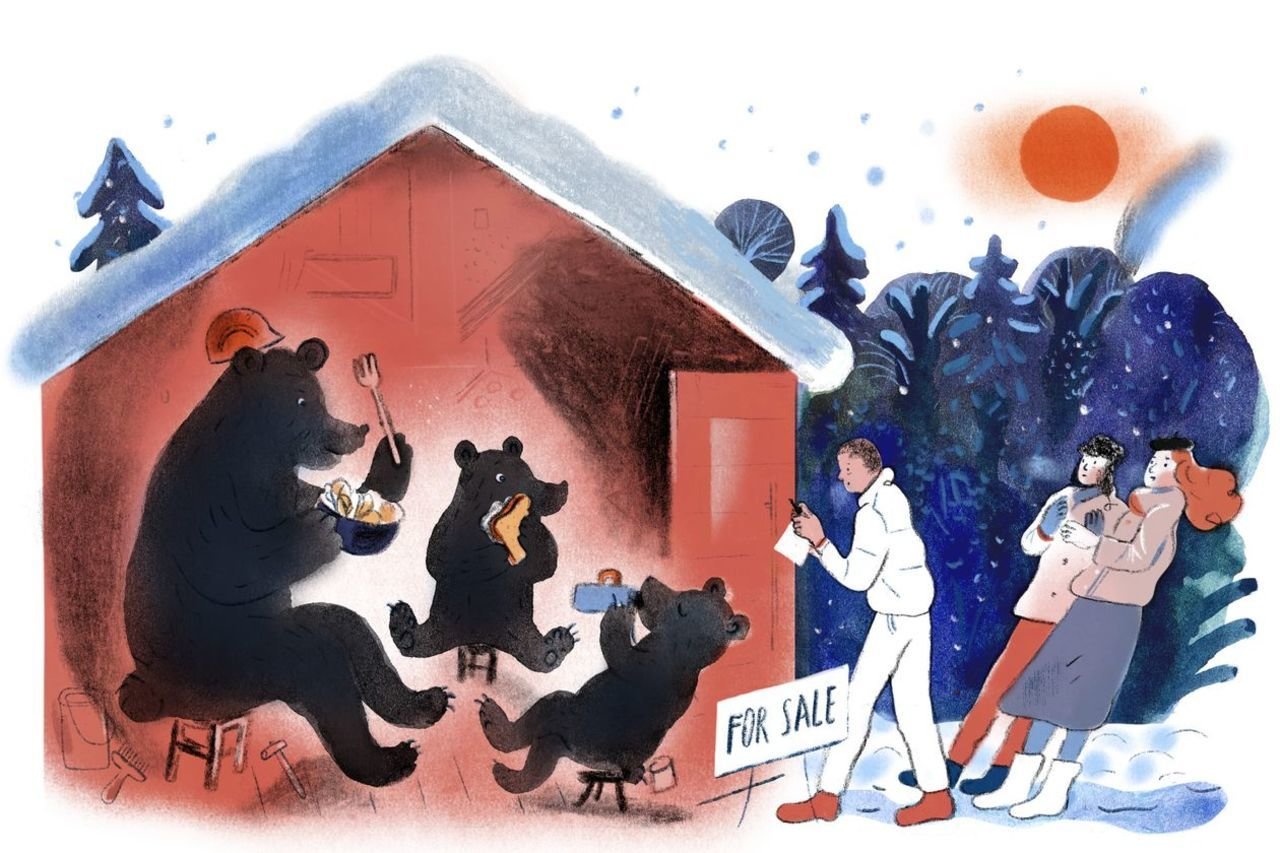 Q: What obstacles have you encountered while selling homes in the mountains?

I was showing a house under construction to some clients. There were contractors in the house working, but they had left their lunch in the living space. We walked in and it was not one bear, but three bears, in the house eating their lunch. Literally three huge bears, in the house. We screamed, we ran and jumped in the car. I think it was a mama and two cubs, but they were not small cubs. They were large.

Finally the contractors saw them somehow, or maybe heard us scream, and kind of shoed them out. They meandered out, one by one, and went on their merry way. It was crazy. In the middle of the day. We hung out and waited for them to leave and then we went back in. The clients were laughing. I didn’t even know what to say. They’re from the East Coast actually. So I think they were excited to see the bear, but on the other hand, oh my goodness.

We’re in Tahoe so yeah, we have bears. You’ll see them here and there, but to have three of them in one house, it was a little disturbing.

They didn’t end up buying [the house.] In fact I’m still working with them. I don’t think they’ll end up in that community.

More: For These Unique Homes, Being the Odd One Out Has Its Ups and Downs

We were trying to sell the lifestyle of a property and I had a very eclectic seller. Eclectic and excited. He was like ‘We need to show every single opportunity that this property affords.’

It was a beautiful 40-acre parcel. We’d done videos showing ATV’ing and all these other activities. He didn’t live quite on a ski slope, but he was like ‘You can totally backcountry ski here.’ I had not really considered backcountry skiing as one that would be in the video, but he was like ‘absolutely. It’s so accessible, it’s right out the back door.’ I was like ‘if you say so, then let’s do it.’

I hadn’t really scoped it out prior. I was the skier in the video. [The seller, who was filming,] gets me to the top of the hill and he’s like ‘all right, Kiki it’s your turn.’ And it’s not a resort slope, so there’s trees and bushes everywhere. And I’m not kidding, I literally take two turns and go straight into a bush. It was so funny. I could not stop laughing and I was mortified, because I’m a great skier, I live here. But of all the times to just totally whiff. [The seller] thought it was hysterical.

We did eventually get enough footage. The video did not include my skiing into a bush, as epic as it was. We did sell that property, so it was a success in the end. The house had been on the market with 5 other brokers for over 8 years, something like that. So it was worth hitting the bush.