Saving the auto industry and ‘so many’ car plants: Trump makes dubious claims at Michigan rally 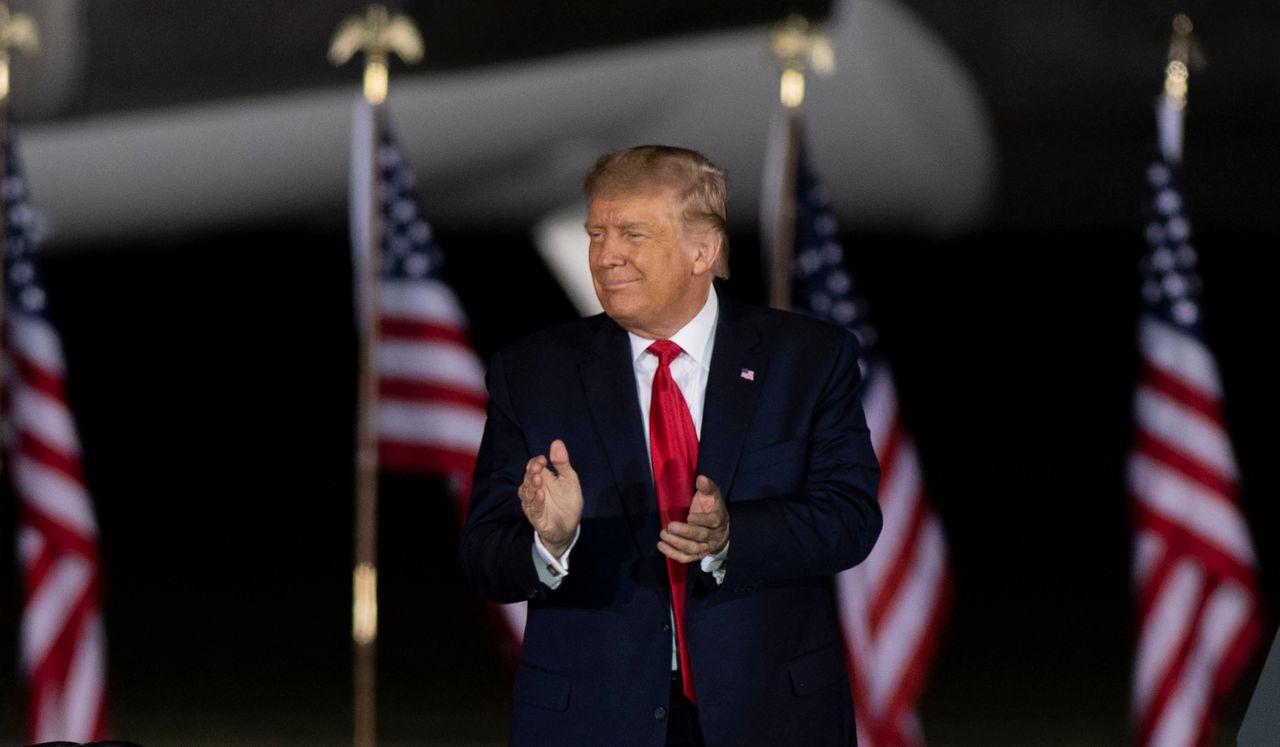 FREELAND, MI — President Donald Trump made a variety of big boasts during his first Michigan campaign rally in 2020, touching on issues ranging from the auto industry to violence in the streets.

An estimated crowd of 5,500 supporters packed into an aircraft hangar owned by Avflight Saginaw at MBS International Airport on Thursday evening. The rally was Trump’s first campaign visit to Michigan, a key battleground state, this year as the COVID-19 pandemic temporarily halted most in-person political events for six months.

The president spent most of his speech focusing on his economic achievements, but Trump hit a wide range of topics over the course of nearly 90-minutes. Here are a few notable claims Trump made Thursday in Freeland.

The president brought up Michigan’s auto industry several times, leaning on familiar talking points on trade that were a favorite topic during his underdog 2016 campaign. Trump said he’s ushered in a resurgence in auto jobs throughout the state.

The crowd erupted into chants of “we love you” and “four more years.”

Fiat Chrysler Automobiles announced one new Jeep assembly plant on Detroit’s east side, but there haven’t been any other new plants announced in Michigan since Trump took office. Automakers have announced investments in existing Michigan facilities during the president’s first term.

Trump said five new car companies are coming to Michigan the day after he had a conversation with Japanese Prime Minister Shinzo Abe. It’s not clear what Trump was referring to, as there haven’t been any such announcements publicized, though Japanese automaker Toyota announced investments in existing plants around the same time as a 2019 conversation between Trump and Abe.

Trump tried to take a line Biden has used in Michigan by claiming he saved the auto industry through his policies on trade. Biden meanwhile, has said his work to oversee the 2009 bailout of General Motors and Chrysler means he “saved” Michigan’s auto industry.

Michigan lost 19,400 jobs in motor vehicle manufacturing and parts manufacturing from the time Trump took office to July, according to data from the Bureau of Labor Statistics. The industry dropped 2,000 jobs from February 2017 to February 2020, before COVID-19 outbreaks caused a recession.

Trump said he was honored with the “Michigan Man of the Year” award several times at campaign events in the last four years, repeating the claim Thursday.

MLive and other news organizations have found no evidence such an award exists, but the claim can probably be traced back to a 2013 speech Trump made at the Oakland County Republican Party Lincoln Day Dinner.

Photos from the event show former Congressman David Trott handing Trump a framed copy of Lincoln’s Gettysburg address, a statuette of the 16th president and a tie.

Trump said he was “honored” with the award “by somebody” after giving a speech about how auto companies are leaving the country.

Read more about the event here.