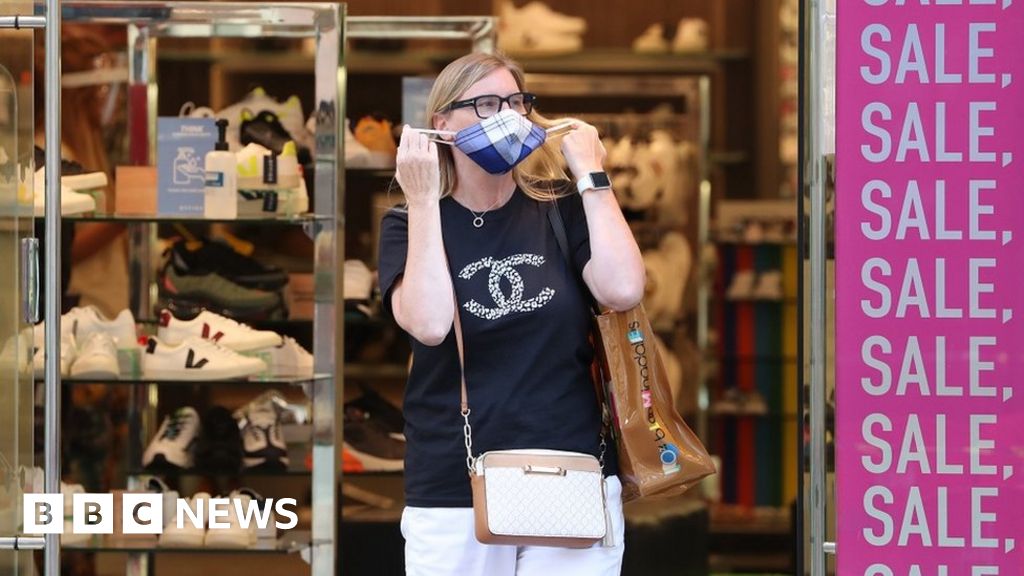 Sales on Scotland’s high streets stagnated in August, according to the latest industry study.

The figures released by the Scottish Retail Consortium (SRC) show that sales fell for six months in a row compared with 2019.

Food sales grew at a slower rate than earlier in the lockdown while wet weather boosted sales of autumn clothing ranges.

The SRC suggested buying habits had changed with people at home more often.

The total rate of decline on Scotland’s high streets was 7.5%, up slightly from July.

Director of the SRC, David Lonsdale, said: “Six months on from the start of the pandemic and the revival of retail is proving painfully slow and protracted.

“The recovery in stores witnessed over recent months petered out in August, with Scottish retail sales now having fallen for six months in a row compared to the same period last year.

“Any hopes of a return to growth or, even better, a modest clawback of lost sales from the earlier part of the pandemic, will have been thwarted by this latest data.”

The figures showed that some parts of the retail industry were hit harder than others.

Food shopping recorded its weakest performance in more than 12 months, which the SRC said was due to the return of restaurants and bars.

Clothing and footwear underperformed, despite the return of schools, as did beauty and cosmetics.

Computing sales continued to perform well, boosted by remote working and the return of students.

Paul Martin, head of retail at KPMG UK, said: “An ongoing lack of consumer confidence, combined with local lockdowns, and a massive decline in summer tourism numbers have, in summary, created arguably the most difficult period Scotland’s retail sector has witnessed in modern times.

“All eyes will now be on the autumn period. As coronavirus cases rise and the furloughing of staff eases off, there are real fears the industry could face even greater challenges ahead.”

The SRC warned that, even with the Christmas period where retail sales are traditionally strong, the short-term outlook for the sector remained uncertain.