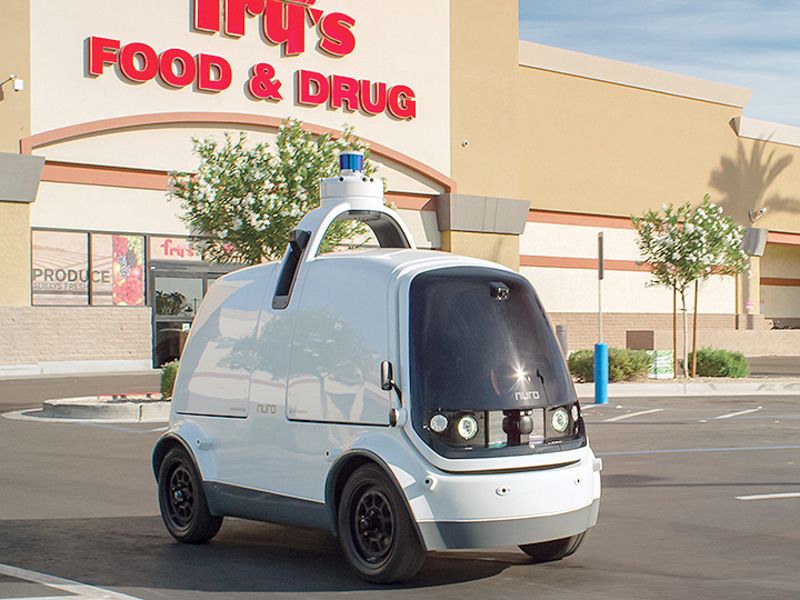 Autonomous-vehicle developers have touted their technologies as a powerful new tool for delivering societal benefits, from providing transportation independence for people with disabilities and those who are blind to linking residents of low-income neighborhoods with higher-paying jobs.

Nuro’s efforts in a city where there’s an eight-year gap in life expectancy between its richest and poorest neighborhoods represent some of the first tangible actions taken by a self-driving tech company to deliver on those promises over the long term.

To be sure, the company’s work in Houston has been conducted on a small scale. Between June and August, a spokesperson said, the company delivered hundreds of meals in collaboration with the food bank, using Nuro’s test fleet of self-driving Toyota Priuses. Vehicles delivered meals and groceries from the food bank to residents in 30 Houston-area ZIP codes.

That range is substantially beyond the six Houston ZIP codes in which Nuro currently makes deliveries as part of ongoing pilot projects with the Kroger grocery chain and CVS Pharmacy. The company expanded the area because it wanted to address food insecurity in low-income areas as the pandemic heightened the need.

“Working with them helped us provide great consistency at a time when there were so many variables for us and for some other partners,” said Harry Hadland, business processing manager at the Houston Food Bank.

“Having a company doing philanthropic activity that wasn’t just donating — they were actually devoting resources to meet the need — gave us precedent for how to form these partnerships and it opened our eyes to the possibility that advancements in technology brings.”

Other self-driving companies have used their vehicles for similar contributions during the pandemic. For example, Cruise has partnered with Bay Area nonprofits to deliver more than 20,000 meals.

Nuro wants to continue such work over the long haul, and it may be in a unique position to make that happen.

Though Nuro used its Prius fleet in its work with the Houston Food Bank, the company’s prototype vehicle, the R2, is purpose-built for delivery applications and has no room for humans — and it’s the first AV ever to earn a regulatory exemption from federal motor vehicle safety standards.

Under the exemption, as many as 5,000 R2s could be deployed during a two-year period. While Nuro has no public plans to expand beyond Houston, eventually those vehicles could be used to infuse food deserts with fresh food elsewhere.