Stellantis ranks even lower among supplier base 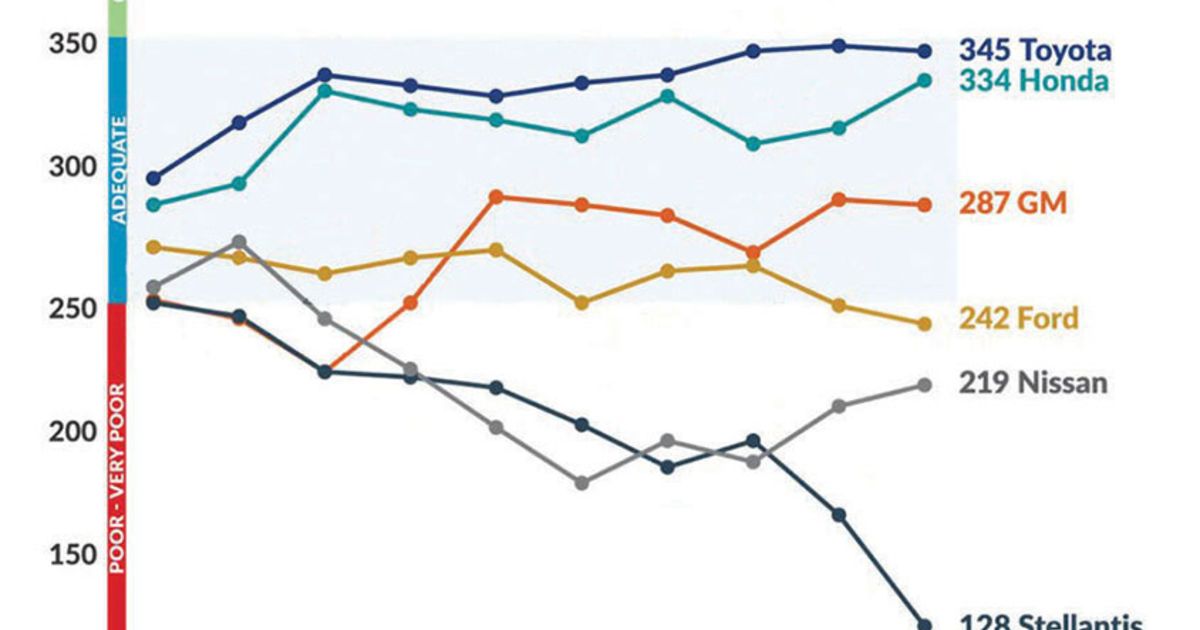 In recent months, Stellantis indicated that it expected its supply base to shoulder more of the R&D cost of making the automaker competitive in EVs. And this year, it informed its suppliers that the company was adopting new terms and conditions in its contracts that could force North American suppliers to reduce prices whenever they achieve any cost savings and keep them locked into unfavorable contracts at the automaker’s discretion.

Many suppliers protested the changes and sought exemptions. Stellantis, formed in 2021 by the merger of Fiat Chrysler Automobiles and PSA Group, backed off from most of the new terms this month, shortly after installing a new head of purchasing and supply chain.

Maxime Picat, who was COO of the automaker’s Enlarged Europe region, replaced Michelle Wen, who has left the company.

Suppliers all over the industry have struggled through the past two years of pandemic disruption and worldwide factory schedule interruptions as a result of material and part shortages, including microchips.

While automakers have delivered enormous profit gains in many cases, despite the disruption, and even U.S. auto retailers have reported soaring profits despite shrunken vehicle inventories, suppliers have been unable to avoid large hits to their earnings.

“When you consider all the crises being thrown at the auto industry,” Andrea said, “from material shortages and price inflations, the workarounds from the chip crisis and plant closings and reopenings, you need positive personal relationships to manage through the disruptions.

“I believe what we see in this year’s study is that automakers are realizing that they need their suppliers working with them and not against them,” Andrea said, referring to Stellantis’ about-face on its contract changes and Nissan’s improved relations on the report card.