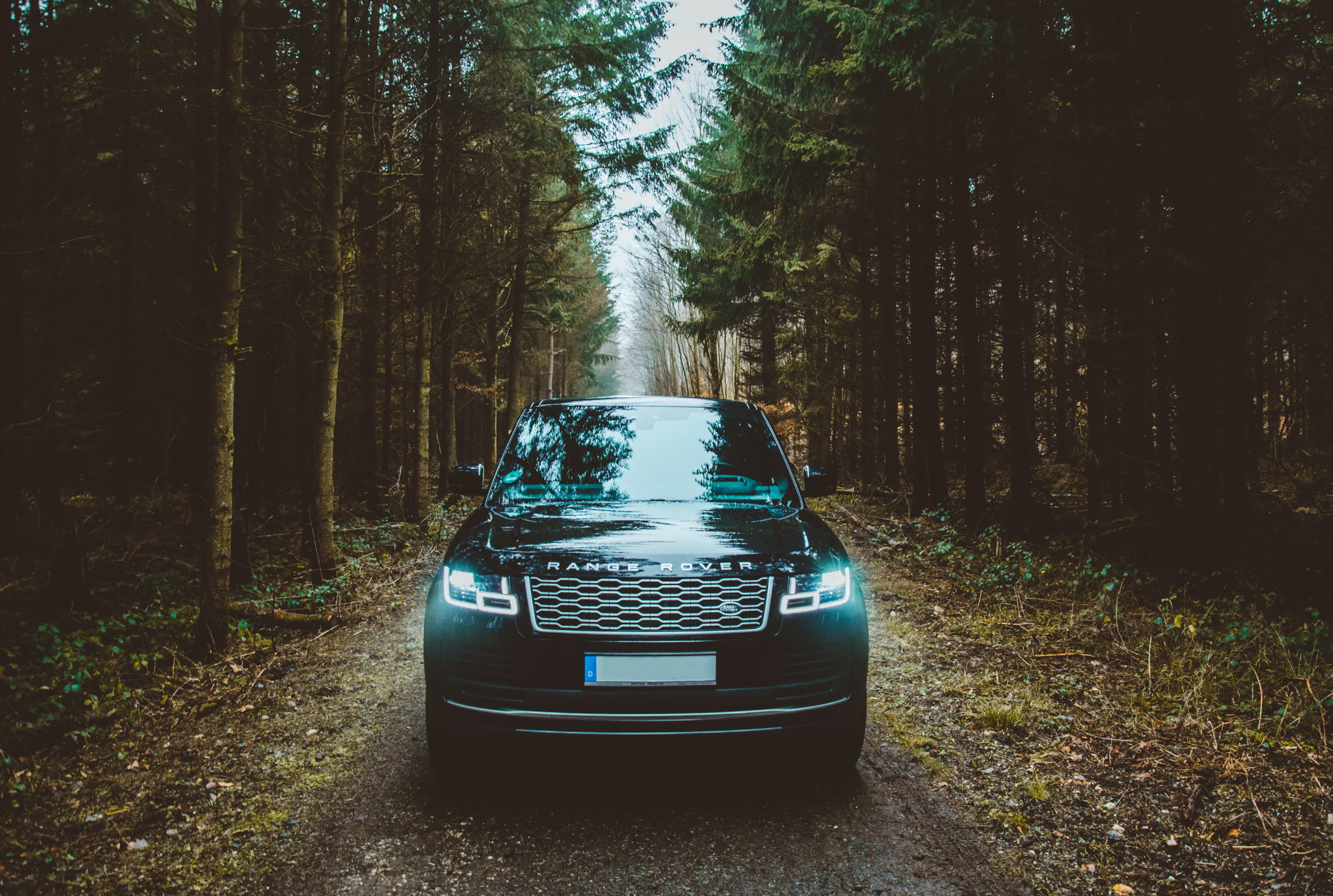 Tata Motors Limited (TTM), a dominant player in the Indian commercial vehicle market, is one of the most undervalued companies in the automotive industry with an A+ Value Grade backed by trading multiples being materially below the sector medians. But while cheap valuation might be a Buy signal, investors should interpret the price the market is paying with caution, as there is always a reason or, better to say, a story behind low multiples. 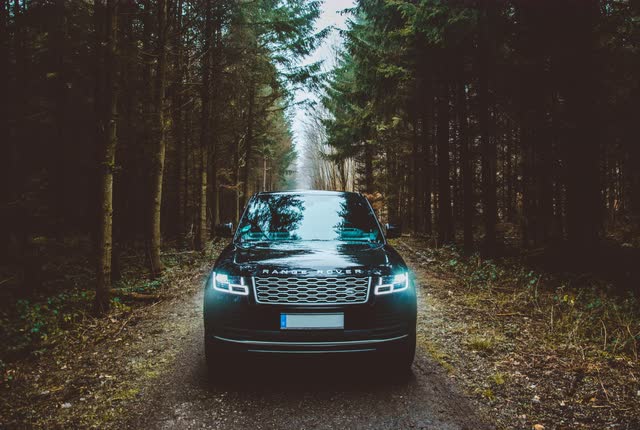 TTM price has gone up ~14% since October 2019, but if we place these gains in a broader context, e.g., look five years back, we will notice that it has been just a price fluctuation amid an incessant decline since late 2016 when the stock was trading above $40 for the last time. But it did not happen without cogent reason: the downward plunge was precipitated by a slew of downside catalysts.

For example, in 2019, Tata Motors Limited was heavily impacted by falling demand for vehicles across the globe amid the trade war coupled with a devastating slump in domestic commercial vehicle sales.

Another wild card was Brexit-related uncertainty that weighed on its subsidiary – Jaguar Land Rover PLC that has manufacturing facilities in Castle Bromwich, Halewood, Solihull, and Wolverhampton, and, hence, in the case of a hard Brexit scenario, would clearly face a predicament. Another headwind was the weakening popularity of diesel engines in the UK and Europe, which resulted in a 10% to 15% reduction in JLR’s sales of diesel cars in the region in fiscal 2018/2019 (page 16 of the annual report; see downloadable pdf here) and also continued to weigh on the sales dynamics in fiscal 2019/2020.

Already suffering from revenue contraction, Tata entered a tumultuous 2020, which restrained the company’s ability to generate sales even further. As of end-June, the Indian industrial heavyweight was unable to cover annual costs, interest, and income taxes in full and was burdened by gross debt, which far exceeded its shareholder equity, to boot.

So, those investors who bought shares five years ago saw their capital shrinking incessantly, while other major automakers, which were also pummeled by the trade war and the coronavirus crisis, fared materially better, and some even delivered positive price returns.

But have its woes already come to an end?

First, let me shortly remark that it is not a straightforward task to analyze Tata’s fundamentals due to a few reasons. First, the company reports its consolidated results in Indian rupees, and JLR’s results are in pound sterling. Second, the company prepares its financial statements in accordance with IndAS, and JLR’s results are being reported in accordance with IFRS, while most American investors are more familiar with the GAAP principles.

Please, also take notice that you should use consolidated (that include JLR), not standalone financial statements (page 262 of the fiscal 2019/2020 annual report). With this in mind, we can delve a bit deeper into the historical data.

Its FY20 (ended March 31, 2020) total revenue from operations was ₹2,61,068 crores vs. ₹3,01,938 crores in the previous year. Though its cash flows rose materially if compared to fiscal 2018-2019, it still was not strong enough to fully cover investments in tangible and intangible assets.

In Q1 FY21, the company touched its multi-year revenue nadir, reporting a top-line result of only ₹31,983 crores (slide 4), which is equivalent to $4.23 billion, as plants were closed due to the coronavirus-related restrictions, thus global wholesale volumes dropped to 91,800 vs. 256,800 in Q1 FY20. Both the Indian segment and JLR were afflicted. For example, its British subsidiary failed to generate positive EBIT again and delivered a minuscule EBITDA margin of 3.5%, as sales fell 44%.

To rewind, in the not-so-distant-past, JLR enjoyed favorable top-line dynamics with meaningful YoY improvements both in volumes and revenues, mostly spurred by the robust demand for SUVs in China. For example, in fiscal 2017/2018, revenues rose 6.2% (page 3 of the annual report). But then it lost its shine.

The woes of 2020 have exacerbated its issues; for example, the coronavirus crisis led to the delay in the rollout of Land Rover’s new Defender. Another disappointment for JLR (and Tata Steel, which is also a part of Tata Group) was the inability to qualify for Project Birch government aid, as the UK Treasury concluded that both have enough potential to cope with the downswing on their own, without emergency government funding.

However, there are a few encouraging bright spots for Tata Motors. For instance, the data the company shared in the Form 6-K illustrate that the total domestic sales surged 37% in September, while Q2 Indian sales were up 13%. Though demand for commercial vehicles was still restrained as sales dropped 29% in FQ2 and 11% in September, a steep increase in passenger car sales (up 112% in the quarter and 162% in September) bolstered the total figures. So, the data illustrate that the robust momentum emerged in the Indian market, which means the sales recovery is likely underway.

At the annual shareholder meeting in August, the company announced its commitment to gradual deleveraging and delivering FCF in its Indian business in FY21. For Jaguar Land Rover, Tata is expecting to generate a cash flow surplus left after covering capital investments in FY22. That was a clear message to investors that the company has serious motivation to put a period on lackluster financial performance.

Becoming FCF positive will require a combination of higher sales, zealous cost management, and tight capital expenditures. In the case of JLR, it had already axed more than a thousand agency jobs.

Focus on FCF means TTM is going to bolster the intrinsic value of the stock, thus giving impetus to capital appreciation. Also, this might mean TTM has a long-term goal to reinstate the dividend, which was paid in 2016 for the last time as FCF was no longer supportive of shareholder rewards; however, the yield had never been appealing. In 2012, it was close to 2%.

Another commitment that was reiterated is consistent deleveraging. Both the gross and industrial debts of the company are hefty. As of end-June, Tata’s Gross Debt/Equity ratio was above 165%. As a quick reminder, bloated debt makes Return on Equity and P/E useless. Also, despite the fact that the net debt is much lower thanks to a massive cash pile, Tata has imperfect credit ratings. For example, it has a B1 rating from Moody’s with a negative outlook.

To sum up, I reckon Tata’s medium-term goals are entirely reasonable. I like its laser focus on meticulous capex management and cost optimization that, if successful, will result in achieving FCF breakeven.

To par 5-year stock price losses, the company should persuade the market that it can successfully execute the turnaround plan and emerge much leaner, which lower costs and higher efficiency. Strong momentum in the Indian passenger vehicle market instills some confidence that sales will recuperate going forward, thus making it easier to deliver cash surplus, reduce the hefty debt burden, and improve credit ratings. But if it fails to deliver on its promises, the stock price will inevitably crater. Thus, I prefer to take a neutral stance.