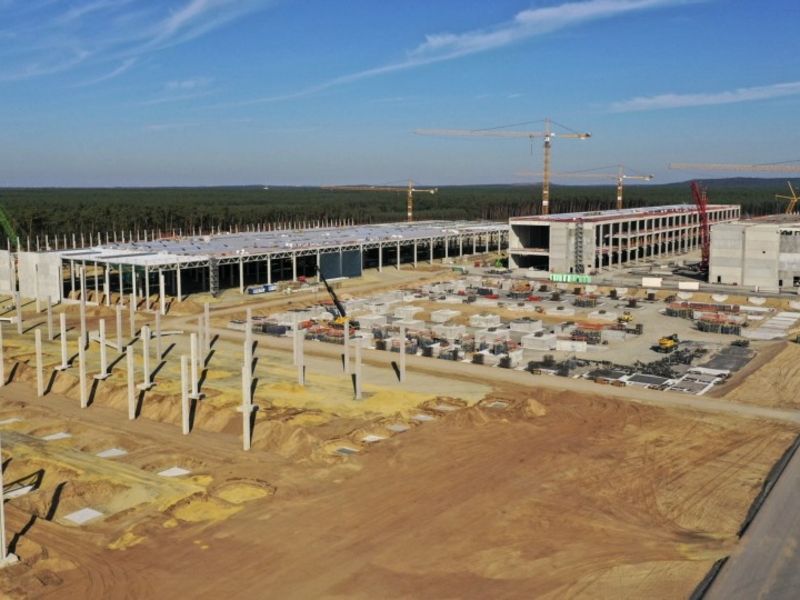 Tesla’s factory near Berlin faces no major hurdles before getting the final green light to start producing electric cars next year, according to the premier of Brandenburg in Germany, where the plant being built.

Public hearings into the site east of Berlin were set to continue on Friday, dragging the process on for two weeks instead of two days. Environmental activists and local residents have grilled authorities on hundreds of issues from deforestation and water usage to increased truck traffic and noise pollution.

Despite the drawn-out process, Brandenburg Premier Dietmar Woidke is not concerned and expects the project to progress as planned.

“As of now, I know of no problem that would stand in the way of the construction permit,” Woidke told Bloomberg News at the state government’s headquarters in Potsdam. “My assumption is that a legally sound permission is possible here.”

The plant, Tesla’s first in Europe, is slated to start production next summer and could assemble as many as 500,000 cars a year. Several structures have already been erected at the site in Gruenheide, which CEO Elon Musk visited last month.

When complete, the factory will build the Model Y crossover, the Model 3 sedan and future cars too, according to company filings.

The factory is a major investment in the former communist region and a test for Germany’s efforts to speed up its notoriously slow-moving bureaucracy.

Musk announced the plan to challenge rivals including Volkswagen Group, BMW and Mercedes-Benz in their own back yard less than a year ago.

Despite hurdles, including concerns about breeding wildlife, the project has remained on track.

Rolls-Royce Holdings is developing low-emissions aircraft engines in the state surrounding Berlin, and BASF SE is producing components for car batteries there.

“We don’t go public with the beginning of every talks,” he said.

The state currently has renewable energy capacity — predominantly wind power — equivalent to 130 percent of its needs, an incentive for manufacturers that are under pressure to lower their carbon footprint, Woidke said.

To be in position to better leverage its clean-energy resources, the state is lobbying Chancellor Angela Merkel’s government to reduce a mandatory, “green levy.”

German consumers and companies alike pay mandatory charges on all power consumed to support the build out of clean energy. The surcharge has helped make German electricity the most expensive in Europe and is pushing up the potential costs of companies like Tesla to tap wind and solar, said Woidke.

Brandenburg and EON SE’s Edis unit are in talks with Tesla to supply the plant with renewable energy, said the Social Democratic premier, without being more specific.