Tesla warns on challenges of scaling up production 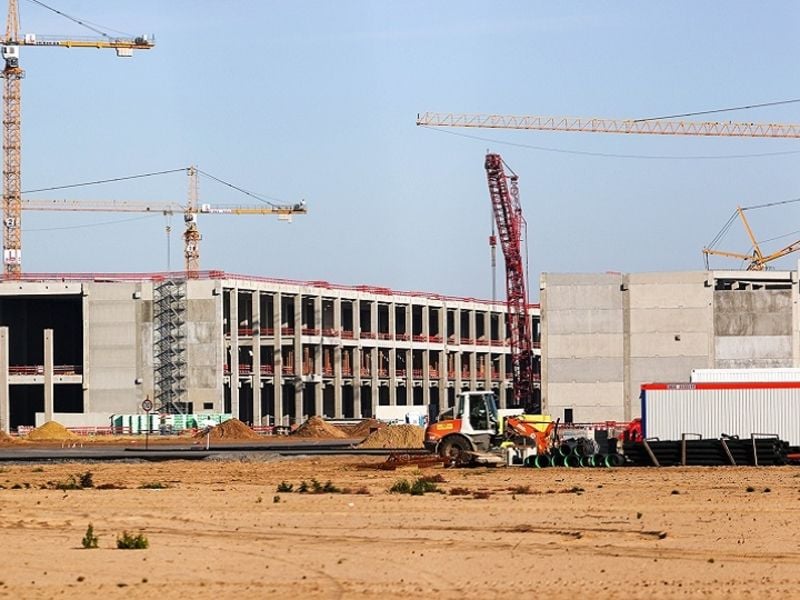 FRANKFURT — Tesla CEO Elon Musk warned about the difficulties of speeding up production as an expert cautioned that the automaker’s increased reliance on large-scale aluminum parts could bring new manufacturing challenges.

While automakers such as Mercedes-Benz have said automation has limitations, Musk has pressed on with plans to create a hyper-automated factory, which he refers to as the “alien dreadnought,” or “the machine that builds the machine.”

Musk’s warning comes ahead of a “battery day” later on Tuesday, when Tesla is expected to unveil steps to boost battery production.

For its new Model Y, Tesla plans to replace 70 components glued and riveted into the car’s rear underbody with a single module made using the world’s biggest aluminum casting machine in its new factory in Brandenburg, near Berlin.

Car bodies have traditionally been made by assembling multiple stamped metal panels, a technique which has helped create crumple zones to absorb energy during a crash, but Musk is charting a new course at the Brandenburg plant.

While casting could reduce the number of assembly steps, larger aluminum parts are more prone to deformation, according to Professor Martin Fehlbier at Kassel University in Germany.

“On paper it looks easy,” said Fehlbier, a former head of foundry technology at Volkswagen Group, which pioneered aluminum construction techniques at its Audi brand. “The small details can cause you to burn through a lot of cash.”

The larger the part, the more attention needs to be paid to heating the form, since molten aluminum needs to fill out the cast, Fehlbier said, adding the thinner the part being made, the more likely the metal will cool before filling out the form.

By contrast, the hotter the form, the longer the component has to cool before the next manufacturing step, which can limit the overall speed of production, Fehlbier said.

Cooling aluminum too quickly can lead a component to deform and changing the consistency of the metal has huge implications for the cost of each component as well as on potential crash test behavior, he added.

“The Audi A8 has started to use more steel parts because a new side crash test in the United States cannot be passed using just aluminum,” Fehlbier said.

It’s not the first time Tesla has faced challenges with new production techniques. The EV maker was forced to fly in a new production line from Germany to Nevada in 2018 to fix a manufacturing line after robots failed to coordinate seamlessly.