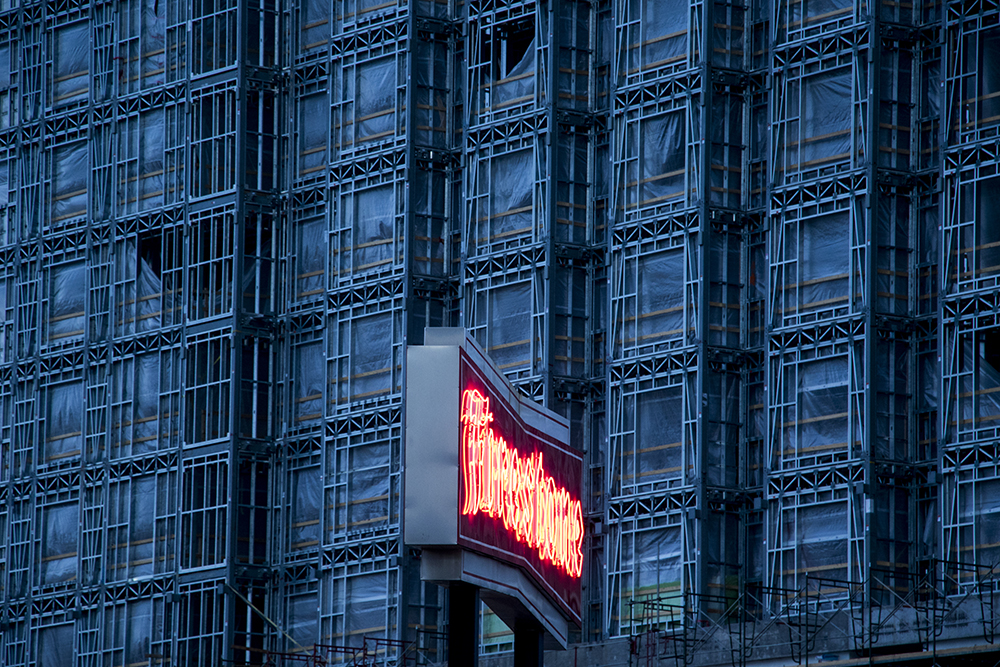 Surrounded by new apartment buildings, the mid-century Firestone auto shop at 2000 Broadway is in the crosshairs of developers and eligible to be saved. Denver has to decide whether the one-story Googie-style building should be preserved in the name of history or bulldozed to make way for housing.

It’s a debate between preservation and construction that’s played out in the city again and again: at Tom’s Diner, the Brutalist Channel 7 building and even the Tortillas de Mexico site.

This time, a team including Tennessee company Broadway Cali Partners, LLC, associated with GBT Realty Corporation, has submitted a demolition-eligibility application for the Firestone site. GBT Realty has deep experience in suburban shopping centers and some luxury apartments in its home state of Tennessee and also Texas.

GBT Realty Corporation and the national planning and design company Kimley Horn have also submitted plans to the city for the development at 2000 Broadway. A spokesperson for the project declined to comment.

The proposed building would include 25 stories with 262 units, according to concept plans under review. This would not be an entirely income-restricted housing development, and the number of units is much smaller than the 646 units proposed to be built across the street from the Mercury Cafe.

None of this potential housing at 2000 Broadway would be possible if the building is saved. And Denver Landmark Preservation has dubbed it eligible for preservation.

In the next few weeks, Denver City Council members, the planning department and residents will decide whether it’s a good idea to fight for the mid-century auto shop.

Here’s the history of the site, according to Denver Landmark Preservation.

Since the 1800s, Broadway has been a major road through Denver, and starting in the 1910s became the strip where auto dealers and repair centers opened businesses. In May 1922, the Denver Post first advertised the 2000 Broadway spot this way: “Prominent Corner at 2000 Broadway Extension. Just the place for a service station. 100-foot frontage on Broadway and California.” By 1924, Kremer Tire Service Co. opened a shop on the plot, alongside many similar businesses rising in the area.

Firestone, a company founded in 1900 and which took off when Henry Ford used its tires on Model Ts in 1906, had a different Denver shop at 770 Speer Blvd. But with business booming, the company needed a second location and opened up a Firestone Auto Supply & Service Store at the former Kremer location in 1936.

By the mid-1900s, as car culture took off in the suburbs, businesses in downtown had to find ways to compete. Firestone’s answer: brand new fashionable architecture and expanded offerings far beyond auto supplies.

In 1965, the Denver Post described the old Firestone building being razed and a new building, the one that stands there today, being built. The paper described it as “the most modern one-stop servicing the region.”

And one-stop was no exaggeration.

Over the years, the building has continued to operate as an auto repair shop — even as its modern look has become nostalgic.

Here’s why the planning department thinks the building is eligible for preservation.

The structure is a strong example of modern, mid-century style, Denver Landmark Preservation explained in its report. Though the building’s architect is unknown, the design evokes Googie architecture, with elaborate designs, unusual roofing and a futuristic appeal aimed to attract drivers looking for a “modern” experience.

Many auto dealers and car-related buildings have been torn down, so it’s also a rare example of the businesses that once thrived on Broadway. And the building, constructed at the junction of Broadway and 20th and California streets, showcases how architects used design to force people to pay attention to businesses and compete in an oversaturated market.

The Firestone building, constructed in 1965, also marks a moment in time when downtown was becoming subordinate to the suburbs — a place people drove into for work.

The question Denverites now face: Should today’s urban development and need for new housing be curbed by nostalgia for yesterday’s car culture?

In most cases, sites eligible for preservation are not preserved.