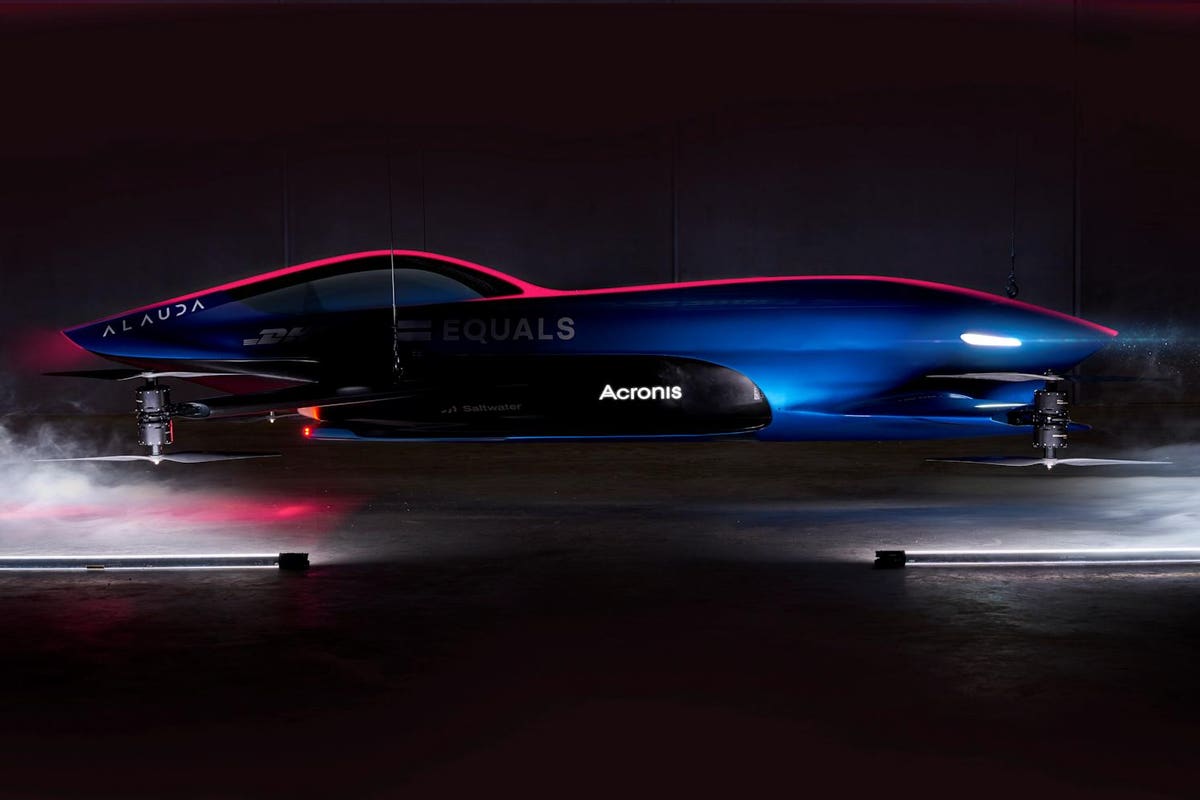 Cyber-protection business Acronis has built a reputation around data backups and cybersecurity. Now it is expanding its scope with the announcement of a strategic and technical partnership with Airspeeder, the world’s first electric flying car racing series planned for 2021. Acronis will secure the virtual force-field protection for ‘speeders’ which is being provided by the use of LiDAR and machine vision technology to help prevent in-air collisions. This force-field protection for “close but safe” racing at speeds of up to 120 MPH should hopefully accelerate the development of such safety measures within the emerging commercial electric vertical take-off and landing (eVTOL) sector.

The eVTOL sector, with heavy backing from the likes of Airbus, Daimler, Hyundai, Toyota and Uber, could feasibly herald something of a mobility revolution with electric taxis taking to the sky. For now, though, the flying cars of the Airspeeder racing series are more like giant drones, remotely-controlled multicopters built for speed and agility. Potentially capable of reaching speeds of up to 120 MPH, these speeders, as they are known, could become the testbed for eVTOL vehicles.

The Airspeeder Mk4, reaching the final development stages, has been reported as being powered by four 24Kw motors, and interchangeable 500Kw batteries, while weighing in at 250kg. If that turns out to be the case, then it could deliver more power-to-weight than F1 racing cars.

Motorsport has traditionally driven automobile technology forward if you’ll excuse the unavoidable pun. It’s hoped that with investment from the likes of DHL and global money management company Equals, as well as Acronis, parent company Alauda can do the same through flying car racing for eVTOL vehicles.

With remote pilots rather than drivers, drawn a pool consisting of an elite mix of aviation, motorsport and eSport people, Airspeeder promises to put both technology and human skill to the test.

“At Airspeeder, we are creating an aerial motorsport driven by innovation,” Matt Pearson, founder of both Alauda and Airspeeder, said, quoting “an extraordinary culture of technological success in Formula One and Formula E,” from Acronis. Although it’s easy to write-off the Acronis involvement as just protecting back-office data, actually it’s far more than that, according to Acronis senior vice president, Jan-Jaap Jager. Acronis will “help Airspeeder to enhance their performance on the air track and in the back office,” Jager said, “we look forward to delivering on the promise of a true next-generation technical and sporting proposition.”

Delivery of the technology will be assisted by Acronis partner cybersecurity solutions provider Teknov8, and help manage the live data streams essential to the safety of this new sport, being heralded as the Formula 1 of the skies. Acronis has plenty of experience when it comes to ensuring the security of Formula 1 data produced during both racing itself and, just as importantly for such a competitive business, the testing of vehicle performance. Telemetry data will be vital to those participating in the Airspeeder series, perhaps even more so than the terrestrial equivalent given the additional dangers that flying at 120 MPH introduces.

Airspeeder said in a press release that the Acronis and Teknov8 partnership would ensure a race or flight will never be compromised, by securing the terabytes of data streamed between speeders and technical teams. The utilization of LiDAR and machine vision technology to map out both the close and safe racing mentioned earlier, but also to ensure digitally defined no-fly zones are kept secure to protect spectators.