These Are The Ten Most Valuable Companies In America 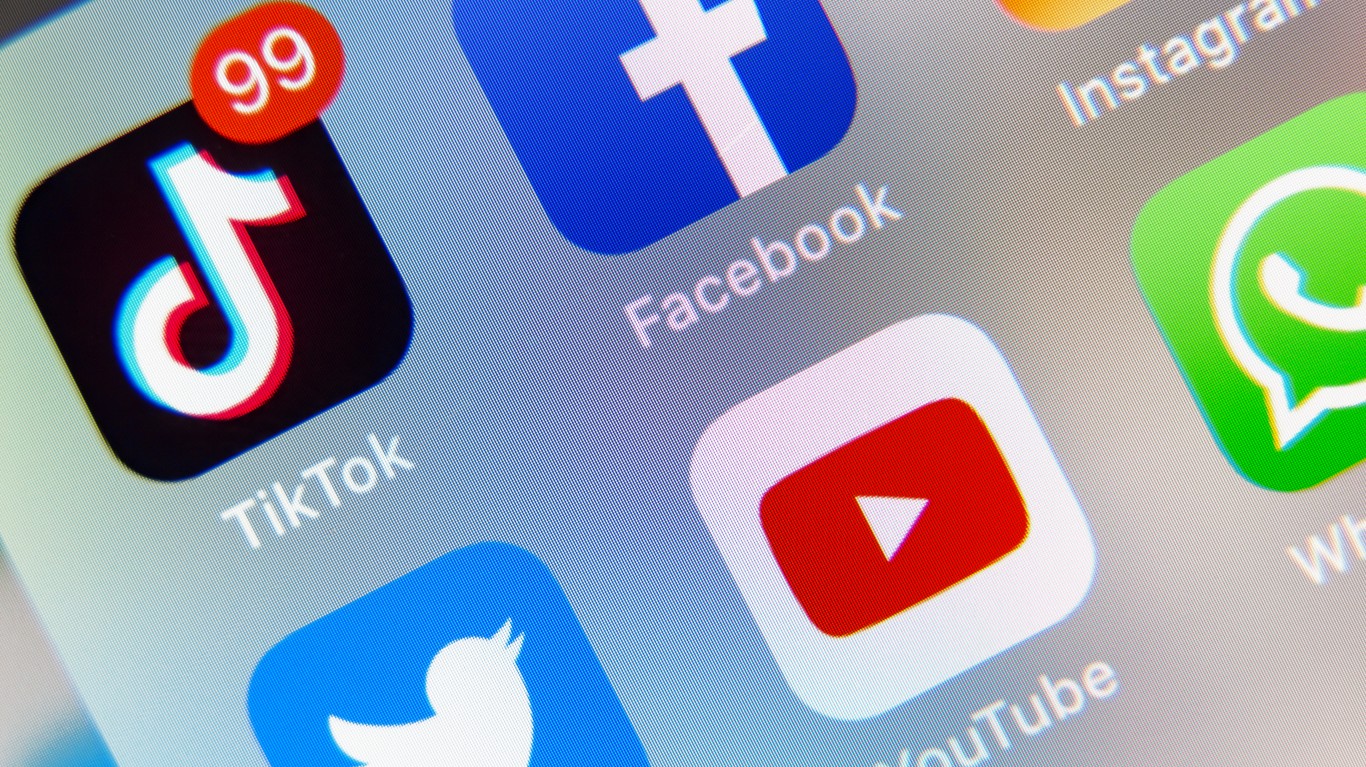 Anatoliy Sizov / iStock Unreleased via Getty ImagesThe ten most valuable companies in America, based on market capitalization when added together, are worth almost $8 trillion. America’s GDP is $21 trillion. China’s is $14 trillion. The list shows the rise of the tech economy–the top 5 are all from that sector.

10. Tesla is worth $404 billion, an extraordinary sum, given that it will sell about 500,000 this year, Global car company leader Volkswagen will sell over 10 million. However, Tesla has effectively positioned itself as the car company of the future, which is one in which fossil fuel vehicles will disappear. Tesla is also considered in the vanguard of another industry movement–autonomous cars.

9. Walmart with a $405 billion market cap remains the world’s largest retailer, with over 11,500 stores spread across the globe, and $524 billion in revenue. That makes it the biggest public corporation in America, based on that measure. It employs over one million people in Amerca. It is, however, under siege by e-commerce giant Amazon.

8. Visa’s market cap is $459 billion. It holds about 50% of the credit car and electronics transaction business in the world, ahead of rival MasterCard at 25%. It has benefited substantially from the move to e-commerce where cash transactions are not an option. It operates in 200 countries.

7. Taiwan Semiconductor, with a market cap of $460 billion. It is the world’s largest semiconductor foundry. Last year, it made 10,761 different products that used 272 distinct technologies. It had 499 different customers. With the rise of consumer electronics and smartphones, its revenue has soared and is expected to continue to do so.

6. Berkshire Hathaway is worth $515 billion. Warren Buffett’s conglomerate is a holding company for dozens of other corporations that run from railroads to insurance companies. It also acts as a sort of mutual fund, which owns shares in many of America’s largest public corporations.

5. Facebook, with a market cap of $753 billion, the largest social network, has over two billion members and makes its money primarily from advertising. Controlled by founder Mark Zuckerberg, it has found itself under siege by American regulators and politicians who view it as a host for hate speech, poorly regulated by the company.

4. Alphabet, parent of Google, Android, YouTube, Google Maps, and Gmail, controls the search engine market in North America, Europe, and much of the balance of the world. It has been criticized as a monopoly and faces fines, and perhaps a forced breakup. It has a market cap of $1.03 trillion.

3. Microsoft, the “oldest” tech company on the list, has a market cap of $1.63 trillion. Founded in 1975 by Bill Gates, it remains the largest operating system company. It has aggressively moved into the rapidly growing cloud computing market, and also the personal computing hardware industry.

2. Amazon, America’s largest e-commerce company has a market cap of $1.65 trillion. Its online sales were boosted by the pandemic, as people were forced out of physical stores. It has also become the global leader in the rapidly growing cloud computing business.

1. Apple, the world’s most successful consumer electronics company, has a market cap of $2 trillion. Its growth has traditionally been fueled by the iPhone. But it has recently posted large growth in its services business. The launch of the iPhone 12 is expected to give it a shot to its revenue growth.