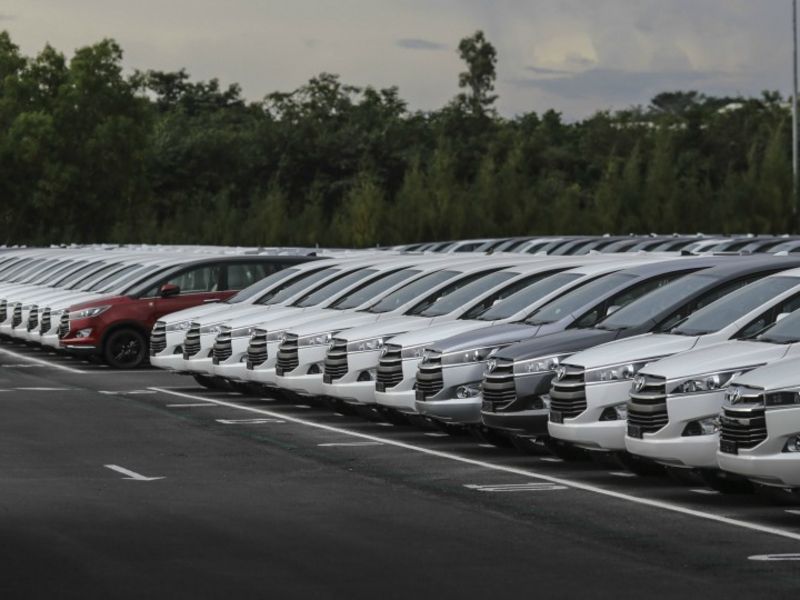 Toyota will not expand further in India due to the country’s high tax regime, a blow for Prime Minister Narendra Modi, who is trying to lure global companies to offset the deep economic malaise brought on by the coronavirus pandemic.

The high levies also put owning a car out of reach of many consumers, meaning factories are idled and jobs are not created, he said.

“The message we are getting, after we have come here and invested money, is that we don’t want you,” Viswanathan said in an interview. In the absence of any reforms, “we won’t exit India, but we won’t scale up.”

“You’d think the auto sector is making drugs or liquor,” he said.

Toyota, which also has an alliance with Suzuki Motor to sell some of Suzuki’s compact cars under its own brand, is currently utilizing just about 20 percent of its capacity in a second plant in India.

Toyota began operating in India in 1997. The automaker owns 89 percent of the local unit, but has a small market share — just 2.6 percent in August versus almost 5 percent the year before, Federation of Automobile Dealers Associations data show.

In India, motor vehicles including cars, two-wheelers and SUVs — although not electric vehicles — attract taxes as high as 28 percent. On top of that there can be additional levies, ranging from 1 percent to as much as 22 percent, based on a car’s type, length or engine size.

Ford, GM out
The additional levies are typically imposed on what are considered to be “luxury” goods. As well as cars, in India that can include cigarettes and sparkling water.

India is planning to offer incentives worth $23 billion to attract companies to set up manufacturing, people familiar with the matter said last week, including production-linked breaks for automakers. International automakers have struggled to expand in the world’s fourth-biggest car market.

General Motors quit the country in 2017 while Ford Motor agreed last year to move most of its assets in India into a joint venture with Mahindra & Mahindra after struggling for more than two decades to win over buyers. That effectively ended independent operations in a country Ford had once said it wanted to be one of its top three markets by 2020.

Taxes on electric vehicles, currently 5 percent, will probably also go up once sales increase, Viswanathan said, referring to what he says has become a pattern with successive governments in India.

While discussions are ongoing between ministries for a reduction in taxes, there may not any immediate agreement on an actual cut, India’s Heavy Industries Minister Prakash Javadekar said earlier this month.

Automobile sales in India were weathering a slump before the coronavirus pandemic, with at least half a million jobs lost. A lobby group has predicted it may take as many as four years for sales to return to levels seen before the slowdown.

The biggest players are the local units of Suzuki and Hyundai Motor, which have cornered the market for compact, affordable cars. Maruti Suzuki India and Hyundai have a combined market share of almost 70 percent.

Toyota in India has largely pivoted toward hybrid vehicles, which attract taxes of as much as 43 percent because they are not purely electric.

But in a nation where few can even afford a car, let alone a more environmentally friendly one, EVs or their hybrid cousins have yet to gain much acceptance. Elon Musk, the billionaire founder of Tesla, has said import duties would make his vehicles unaffordable in India, but in a Twitter post last year, he was more optimistic.

“For other countries, we pay in part for the local factory by selling cars there ahead of time. Also, gives a sense of demand. Current rules in India prevent that, but recent changes in sales tax give hope for future changes.”    — Elon Musk (@elonmusk) August 1, 2019

“Market India always has to precede Factory India, and this is something the politicians and bureaucrats do not understand,” Viswanathan said. Modi’s much-touted Make in India is another program aimed at attracting foreign companies.

India needs to have demand for a product before asking companies to set up shop, yet “at the slightest sign of a product doing well, they slap it with a higher and higher tax rate,” he said.