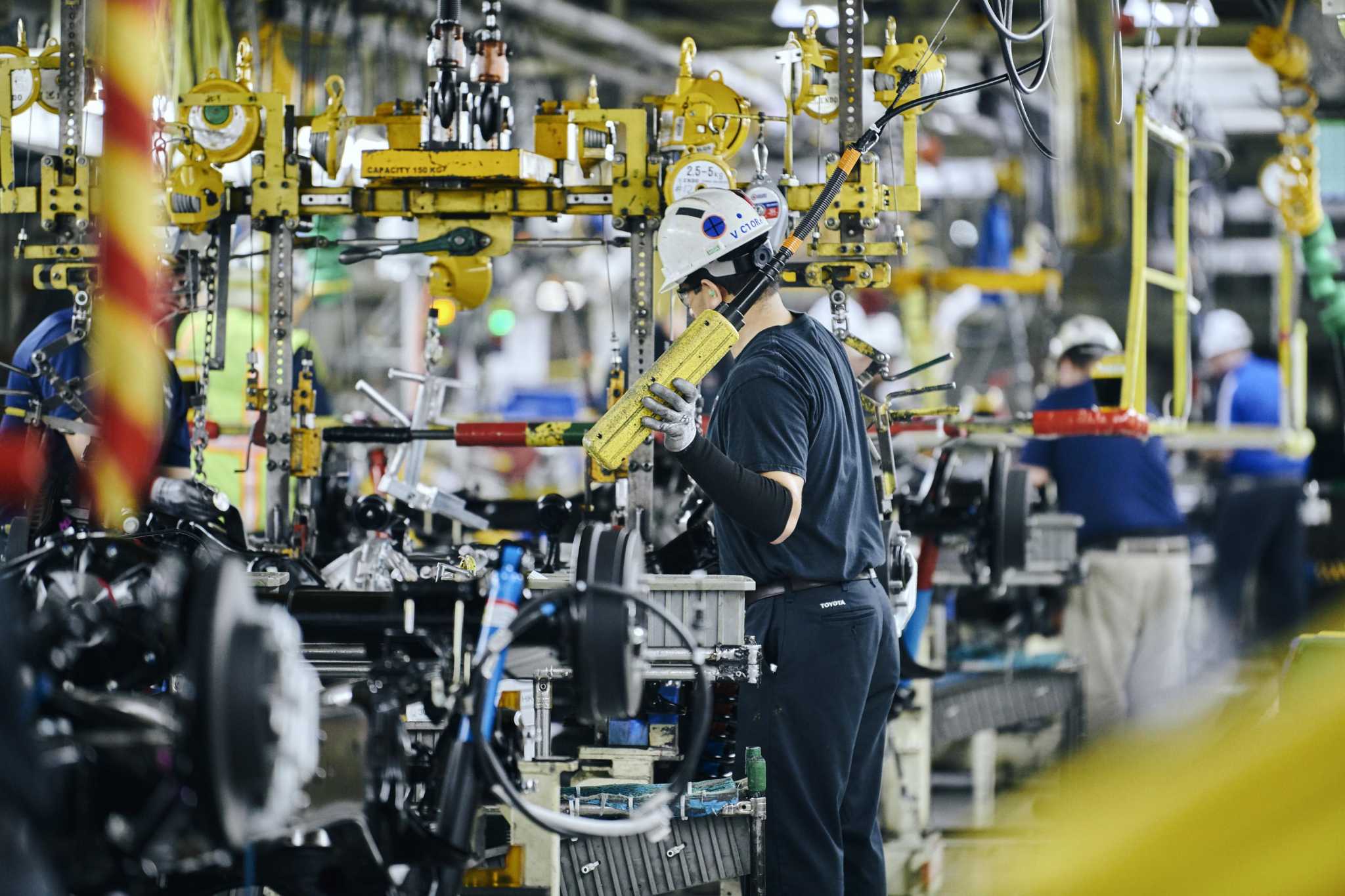 Toyota saw an increase in sales of its San Antonio-made pickup trucks in September, another sign that the auto industry is clawing its way back after sales plummeted in the spring and the pandemic crushed U.S. vehicle production.

Last month, Toyota dealers sold 20,929 Tacomas, the automaker’s top-selling midsize truck. That was up 14 percent compared with September 2019, and an increase from August.

“The increase in sales for both San Antonio-assembled Tacoma and Tundra was due to continued strong customer demand and improved inventory on dealer’s lots,” Toyota spokesman Victor Vanov said.

Despite the September sales boost, sales of Toyota’s two truck models were down for the year. Through September, the company sold over 240,000 trucks, a 12 percent decline compared with the same period last year.

The calendar contributed some to Toyota’s higher sales numbers last month. In September, the automaker had 25 selling days — which refers to every day in the month except Sundays and holidays — compared with 23 selling days in September 2019.

And promotions around Labor Day, which fell on the last weekend of August last year, likely helped raise sales in September, analysts said.

On ExpressNews.com: Toyota truck sales down in August, hurt by drop in production

Even so, the sales figures could signal a turnaround for an industry beset by the economic downturn and travel restrictions and factory closures earlier this year.

“Toyota’s sales for September were impressive. Few manufacturers have had year-over-year sales increases in September, but Toyota did. So that’s quite an accomplishment,” said Michelle Krebs, an analyst with Autotrader. “What’s happening is consumer demand has been surprisingly strong. Not over the top, but consumers have been remarkably resilient during the pandemic.”

So-called fleet auto sales to rental car companies such as Hertz and Enterprise are still down sharply. But retail auto sales have “pretty much recovered to near pre-pandemic levels,” said Jessica Caldwell, executive director of insights at the automotive website Edmunds.com.

“That in itself is a miracle,” she said.

Caldwell said the upcoming holidays and Black Friday could bring another boost in sales.

Still, Krebs suggested Toyota and other automakers aren’t out of the woods yet.

“We are seeing some signs that the fourth quarter has some headwinds coming,” Krebs said.

In addition to big customers such as rental car companies, cash-strapped local governments — which regularly purchase vehicle fleets — may hold back on purchasing new vehicles and dampen the market.

And after federally-expanded unemployment benefits expired in July and most people spent their $1,200 stimulus checks, consumers may have less free cash to spend on trucks.

“We know a lot of people used their last stimulus checks on vehicle purchases, used as much as new,” Krebs said. “We did a survey asking people, ‘If you got a second stimulus check, what would you use it for?’ The (answer) that’s increased over the past few months was a vehicle purchase.”

“So, if we don’t get a stimulus package that includes cash to consumers,” she said, “we could see some of this momentum in sales stall.”