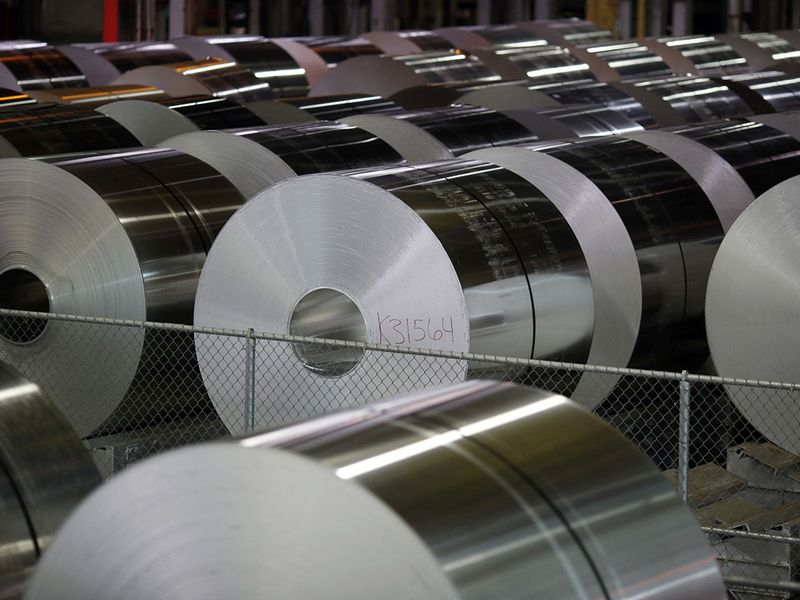 The U.S. announced the removal of aluminum tariffs it slapped on Canada last month.

The decision impacts the 10 percent tariff on non-alloyed, unwrought aluminum and comes a month after the administration reimposed the tariffs on Canada, citing a “surge” of imports coming from the country. During the summer, U.S. Trade Representative Robert Lighthizer expressed concern about recent struggles by American aluminum producers hurting from the flow of metal into the U.S.

Canada threatened a dollar-for-dollar retaliation that was expected to be announced Tuesday. Two Canadian government officials confirmed Canada would drop the counter tariffs on U.S. aluminum following the U.S. announcement.

Groups representing automakers and suppliers expressed concern over the tariff last month, with some in the industry viewing it as another obstacle stacked on top of COVID-19 stress and compliance with the United States-Mexico-Canada Agreement.

While USTR announced the removal of the tariff, it said it “expects” shipments of non-alloyed, unwrought aluminum from Canada will be no greater than 83,000 tons in September and November and no greater than 70,000 tons in October and December, effectively signaling a quota. Canada has not yet made a commitment to a volume limit.

All of this comes in the shadow of President Trump’s re-election efforts, in which major polls show him trailing Democratic nominee Joe Biden in key battleground states.

“After consultations with the Canadian government, the United States has determined that trade in non-alloyed, unwrought aluminum is likely to normalize in the last four months of 2020, with imports declining sharply from the surges experienced earlier in the year,” the U.S. Trade Representative’s office said in a statement. “Accordingly, the United States will modify the terms of the 10 percent tariff imposed in August on imports of Canadian non-alloyed unwrought aluminum.”

A senior Canadian government official stressed the USTR announcement was a U.S. decision to drop tariffs.

“The Chamber welcomes the news that the U.S. will drop the damaging tariffs it recently re-imposed on aluminum from Canada,” Myron Brilliant, EVP and head of international affairs, U.S. Chamber of Commerce, said in an emailed statement. “What American manufacturers need now is certainty that these tariffs won’t make another reappearance. Setting aside these threats once and for all will allow American job creators to focus on economic recovery.”