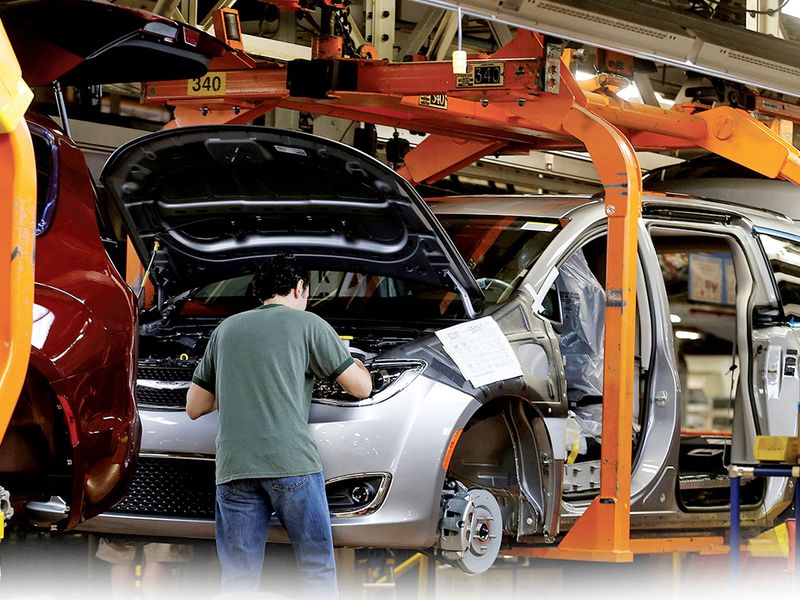 Negotiations between FCA and the Canadian union, which represents about 9,000 workers covered under contracts with FCA, were set to kick into gear this week, pending the ratification of a tentative contract with Ford Motor Co.

The Ford deal, which was agreed to on Sept. 22, included a commitment from Ford to invest $1.95 billion Canadian dollars ($1.46 billion) in its Canadian facilities, with financial support from the federal government. Most of that was slated for Ford’s Oakville, Ontario, plant, which will begin building electric vehicles in 2025, according to Dias.

Securing one or two new models for Windsor Assembly and regaining the plant’s third shift, which employed about 1,500 people until it was cut in July, figure to be Unifor’s top priorities in negotiations with FCA. The job cuts have been a point of contention between the union and FCA since they were announced in 2019.

Sales of Windsor Assembly’s Chrysler Pacifica, also marketed as a Voyager minivan, fell 27 percent in the first half of the year in the U.S. while they plunged 52 percent in Canada. FCA is idling the plant for three weeks, citing “market demand.”

Dias said he was “confident” Unifor and FCA would reach a deal on Windsor Assembly and the automakers’ other plants.

“But will it be difficult? The answer is — no question — yes,” he said.

FCA is similarly resolved, according to an emailed statement to Automotive News: “We are committed to reaching an agreement that will allow us to continue investing in our future and create opportunities for our employees, their families and the communities where we live and work.”