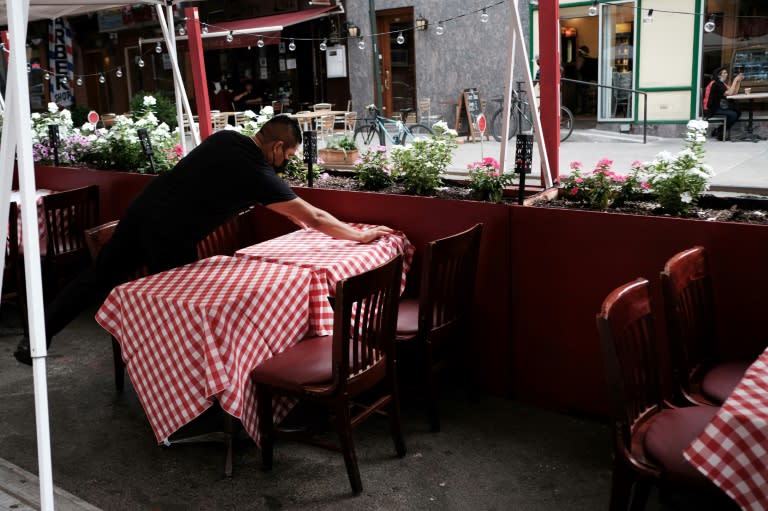 Online sales flatlined while auto sales struggled, but US restaurants and bars saw business surge as more were able to reopen, pushing retail sales up in August, the government reported Wednesday.

Sales gained 0.6 percent compared to the prior month — lower than economists had projected — and July retail sales were revised lower to post a gain of just 0.9 percent, the Commerce Department said.

Despite the generally rising trend, analysts worry it cannot be sustained without more help from Congress to stimulate the economy. Expanded unemployment benefits authorized by lawmakers in late March expired at the end of July.

“These are disappointing numbers, and they’re probably a hint of what’s to come in the wake of the ending of enhanced unemployment benefits,” said Ian Shepherdson, chief economist at Pantheon Macroeconomics.

He noted that sales are “still very depressed compared to the pre-Covid era.”

The data show sales so far this year are 1.8 percent lower than the first eight months of 2019.

After falling in July, auto sales rose a modest 0.2 percent, but that was offset by big jumps in sales of furniture, building material and gardening equipment and clothing.

The biggest gain was in restaurants and bars, which in many areas of the country were able to reopen after shuttering during the worst of the Covid-19 pandemic, pushing sales up 4.7 percent.

But e-commerce, which has been posting large double-digit gains, saw flat sales last month, following its 23.4 percent jump in July.