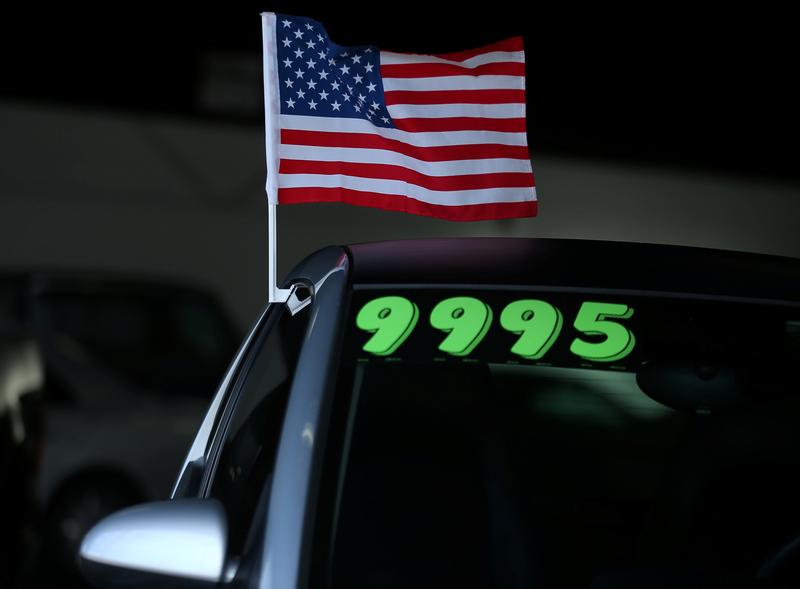 WASHINGTON (Reuters) – U.S. consumer prices rose solidly in August, with the cost of used cars and trucks accelerating by the most in more than 51 years likely as Americans shunned public transportation because of fears of contracting COVID-19.

The report from the Labor Department on Friday also showed a firming in underlying inflation last month, putting fears of deflation to rest. Deflation, a decline in the general price level, is harmful during a recession as consumers and businesses may delay purchases in anticipation of lower prices.

Still, stirring inflation is unlikely to discourage the Federal Reserve from pumping more money into the economy to aid the recovery from the COVID-19 recession amid considerable labor market slack. The U.S. central bank in August rewrote its framework, putting new emphasis on the labor market and less on worries about too-high inflation.

The consumer price index increased 0.4% last month, also lifted by gains in the costs of gasoline, recreation and household furnishings and operations. The CPI advanced 0.6% in both June and July after falling in the prior three months as business closures to slow the spread of the coronavirus depressed demand.

Economists polled by Reuters had forecast the CPI would rise 0.3% in August and climb 1.2% on a year-on-year basis.

Though the Fed’s embrace of what it calls “flexible average inflation targeting” is still shy of many details, in theory it could see policymakers tolerate price increases above its 2% target for a period of perhaps several years to offset years in which inflation was lodged below its goal.

Policymakers have expressed a range of ideas about how this might work in practice, but agree the aim is to let prices rise fast enough that household and businesses take their inflation target seriously. The Fed’s preferred inflation measure, the core personal consumption expenditures (PCE) price index rose 1.3% in the 12 months through July. August’s core PCE price index data is scheduled to be released at the end of this month.

Some economists questioned the need for higher inflation as many households were struggling because of the pandemic.

“For the individual worker, rising inflation is not good news, no matter what the Fed thinks,” said Joel Naroff, chief economist at Naroff Economics in Holland, Pennsylvania.

Stocks on Wall Street were trading higher after pulling back in the previous session. The dollar .DXY was slightly lower against a basket of currencies. Prices of U.S. Treasuries rose.

Though food prices rocketed at the height of the COVID-19 business shutdowns, inflation stayed muted as the pandemic undercut demand for services like healthcare, air travel, dining out and hotel accommodation. High unemployment is also keeping a lid on price pressures despite the Fed’s extraordinarily easy monetary policy and record fiscal stimulus from the government.

Consumers paid less for beef as its price dropped 4.4%. But prices of dairy products rose 1.5%. The cost of food consumed away from home rose again.

Housing inflation cooled further amid forbearance agreements between tenants and landlords and a government moratorium on evictions. Owners’ equivalent rent of primary residence, which is what a homeowner would pay to rent or receive from renting a home, nudged up 0.1%. That followed a 0.2% gain in July.

The cost of recreation rebounded 0.7% after falling in June and July. Prices for household furnishings and operations rose 0.9%, the largest increase since February 1991, likely due to more people working from home. Apparel prices rose 0.6%, advancing for a third straight month. The cost of motor vehicle insurance rose 0.5% and prices of airline fares increased 1.2%.

Healthcare costs gained 0.1% after rising 0.4% in July. But prescription medication prices fell 0.2%. New vehicle prices were unchanged. Education costs fell 0.3%, the first decline since the series started in 1993. Many schools and universities have shifted to online classes because of the pandemic.