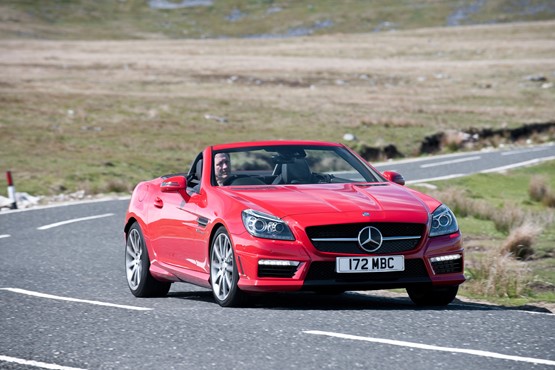 Sales of used sports cars have risen by 82% between June and august, when compared to the same period last year.

Analysis of buying trends at used car retailer CarShop, shows that Brits rushed out to secure sporty models when showrooms re-opened after lockdown.

SUVs were also popular this summer, with an increase in sales of 17% at CarShop.

Nigel Hurley, CEO of CarShop, said: “The surge in used sports car sales across England and Wales doesn’t surprise me – in these distressing times, people are looking for something positive, fun and exciting to distract them from the current climate. Holidays are on pause, weddings and large family gatherings are postponed, so why wouldn’t you treat yourself?”

Regionally, the West Midlands saw a 200% increase in used sports car sales on last year’s figures for the same period, the North West saw a 185% increase, and the East of England recorded a 159% increase. The most popular make and model of all used sports cars purchased was the Mercedes-Benz SLK.

“The data around sports car sales in the West Midlands, North West and the East of England, however, is more unusual. It could be put down to the residents of these largely rural regions – who might already own a practical vehicle – seizing the opportunity of lockdown to buy something with a bigger enjoyment factor, something they could use when zipping around their beautiful countryside surroundings,” Hurley said.

CarShop also reported that the number of used SUV cars sold has similarly seen a year-on-year rise, with an increase of 17%. The most popular was the Kia Sportage.

The area that experienced the largest percentage increase in the number of used 4×4 vehicles was London – with a difference of 35%. The Yorkshire & Humber region and the South West followed closely behind it.

Hurley said: “This figure for London really is astounding. Ordinarily, we would see small cars such as the Fiat Panda and Toyota Aygo owning the roost here but, during this time of home-working and staycations, it seems dwellers are turning to larger, more practical vehicles that will help them to escape the city.”

Consumers are also spending more, according to CarShop, as people in England and Wales paid an average of £11,219 for their vehicles between June and August of this year, compared with £10,008 back in 2019.