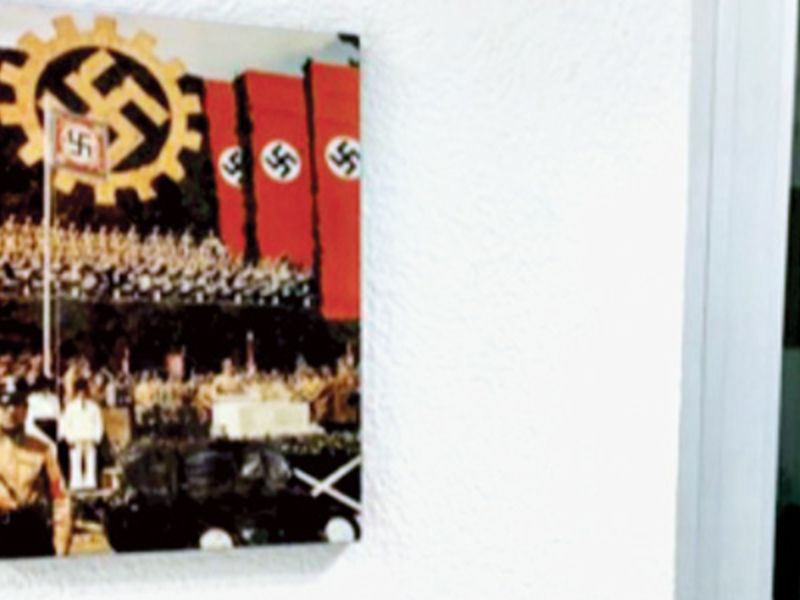 Volkswagen last week cut ties with a Mexico City dealership after photos circulated on social media showing a picture of a Beetle at a Nazi rally hanging inside the store.

Coyoacan Volkswagen said on Twitter that it took down the photo and extended its “greatest apologies” to those offended. The dealership had a number of historic photos of the Beetle on display, including one showing Adolf Hitler speaking at a 1938 rally with swastika flags.

Fernanda Martinez, a writer from Mexico City, tweeted a picture of the image that she took while visiting the showroom and asked Volkswagen to do something about it.

“The fact that their historical memory is an apology for racism causes sadness and deep concern,” Martinez wrote.

Volkswagen responded with a promise to take action and issued a statement condemning the display.

“We strongly disapprove of [the dealership] showing those images at its facilities, which showed a regime that emphasized hatred and discrimination at a point in history that has fortunately been left behind,” Volkswagen said.

Volkswagen, which was founded during Hitler’s Third Reich to build an affordable “people’s car,” is among numerous German companies that have apologized for their role in supporting the Nazi regime.