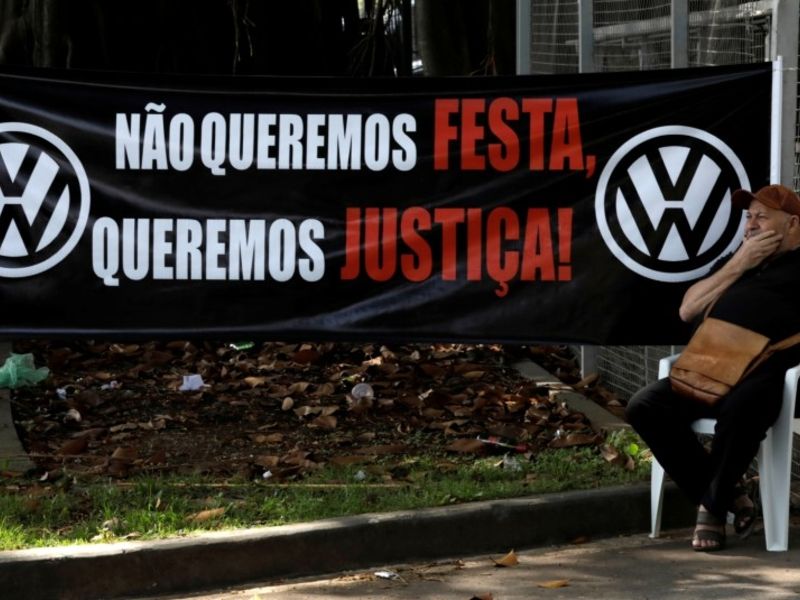 Volkswagen will pay about 36 million reais ($6.5 million) in compensation and donations to atone for the persecution of former employees during Brazil’s 1964-1985 military dictatorship, the automaker said.

A government-appointed commission investigating abuses during Brazil’s dictatorship found evidence that companies including VW had secretly helped the military identify suspected “subversives” and union activists on their payrolls.

Many of the workers were then fired, detained or harassed by police, and were unable to find new jobs for years afterward, a Reuters investigation showed in 2014.

VW said on Wednesday that it had signed a settlement agreement with Brazilian state and federal prosecutors in Sao Paulo that includes a payment of 16.8 million reais ($3 million) to an association of former employees and their surviving dependents. The remainder of the money will be donated to various human rights-related efforts.

The Brazilian prosecutors said in a statement that the deal will settle three investigations started since 2015.

“It is important to deal responsibly with this negative chapter in Brazil’s history and promote transparency,” VW board member Hiltrud Werner said in a Portuguese-language statement from the company.

Christopher Kopper, a historian at the University of Bielefeld who was commissioned by Volkswagen to look into the case, said the settlement would be historic.

“It would be the first time that a German company accepts responsibility for human rights violations against its own workers for events that happened after the end of National Socialism,” he told NDR, SWR and SZ.

Volkswagen said in its statement that while Kopper’s investigation found cooperation between its Brazilian security agents and the military regime, there was no clear evidence that cooperation was institutionalized in the company.