‘We must not forget what happened’ 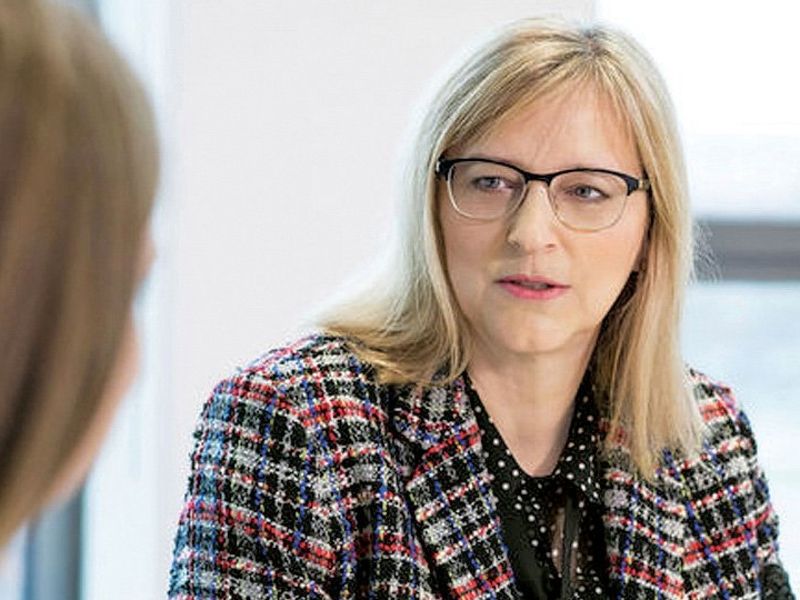 This week, Volkswagen expects to emerge from its U.S. court-appointed monitorship under Larry Thompson. When the former deputy FBI director cleans out his office in Wolfsburg, Germany, it will mark the end of the government’s involvement in the diesel scandal it helped uncover five years ago.

Automotive News Europe Correspondent Christiaan Hetzner spoke with Hiltrud Werner, the VW Group executive board member responsible for integrity and legal affairs, about whether the carmaker still posed a danger to the public. Here are edited excerpts.

Q: A major objective of the 2025 group strategy is to transform the company into “a model of integrity.” Five years after the diesel scandal, how far along are you in reforming a secretive, intransparent corporate culture widely viewed as the underlying cause?

A: Let me start by saying thanks for giving me the opportunity to address this important issue. Secondly, this may seem to be a long period of time, but it isn’t if you’re discussing cultural change.

Five years ago, the mentality among much of the work force was this could all be fixed quickly: Tick off the necessary boxes, get back to business building cars and no one will ever need to talk about it again. Changing this kind of thinking is what motivates the board every day, because we must not forget what happened — not even in 10 years’ time.

Yet Volkswagen refuses today even to admit it committed fraud anywhere but in North America, despite German regulatory body KBA issuing what became a mandatory European Union-wide recall of 8.5 million cars. Anti-corruption advocates Transparency International argue a cultural change is not credible as long as the company contests its wrongdoing.

Volkswagen consented in 2015 to the KBA [recall] notification, rather than choose to dispute its wording. At that time it was assumed it would have no consequences for our legal strategy when it came to damage claims, and Volkswagen wanted the full cooperation of regulators to approve the software fix as quickly as possible in the interest of our customers.

But the legal position of the courts evolved over time, something the company could not have foreseen. Why is there no class action against another southern German car maker even though it paid hundreds of millions in diesel fines? The answer is easy: They officially disputed the KBA notification.

Two years ago your previous CEO said integrity isn’t some esoteric “wellness issue” but has a measurable impact on your reputation, capital market ratings and financing costs. His successor, Herbert Diess, argued economic success is only possible in the long run with a healthy corporate culture. Is this message cutting through?

Again, for cultural change, five years [is] not a long time. When I took office back in 2016, I saw an attitude towards ethics where people felt either you are acting with integrity or not. It took a lot of effort to explain that it is not a black-and-white issue, rather you can compare it to quality assurance when building cars: There’s always room for improvement. Integrity is not about moralism, it’s about professionalism. We can get better all the time in the way we deal with dilemmas and feel more comfortable when talking about unpleasant situations Corporate culture is inherently instable: every minute it is either deteriorating or it improves. And as soon as you lose focus, it begins to degrade. So our job is not over in three years or in five.

Is there a systemic problem at Volkswagen, not just a few rogue employees as the public was told?

Whether it is systemic or not, we are tackling it as if it was. Everyone at the company has to understand the lessons learned from the diesel scandal.

Every department can potentially be the source of a scandal. The next time it could be an antitrust issue, or money laundering or falsifying financial reporting figures, or bribery in procurement. That’s why I said from the very first moment we have to reach all our employees so everyone understands compliance with statutory regulations and internal rules is Volkswagen’s top priority no matter the situation. People need to speak up if they feel unable to meet targets.

According to an October statement from the VW brand’s former finance chief, internal feedback from employees shows many still are afraid to raise their concerns.

Even if more than two-thirds of the work force in the survey you cite said they feel they can go with any problem to their superior or the workers council, that leaves a third that still feels uncomfortable. If they see risks as a problem for the messenger to solve and not the company, that means we just have to work harder to reach 75 percent of our employees, then 80 percent and so on. It’s an ongoing task for us. I am confident we are moving in the right direction and that our cultural shift is now irreversible.

There may be setbacks, but there is no alternative.

One area you expanded as a result was your whistleblower system, which employees can now contact round-the-clock seven days a week. Yet according to VW, there were more than 50 incidents reported via your two independent ombudsmen the year before the scandal broke, none involving diesel. What good is greater accessibility to a system that failed?

Be assured, we changed far more in our whistleblower system than just the intake channels! Going back to 2015, people did not feel it was a channel to which they could reach out when finding themselves in a dilemma situation. They thought it was only if you spotted someone stealing from the company, for example, or doing business with their cousin. The feeling was the whistleblower system had a limited scope and only perceived it as a last resort.

Another reason it had been ineffective is that employees never found out what the consequences were from their tip-off if indeed there were any. It was totally intransparent, and if they do not see action being taken, the system was not trusted. So now we publish statistics every quarter in our company newspaper about dismissals, censures and other forms of disciplinary actions.

When the monitorship ends, what assurances can the company give that a scandal such as the diesel violations never happens again?

Now that we are transitioning into a new phase without the monitor, the next 24 months will be important to see how the company behaves and what actions are taken when issues arise. Then you can judge whether things have really changed. From my perspective, we have already come a very long way.

Achieving full prevention is unlikely, since no one can ensure internal safeguards at a company with 670,000 workers are so robust that nothing ever happens. That’s why the “Together4Integrity” campaign which spearheads our efforts will be in place until at least 2025. We could see isolated incidents, but not a scandal.

And you have the unwavering support of everyone on both the management and supervisory boards, since every executive and director understands this is critical to the success of Volkswagen?

Absolutely. People often ask why companies only take action after a scandal occurs. It’s because they simply do not have a price tag for non-compliance. We at Volkswagen know exactly how expensive it can be. We paid more than €30 billion to learn our lesson. It’s better to invest money on good risk management, on transparency, on our role model program and so on, since anything we do will be far cheaper than another scandal.