West Coast dealerships in path of wildfires ‘hanging in there’ 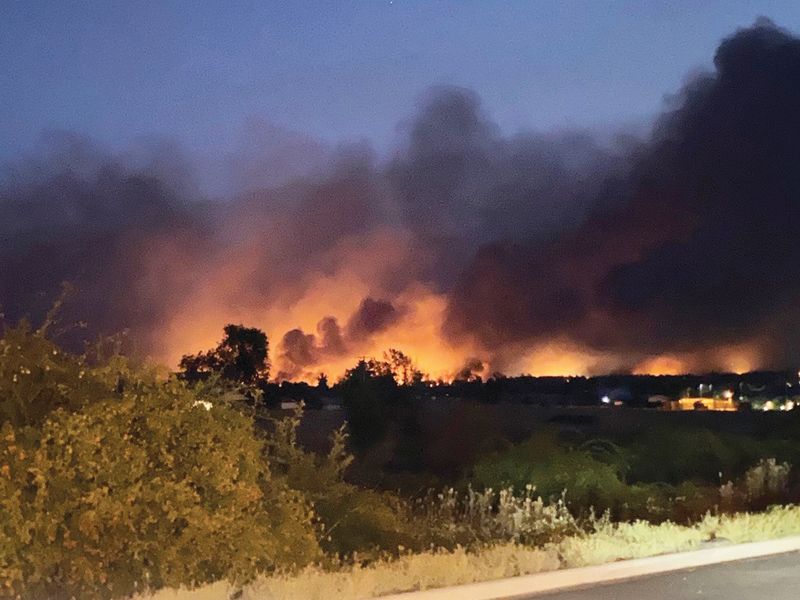 When the sheriff walked into TC Chevy in Ashland, Ore., last week seeking help with fire evacuation of a nearby memory loss care center, the dealership staff immediately went to work.

“We just happened to have four 15-passenger vans in stock,” dealership owner Alan DeBoer told Automotive News. “In less than 15 minutes, we had all of the people loaded and a pickup full of walkers and wheelchairs.”

As wildfires approached the area, DeBoer’s staff evacuated the care center and then the dealership on Tuesday, Sept. 8. DeBoer expected the dealership to be shuttered at least through last weekend. As of late last week, the dealership had no fire damage, but power, water, Internet and phone connections were out at the store.

TC Chevy is among the many dealerships in Western states grappling with the effects of wildfires tearing through the region. Greg Remensperger, executive vice president of the Oregon Automobile Dealer Association, told Automotive News that his members “are hanging in there and they are trying to do what they can. They have optimized all of their vans and vehicles that they can to shuttle people out of the area.”

The fire that caused TC Chevy’s evacuation is blazing between Ashland and Phoenix, Ore. Remensperger described Phoenix as home to 4,500 residents and said 1,000 homes there have been destroyed by the fire. Dealerships in the area will be challenged by connection issues even after the fires, he said.

“The main supply for Internet and cable is all fiber optic, and it all melted in the fire,” Remensperger said. “It’s going to be weeks before that’s replaced.”